Not all stocks are too expensive -- here are five that look especially promising.

The first month of 2018 is in the books, and the S&P 500 added another 6% gain to its already-impressive multi-year bull run. As a result, it is getting more difficult than ever to find attractive stocks to buy. However, that doesn't mean there aren't any out there. Here's why our contributors think Tanger Factory Outlet Centers (SKT 2.76%), International Business Machines (IBM 0.44%), AppFolio (APPF 3.88%), Ventas (VTR 2.26%), and Celgene (CELG) look like great stocks to buy in February.

Matt Frankel (Tanger Factory Outlet Centers): The 10-Year U.S. Treasury yield has spiked to a four-year high during the first few days of February, and this has put tremendous pressure on income-based stocks, particularly real estate investment trusts, or REITs. 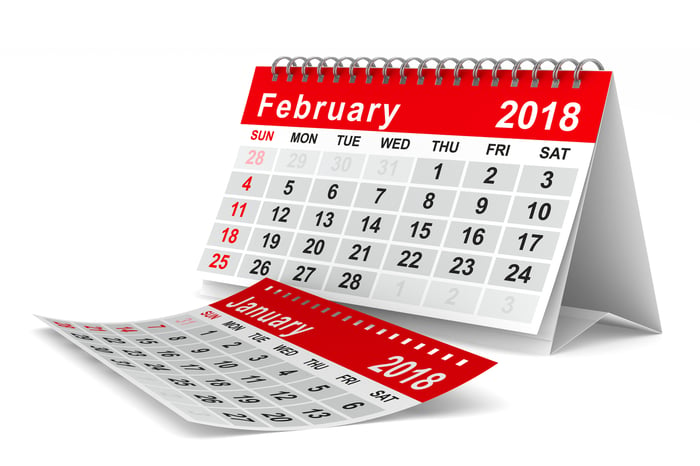 Tanger Factory Outlet Centers is an especially attractive bargain after the recent drop. Retail-oriented investments had already been under significant pressure, and now the stock is down by 32% over the past year and yields more than 5.7%. The stock trades for less than 10 times its 2017 funds from operations -- the REIT version of earnings.

Unlike many retail investments, Tanger's properties are both recession-resistant and e-commerce resistant. Outlet shopping is largely experience-based, and shoppers can often find bargains unavailable online. And as far as recession-resistance goes, as CEO Steven Tanger says, "In good times, people love a bargain, and in tough times, people need a bargain."

Finally, outlet shopping is still a relatively small industry, and there's tons of room to grow. Tanger is in less than half of all U.S. states so far, and if you were to add up all of the high-quality outlet shopping space in the U.S., it would be less square footage than the retail space in Chicago.

To be clear, Tanger should be approached as a long-term investment. If bond yields continue to spike, there's a good chance the stock will drop even more. However, over the long run, Tanger's defensive retail properties and untapped growth potential should produce excellent returns, and the current share price is a long-term bargain.

Tim Green (International Business Machines): Century-old IT giant IBM ended 2017 on a high note, reporting its first quarter of revenue growth in more than five years. The company expects to grow revenue in 2018 as well, a sign that its multi-year transformation is beginning to take hold.

IBM is really two companies in one. The growth businesses, which include cloud computing, artificial intelligence, blockchain, and security, to name a few, make up the company's "strategic imperatives." Revenue from these businesses accounted for 46% of total revenue in 2017, growing by 11%. The rest of the company, consisting of various legacy businesses, isn't doing as well. The net result over the past five years has been declines in revenue each and every quarter.

This dynamic is finally starting to shift. It will only take one more year of double-digit growth for the strategic imperatives to account for the majority of IBM's revenue. These businesses are higher-margin than are those in the rest of the company, so there's plenty of potential for earnings growth once the company overcomes the headwind from tax reform.

Shares of IBM remain depressed despite the company's return to growth. With adjusted EPS of at least $13.80 expected this year, the stock trades for just 11.6 times earnings. And don't forget about the dividend, which yields 3.7% and eats up less than half of adjusted earnings. Now's the time to take advantage of this beaten-down stock, before it's too late.

Brian Feroldi (AppFolio): I'm quite fond of investing in software-as-a-service (SaaS) businesses, because they tend to feature great margins, have lots of recurring revenue, and are benefiting from a secular shift in computing. However, many SaaS providers choose to operate at a loss because they're chasing a growth-at-any-cost strategy. That's not the case at AppFolio.

AppFolio is a SaaS company that primarily focuses on the needs of property managers. The company's cloud-based software helps its clients perform a wide range of tasks to ensure their properties are operating at peak performance -- think billing, collections, tenant screening, background checks, and more. Moreover, the company also sells software that focuses on small legal practices.

Once onboard, AppFolio earns money from its customers in two primary ways. First, customers pay a recurring subscription fee. Second, they pay an additional small fee whenever they use one of the company's optional "Value+" services, which includes payment processing, website hosting, lead management, and more.

A quick glance at the company's history shows that this business model is working like a charm. AppFolio's revenue was $26.5 million in 2013. That number is expected to top $141 million in 2017. What's more, AppFolio has grown large enough to consistently generate a profit, which is a trait that I find highly appealing

Despite this great growth, management estimates that the company's addressable market opportunity for its property management and legal businesses exceeds $7 billion annually. If true, then this business looks capable of growing at an above-average rate for years to come.

Reuben Gregg Brewer (Ventas, Inc.): Ventas is one of the largest healthcare property owners in the United States. It owns senior housing facilities (roughly 50% of net operating income), medical office and research facilities (around 25%), and health systems and hospitals (nearly 15%). The rest of its business is largely made up of loans, acute-care assets, and rehab facilities. What's notably lacking is nursing homes (roughly 1% of net operating income), the least desirable facet of the healthcare real estate sector. Ventas spun off its slow-growth nursing homes in late 2015 so it could focus on higher-growth areas like medical office buildings.

Ventas' shares currently yield around 5.6%. That's toward the high end of the real estate investment trust's yield range over the past decade. The yield spread compared to the S&P 500 Index, meanwhile, is the widest it's been over that span. The market has Ventas on the sale rack even though it is considered one of the best-run healthcare REITs.

The Wall Street voting machine is putting pressure on Ventas' shares because rising interest rates compete with high-yield investments like REITs. But the trends driving this REIT's future haven't changed. For example, 10,000 baby boomers are turning Medicare-eligible daily, the 75-plus age group is the fastest growing age demographic, and those 65 and older spend five times more on healthcare than younger age groups do. All of this spells huge demand for healthcare in the years ahead. And for the property needed to administer all that care.

The best big biotech bargain on the market

Keith Speights (Celgene): The tides have certainly turned against Celgene. Once a Wall Street darling, the big biotech saw its share price tank in the fourth quarter of 2017. The first bad news came on Oct. 19 with the failure of a once-promising Crohn's disease drug, GED-0301, in a late-stage clinical study. A week later, Celgene missed analysts' revenue estimates with its third-quarter results. To make matters worse, the company cut its 2020 outlook.

I thought Celgene was a really good stock before the triple-whammy that hit the biotech in the final months of 2017. Now I think it's an even better pick. Why? Because all of the recent bad news doesn't diminish the fact that Celgene is the best bargain of any big biotech on the market. And it has better growth prospects than most of its peers.

Celgene shares now trade at less than 10 times expected earnings. That's dirt cheap considering all Celgene has going for it. The company's blockbuster blood cancer drugs, Revlimid and Pomalyst, continue to enjoy strong momentum. Despite some headwinds in 2017, sales for autoimmune-disease drug Otezla continue to increase nicely. And Celgene's pipeline is loaded with potential blockbusters.

Celgene expects to grow adjusted earnings per share by 19.5% annually over the next few years. That estimate, however, doesn't include the potential impact from the company's pending acquisition of Juno Therapeutics (JUNO). Celgene CFO Peter Kellogg recently said he thinks the company "will have a really good year" in 2018. I think he's right. This big biotech bargain is a great stock to buy in February.