Shares of camera-maker Eastman Kodak Company (NYSE:KODK) jumped 156.5% in January, according to data provided by S&P Global Market Intelligence, after announcing a surprise initial coin offering. It became one of the stocks to capitalize on the coin and blockchain craze, but its gains may not last long.

On Jan. 9, 2018, Kodak announced that it would partner with WENN Digital to launch an image-rights platform called KODAKOne and a "photo-centric cryptocurrency to empower photographers" called KODAKCoin. Shares more than doubled the day of the announcement and would go on to nearly quadruple their January 8 price within a matter of weeks. 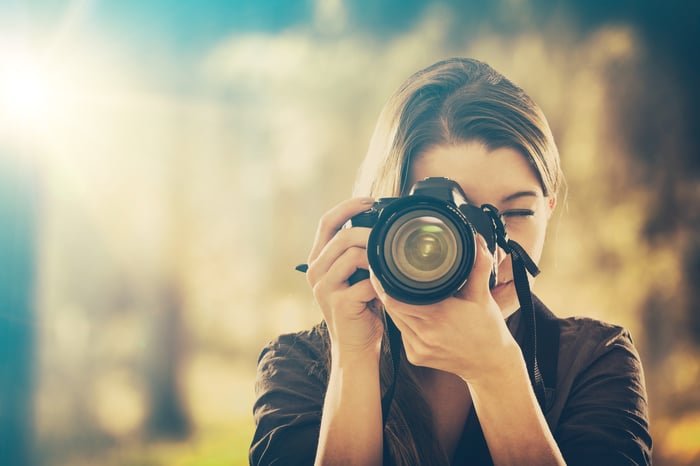 But Kodak's stock has run into problems in the last two weeks after management announced it would have to delay the coin offering to verify buyers' accreditation. We only know that the delay could last several weeks, and in the meantime, the price of cryptocurrencies has crashed.

Kodak's stock move was one of pure speculation and eventually, most of the gains were given back by the market. While it may seem attractive to jump into a company betting on cryptocurrencies, you can see by the stock's movement in the past month alone that the space can be very volatile. If Eastman Kodak doesn't improve its core business, I don't see it as a long-term buy for investors, and I don't think a cryptocurrency is the answer right now.