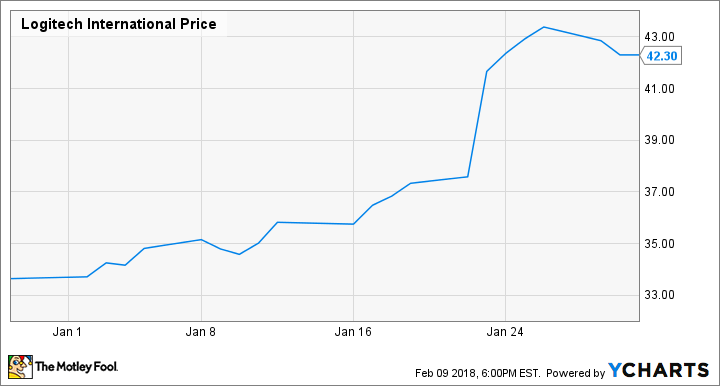 Logitech's core segments performed well in the December-ended quarter, with sales for gaming products up 62% year over year, the mobile speaker segment up 34%, and video-collaboration hardware up 29%. This momentum pushed overall revenue up 22% year over year despite a 4% sales decline for the PC peripherals segment, delivering the company's best-ever sales period. The report marked the ninth consecutive quarterly earnings beat for the company. 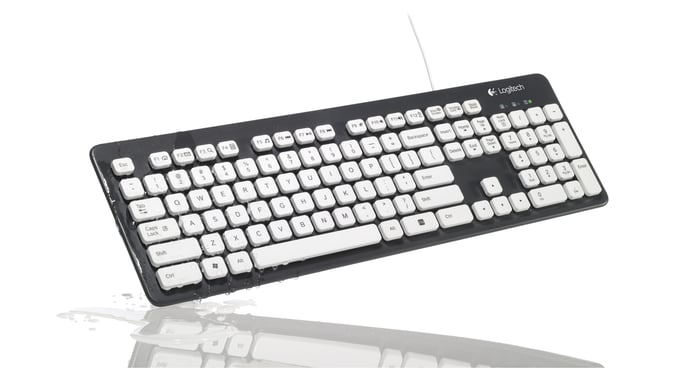 Logitech has given up much of its post-earnings share-price gains, with the stock down roughly 10% in February so far. Shares still don't look particularly cheap, trading at roughly 25 times forward earnings. But the company has built up a great brand by consistently delivering high-quality products, and has promising growth drivers on the horizon that could translate to long-term stock gains.

Logitech is seeing momentum for connected-home products like its Alexa-enabled smart-home speakers, and has plenty of room to grow in the broader space. Its recent acquisition of peripheral company Astro Gaming could also translate to sustainable growth in the console accessory market.

The company actually sees itself gaining share in most of its product categories, but it expects demand for PC accessories to face pressure as computing use continues to shift to mobile devices. That's troubling because PC has been one of the company's most important markets, and traditionally delivered its best margins. Future stock performance will likely hinge on the extent that Logitech's growth businesses outstrip gradual declines for computer accessories.