In the internet age, no two stocks have wowed the market like Netflix (NASDAQ:NFLX) and Amazon (NASDAQ:AMZN). Both companies disrupted major industries -- Netflix shaking up video entertainment, and Amazon redefining retail, among others -- and reaped tremendous returns along the way. As a result, Netflix's stock price has skyrocketed more than 26,000% since its 2002 IPO, while Amazon stock is up about 8,000% over the same period, and up more than 80,000% since its own 1997 market debut.

And both have delighted investors more recently as they continue to deliver strong revenue growth. In the past year alone, Netflix is up a whopping 117% while Amazon has gained 84%. Together, they are half of the vaunted group of "FANG stocks" that have both propelled and outperformed the market in recent years.

If you're debating whether to buy Amazon or Netflix, the best answer is probably to buy both, given their past performance and prospects. But if you had to choose just one, which is the better stock to buy today? 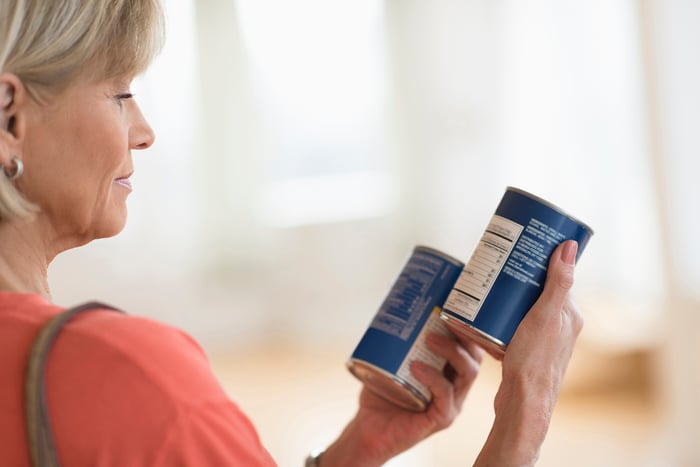 Market outperformance often comes down to besting the competition, and Amazon and Netflix have attracted plenty of rivals.

Netflix pioneered the transition away from cable TV, first disrupting video rental stores with its DVD-by-mail model, then launching a streaming video service and producing its own programming. With its huge content budget, projected to reach $8 billion this year, Netflix is rewriting the rules of Hollywood, attracting top talent like Grey's Anatomy's showrunner Shonda Rhimes and Glee's Ryan Murphy, and changing the way people around the world consume entertainment. Thus far, Netflix's growth has not been derailed by the entries of Amazon, HBO, Hulu and others to the streaming scene, but it could face the biggest challenge to its leadership yet when Walt Disney (NYSE: DIS) debuts its own services, especially if its acquisition of Fox's entertainment assets goes through.

Disney expects to launch ESPN Plus, a sports-based streaming service, in the coming months, and has a more general-entertainment streaming service on track to debut next year. Disney will also become the majority owner of Hulu with its acquisition of those Fox assets.

However, thus far, Netflix CEO Reed Hastings' contention that there's plenty of room in streaming for multiple competitors has proven true: Millions of subscribers are already paying for more than one service. Therefore, Disney's entry is not necessarily a negative for Netflix.

Amazon, meanwhile, competes in so many different industries that virtually every large tech and retail company is a competitor, and with its steps into healthcare and logistics, it's making waves in still more markets. More often than not, Amazon is setting the tone in the industries where it operates. Supermarket stocks, including Walmart and Costco, were leveled by its acquisition of Whole Foods, and it took the wind out of health insurance stocks when it announced its plans with Berkshire Hathaway and JPMorgan Chase to shake up the U.S. healthcare system. As Amazon's plan to offer free two-hour delivery from Whole Foods to Prime members shows, the e-commerce giant poses a bigger threat to traditional supermarkets than they do to it. Finally, its Prime loyalty program gives it a network of competitive advantages that are unmatched by any of its rivals. The appeal of free two-day shipping, video streaming, and its other bundled services have attracted an estimated 80 million U.S. members, giving Amazon leverage to attract still more new customers and grow its market share across a range of industries. Overall, it's a significant competitive moat.

Both Netflix and Amazon have put up consistently strong growth numbers, with revenue growth of 20% or more in nearly every quarter for the last decade.

Netflix still has an ample growth path ahead: Even five years ago, Hastings predicted his company could hit 60 million to 90 million subscribers in the U.S. Today, it has 55 million, and is still showing a strong growth curve. But the international market should be much richer as the company has only started to penetrate regions like Asia. As internet speeds and smartphones improve in the coming years, Netflix has an opportunity to triple its subscriber numbers, and could grow its top line even faster, given that it could easily raise its prices. The service offers considerable value, and its appeal is only likely to grow as the company spends even more on content. Consumers' general non-response to its recent price hike demonstrated that Netflix's service is stickier than some investors give it credit for.

Amazon, on the other hand, has a number of promising growth opportunities ahead of it, including in e-commerce, groceries, cloud computing, advertising, and voice-activated technology. Its entry into business segments like advertising again demonstrates the power of the company's competitive advantages and its flywheel. CEO Jeff Bezos has shown time and again that his company will dive headfirst into any emerging market, which gives the company optionality -- in other words, the possibility that it will be able to deliver growth from business segments that it doesn't even compete in today. Case in point, its cloud-computing division, Amazon Web Services: A decade ago, that wasn't on anyone's radar. Now, it's a huge profit center for the company.

Both companies trade at sky-high valuations: Netflix has a P/E of 254, while Amazon's is a nearly identical 256. However, those numbers seem justified as profit growth is ramping up at both companies.

Of the two, Netflix seems like it faces a greater set of risks today. The stock has already surged 64% this year, which could set it up for a pullback, especially as Disney enters the streaming scene. Amazon, meanwhile, has the foundation of AWS underpinning its profit growth, and its network of competitive advantages should lead to consistent gains in categories like advertising.

Amazon, however, is the much bigger company of the two, meaning it can't grow much more before becoming a trillion-dollar company -- possibly even the first one.

Still, based on price and competitive strengths, I'd call Amazon the better buy. The e-commerce giant has an unmatched set of competitive advantages, more avenues of growth, and is better protected from a pullback. Netflix is a riskier stock, but its long-term potential makes it worth owning as well.