Most of Lynch's investing "secrets" are rather easy to learn.

Peter Lynch is widely regarded as one of the best investors in history, having achieved annualized returns of 29.2% over a 13-year period from 1977 through 1990 as the portfolio manager of the Fidelity Magellan Fund, a mutual fund that aims to use growth stocks to outperform the overall stock market. Fortunately for average investors, most of Lynch's investment techniques aren't too difficult to learn -- in fact, many of them can be rather easy to implement in your own portfolio.

If you aren't familiar with Peter Lynch's career, here's a little background.

From 1977 to 1990, Lynch was the portfolio manager of the Fidelity Magellan Fund, which scored a phenomenal 29.2% annualized rate of return. Just to illustrate how impressive this performance is, consider that a hypothetical $10,000 investment that earned this return for 13 years would have grown to nearly $280,000.

In fact, there's often a debate about whether Peter Lynch or Warren Buffett is the greatest investor of all time. With 54 years at the helm of Berkshire Hathaway, and 20.9% annualized returns, Buffett's longevity often earns him the "best of all time" title, but there's a solid argument to be made that returns of nearly 30% sustained over a 13-year period are just as impressive. 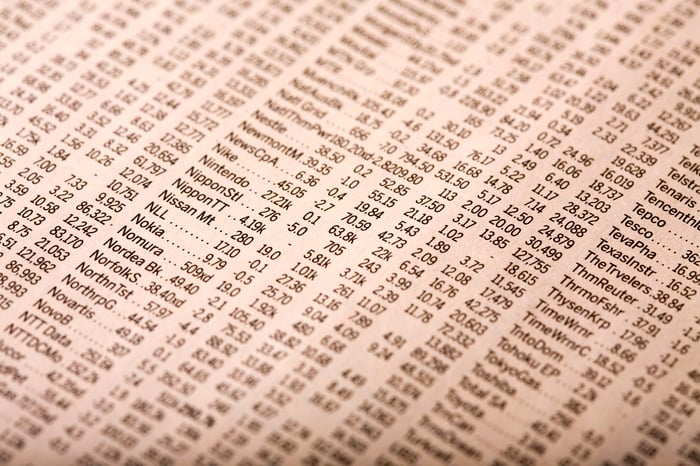 Have a solid understanding of how businesses and the markets work

I wholeheartedly believe that Lynch's book Learn to Earn: A Beginner's Guide to the Basics of Investing and Business should be required reading for every young adult in the U.S.

Basically, it gives an excellent overview of how business evolved to the present state, some basic but useful concepts about investing and the stock market, such as how to read a stock quote and what you need to pay attention to when reading a company's annual report. Lynch once said "behind every stock is a company. Find out what it's doing," and by reading annual reports, investors can do just that.

Obviously, the book has far more information than I can discuss here. However, you would be surprised at how many people who consider themselves to be savvy stock investors don't know some of these basic concepts.

So, if you want to invest like Lynch, I suggest you start by making sure you have a strong foundation of basic concepts.

Only invest in what you understand

This is perhaps Peter Lynch's most famous investing lesson he shared with readers of his most well-known book One Up on Wall Street. Lynch believes that the average investor's best bet is to stick with companies that they understand well. For example, I generally don't understand biotech companies, so I don't invest in them. However, I can thoroughly explain the business models of most banks, real estate investment trusts (REITs), insurance companies, oil companies, utilities, and some tech companies, so this is primarily what you'll find in my portfolio.

Lynch also advises that consumers can spot trends that don't necessarily show up in Wall Street analysts' numbers. For example, if you notice (not that this is actually happening) that a certain retailer's stores seem to be getting busier and busier, it could be an indicator that profits are about to rise. As a real-world example, if you had recognized the potential of original content to streaming services like Netflix when House of Cards premiered in 2013, you'd be up 1,190% on your investment today.

In other words, shopping, driving, dining out, or watching TV can be some of the best sources of investment ideas.

Peter Lynch's performance at the Magellan Fund is even more impressive when you consider the sheer number of stocks the fund owned. In fact, the Magellan Fund had more than 1,000 individual stock positions at times, more than five times the number held by the average equity mutual fund.

Lynch believed strongly in diversification, or spreading your investment dollars around, in terms of industries, company size, and growth potential.

However, a key point is that Lynch doesn't believe in diversification just for the sake of reducing risk. Lynch refers to this as "diworseification." Lynch's goal was to build a portfolio that was diversified, but was also full of only the best stocks at all times. In other words, Lynch wouldn't buy an energy stock simply because he didn't have enough exposure to the energy sector -- unless he could find an energy stock that was a well-managed company at a reasonable valuation (price relative to the intrinsic value of the business)and with compelling growth potential.

One reason is that everyday investors have the advantage of smaller scale. Simply put, it's easier to double $10,000 in the market than it is to double $10 billion.

For starters, smaller investors can invest in smaller companies that Wall Street may be overlooking. While Lynch believed that the stocks of large, well-covered companies traded in a fairly efficient manner, he believes that it's quite common for smaller, less-followed companies to be mispriced.

It can certainly be difficult to find compelling small-cap investments, and the best advice I can give you is to read and research all you can. To give you some ideas, take a look at this recent article by my colleague Brian Stoffel with five small cap stock ideas. While he definitely has some good ones, more important than the stocks themselves are his reasoning behind each.

This is one reason why Lynch bought so many stocks in the Magellan Fund's portfolio -- he focused on buying lots of well-managed, small, rapidly growing companies that other professional investment managers were ignoring.

Do some research, and then do some more

I realize that investors like Peter Lynch make it look easy. However, don't be mistaken -- Lynch was extremely dedicated when it came to researching stocks.

Lynch believed that the more stocks he evaluated, the better his odds of finding the best ones to invest in.

And while Lynch advises people to learn some basic investing metrics, you don't need to be a mathematical genius to use them. Among Lynch's favorite metrics for investors to learn, which are all explained in depth in One Up on Wall Street:

Forget about trying to time the market -- think long-term

Another advantage that Lynch believed smaller investors have over professionals is a long time horizon. Even if a mutual fund generally employs buy-and-hold strategies, the managers are often still worrying about the returns they produce in any given year.

As Lynch said, "Absent a lot of surprises, stocks are relatively predictable over 10-20 years. As to whether they're going to be higher or lower in two to three years, you may as well flip a coin to decide."

Keeping a long-term mentality can prevent you from making rash decisions, or trying to time the market, which can be quite costly.

In fact, the average investor dramatically underperforms the market over time. In fact, the average equity fund investor has generated annualized returns of less than 4%, while if they would simply have invested in an S&P 500 index fund, they would have achieved 10.2% returns. One big reason is that investors move in and out of their investments far too often. In other words, it's common knowledge that one of the main principles of investing is to "buy low and sell high," but the average investor ends up doing the exact opposite.

There are several other advantages to investing for the long run. For one thing, you'll pay lower long-term capital gains tax rates when you sell investments at a profit. You'll also likely save money on commissions by moving in and out of positions less often than you otherwise would.

To recap, here's what you need to do if you want to invest like Peter Lynch:

While there's no way to guarantee returns as impressive as Peter Lynch achieved during his career, learning his methods can put you in a better position to capitalize when the economy is strong, and to protect yourself when the economy turns sour.