Please ensure Javascript is enabled for purposes of website accessibility
Log In Help Join The Motley Fool
Free Article Join Over 1 Million Premium Members And Get More In-Depth Stock Guidance and Research
By Dan Caplinger - May 3, 2018 at 4:32PM

Get the latest on how these stocks helped the market recover.

The stock market suffered another bout of turbulence on Thursday, with the Dow Jones Industrial Average falling nearly 400 points before fully recovering its losses. Major benchmarks have had to deal with big whipsaws in light of ongoing earnings releases from some of the nation's largest companies, as well as geopolitical and macroeconomic pressures both domestically and internationally. Yet a combination of solid earnings and other good news lifted shares of many companies higher. Logitech International (LOGI -3.32%), Shopify (SHOP -6.15%), and El Paso Electric (EE) were among the best performers on the day. Here's why they did so well.

Logitech has more than peripheral gains

Shares of Logitech International rose 9% after the maker of computer peripheral equipment released its fiscal fourth-quarter financial report. The company reported record sales for the full fiscal year, rising 16%, and adjusted earnings per share were up 13% from fiscal 2017 levels. Logitech got major contributions from its gaming, video collaboration, and tablet and accessories segments, offsetting some weakness in the mobile speaker category. Moreover, investors were upbeat about Logitech's fiscal 2019 outlook, which included calls for sales gains in the high-single-digit percentages. In a rapidly evolving category, Logitech has done well to keep up with the pace of change and remain relevant in the tech industry. 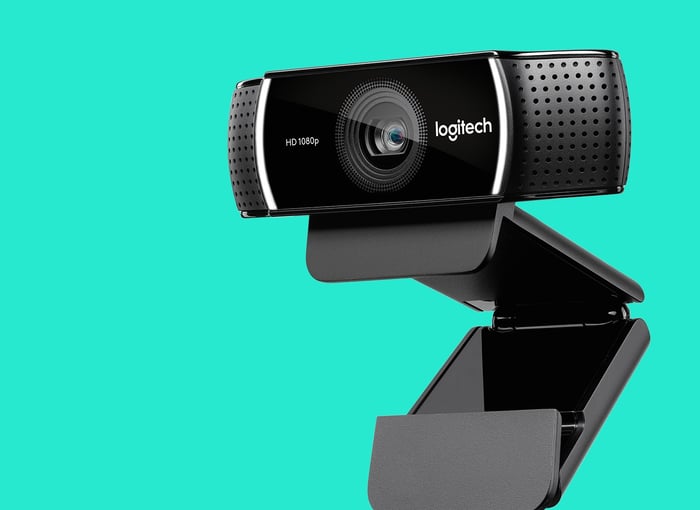 Shopify stock gained 8%, clawing back some of its losses from Tuesday in the wake of the e-commerce specialist's first-quarter financial results. Shares had fallen almost 7% in the two-day period following the Tuesday morning release of earnings, reflecting some disappointment about the slowing pace of growth for the company. Yet today, investors seemed to refocus their attention on the fact that Shopify's growth rates are still excellent, including gains of 68% in overall revenue, 64% in gross merchandise volume, and 57% in monthly recurring revenue. Moreover, some analysts have said that the post-earnings dip was a good buying opportunity, and there's little dispute that Shopify has some huge growth possibilities in front of it despite its past success.

Finally, shares of El Paso Electric jumped nearly 7%. The electric utility reported a net loss for the first quarter of 2018, with the Texas-based company saying that winter seasonality was responsible for what historically has been a weaker part of the year. Most of El Paso Electric's customers use electricity for air conditioning in the hot Southwest. Yet the adjusted net loss narrowed slightly from year-earlier results, and the utility still believes it will be solidly profitable for the full 2018 year. With plenty of trends favoring greater electricity use in the future, El Paso Electric could see significant growth in the years to come.