A new survey released by the Employee Benefit Research Research Institute (EBRI) last month showed some encouraging results for retirees. After tracking the non-housing assets, which included non-primary residences, IRAs, stocks, cash, etc., for retirees, EBRI found that "retirees generally exhibit very slow decumulation of assets" (or the spending down of assets to fund retirement) during their first 20 years of retirement.

Of course, it's very likely these retirees were not living the high life in their retirement, particularly the ones that began with less than $200,000 in retirement assets. So, how did the retirees in this survey manage to hold onto a large percentage of their assets for so long? Much of it had to do with their spending habits. 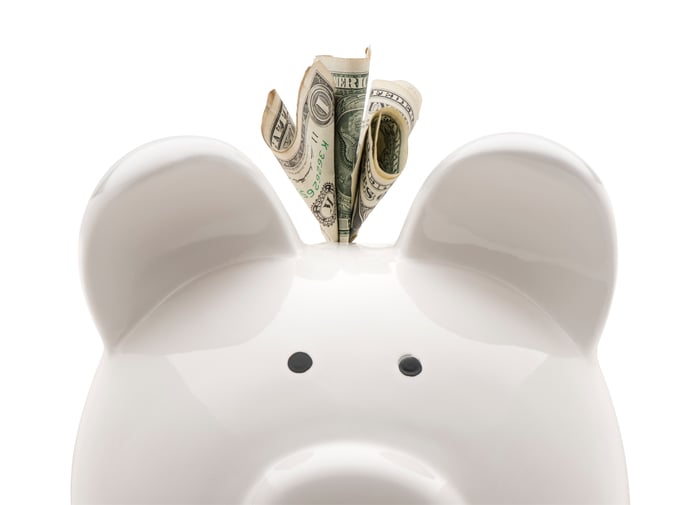 How some retirees are making their money last

Many retirees in this study were able to hold on to most of their assets by mainly spending their Social Security and pension money, and only very conservatively tapping into their retirement funds.

The survey explained why some people may be cautious to tap into their assets, including the fact that people don't know how long they're going to live, so they cut their spending down to ensure that money in their retirement accounts last longer. EBRI said other people might not have known a safe rate for spending down their assets, and so they held onto most of them. Still, others in the survey have built up a "saving habit throughout their working lives" and found it hard to start spending in retirement.

Whatever the reason, there was one group of retirees that were able to hold onto the greatest amount of their retirement savings: pensioners. Unsurprisingly, people with a pension had spent just 4% of their non-housing assets after 20 years of retirement, compared to 34% for those without a pension.

The research said that the "majority of retirees had limited their spending to their regular flow of income and had avoided drawing down assets, which explains why pensioners, who had higher levels of regular income, were able to avoid asset drawdowns better than others."

What this means for retirees in general

Some of the findings from this survey won't apply to all retirees, especially since about 39% of Americans say that they don't have any money set aside for retirement, according to the Social Security Administration.

Additionally, retirees should keep in mind that as they age, beyond the 18 to 20 years this survey tracked, there likely will be unexpected bills that will pop up. The life expectancy in the U.S. is 76 years for men and 81 years for women, so even if your retirement funds last longer than you expected, you could have a significant amount of retirement years where expensive medical assistance may be needed.

If you're unsure how you can make your own retirement savings last, first make sure that you're working as long as possible (and delaying taking Social Security) and you may want to even consider working part-time after you've retired to keep some income coming in. Finally, remember that it's always a wise decision to revisit your retirement planning strategy and make sure that you're on track. If you don't have a strategy yet, then start here.