Please ensure Javascript is enabled for purposes of website accessibility
Log In Help Join The Motley Fool
Free Article Join Over 1 Million Premium Members And Get More In-Depth Stock Guidance and Research
By Daniel Miller – May 11, 2018 at 1:40PM

Shares of Westport Fuel Systems (WPRT -2.07%), a provider of high-performance, low-emission engine and fuel systems, are down 10% as of 11:20 a.m. EDT after the company reported its first-quarter results.

Westport's consolidated revenue jumped 13% higher to $67.7 million and earnings from continuing operations improved 1% to a loss of $12.7 million. Net loss from continuing operations was $0.10 per share. It was a tough quarter, but there were some improvements to highlight, such as a 26% year-over-year reduction in research and development expenses and a 56% decrease in capital expenditures. 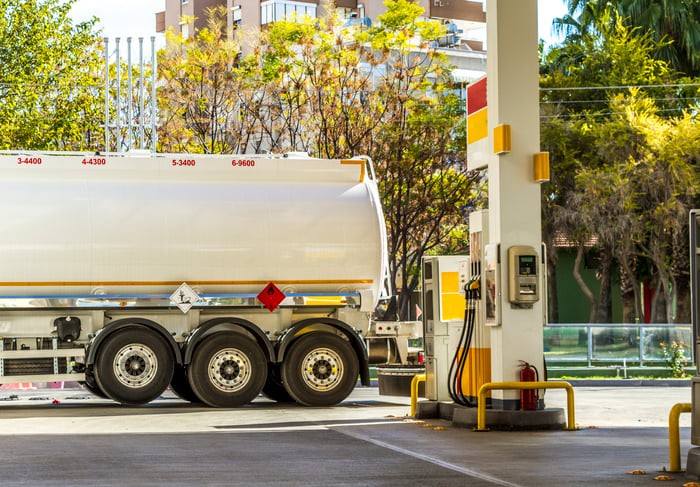 "We started 2018 with improved underlying performance across our business," said CEO Nancy Gougarty in a press release. "Overall, revenues have increased from Q4 2017 and over the prior year quarter, and we are on track to achieve positive adjusted EBITDA during the second quarter of 2018."

Despite some improvements and cost-cutting, there's no covering up that it was a disappointing quarter from a struggling company, including the fact that its consolidated gross margin dropped and that profitability seems out of reach in the near term. Furthermore, with the reduction in research and development spending, investors have to wonder if Westport will be able to innovate future products to sustain its business. The company is stuck between a rock and a hard place, and today's 10% decline -- and the stock's 28% plunge in March -- emphasizes just that.