Please ensure Javascript is enabled for purposes of website accessibility
Log In Help Join The Motley Fool
Free Article Join Over 1 Million Premium Members And Get More In-Depth Stock Guidance and Research
By Dan Caplinger - May 30, 2018 at 4:29PM

Find out how a charitable organization helped lift one of these stocks.

The stock market rebounded sharply on Wednesday, and major benchmarks recovered most of the ground they lost on Tuesday, posting gains of around 1%. Concerns about financial difficulties in the Italian economy seemed to ebb in investors' minds, as those looking more closely at the problem came to the conclusion that U.S. exposure to any troubles the European Union might face as a result of pressure on its common currency wouldn't be as large as initially feared. In addition, some good news from several parts of the market improved overall sentiment. Movado Group (MOV -1.16%), Fiat Chrysler Automobiles (FCAU), and Exact Sciences (EXAS 0.83%) were among the best performers on the day. Here's why they did so well.

Shares of Movado Group soared nearly 17% after the watchmaker announced its fiscal first-quarter financial results. The company said that sales soared 28% from year-ago levels, powered by a combination of strong organic sales growth, the acquisition of Olivia Burton, and a nice boost from currency-related impacts. Movado also said it now expects better performance throughout the current fiscal year than initially expected, including revenue of $615 million to $625 million, $10 million higher than its previous forecast, and adjusted earnings of $2.35 to $2.40 per share. After a long period of struggling under the weight of retail industry difficulties and a need for innovation in the watch and wearables space, Movado appears finally to be gaining positive momentum. 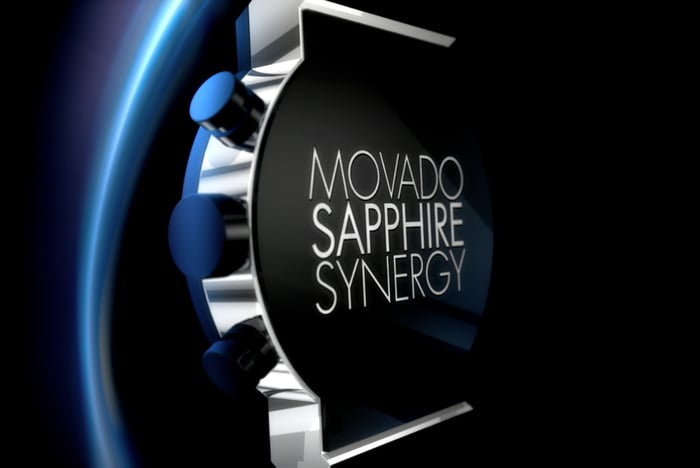 Fiat Chrysler Automobiles stock climbed 6% as investors wait for the automaker to give a road map of its strategic vision for its future after the departure of current CEO Sergio Marchionne. Speculation is rampant about which direction Fiat Chrysler will take, but many believe that the recent underperformance of its namesake Fiat and Chrysler car models will push the automaker to emphasize its Jeep line of SUVs. Some also point to the success of the ultra-luxury Maserati line, especially as the economy has continued to improve. Investors seem excited at the prospect of seeing more insight from the company, but maintaining global balance across markets with very different consumer preferences will require finesse from Fiat Chrysler.

Exact Sciences gets a healthy bounce

Finally, shares of Exact Sciences rose 11%. The maker of the Cologuard test for colon cancer gained ground after the American Cancer Society said that people should get regular screenings for colorectal cancer five years earlier than previously recommended, at age 45 instead of 50. Those with normal risk levels should continue to get regular screenings through the age of 75, according to the organization, and it suggested that acceptable screening procedures included either a high-sensitivity stool test or visual examination. Stock analysts downplayed the potential impact on Cologuard sales volume, but shareholders seem convinced that anything that highlights the importance of colon cancer awareness is a positive for Exact Sciences.