SolarEdge, Insulet, and NVIDIA have all rewarded their shareholders handsomely -- and there's likely more where that came from.

All investors love to see the companies they're investing in experience huge share price gains. But long-term investors need more than just short-term price spikes. They need to find companies that know how to grow their business -- and their stock prices -- for years to come.

The great news is that there are plenty of companies that have not only doubled their share price over the years, but are also solid long-term investments. We reached out to three Motley Fool investors to find companies that fit that description. They came back with SolarEdge (SEDG -1.46%), Insulet (PODD 0.61%), and NVIDIA (NVDA -0.86%). Read on to find out why. 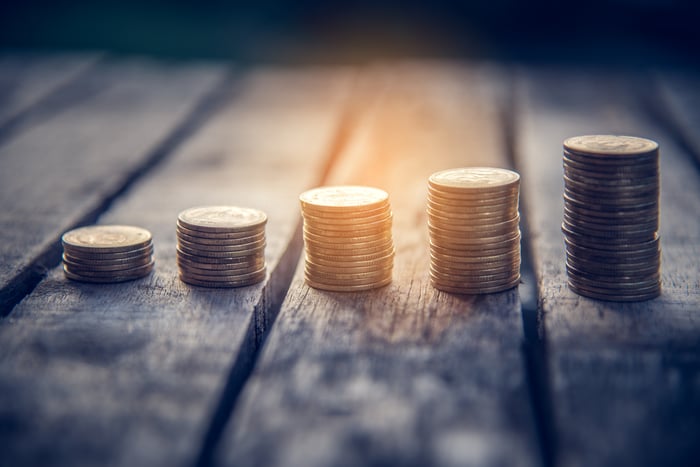 The future is so bright, I gotta wear shades

Anders Bylund (SolarEdge): This Israel-based maker of power management tools for solar panels has seen share prices more than triple over the last 52 weeks. The stock still looks downright cheap, even after that massive surge.

SolarEdge's strongest business advantage lies in its unique lineup of so-called power optimizers. These little boxes convert the direct current from each solar panel in your array into a precisely tailored flow of active current, ready to combine with the optimized active current streams from the rest of your solar panels in a form that's readily usable by the inverter. This is different from the traditional system design, known as a string inverter, where every panel must supply the exact same amperage, and the lowest performer in your panel array sets the limit for all the panels.

This advanced power management technique squeezes just a little more performance out of your average solar power system. For example, the little array on my own roof averaged a production of 183 kWh per panel over the last month. One laggard of the bunch stopped at just 172 kWh, which is about 6% below the array's average performance. Limiting the whole setup to that particular panel's lower level would have reduced the total output of the entire system by about 6%. I'd call that a significant difference.

Consumers and businesses around the world are embracing SolarEdge's advanced technology, making a big difference to the company's financial statements. Trailing sales have more than doubled over the last three years, while adjusted earnings and EBITDA profits multiplied fivefold. Free cash flows are skyrocketing even faster. Importantly, cash profits are rising more quickly than the accounting structure we know as earnings. That's a tax-effective way to produce high-quality profits. 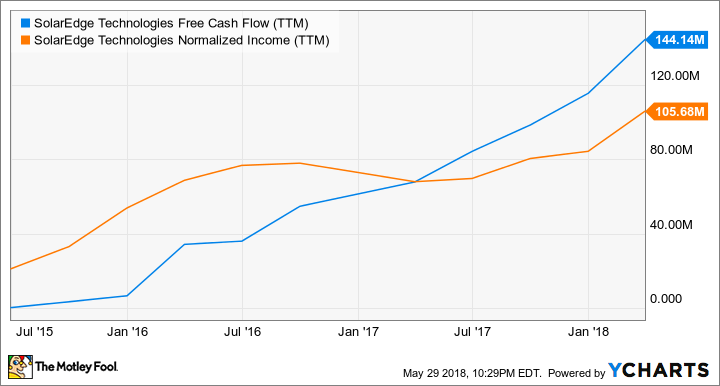 And the stock is trading at just 22 times trailing earnings, or 18 times free cash flows today. You can pick up this red-hot solar energy stock at a generous discount to its growth-supported business value.

Todd Campbell (Insulet): The number of Americans with diabetes is expected to climb from about 30 million today to nearly 55 million by 2030. And as this disease spreads, the importance of automatically and conveniently delivering insulin increases.

The growing addressable market and technological advances toward a fully automated, closed-loop system for measuring blood sugar and dosing insulin could be a boon for Insulet, a company that markets insulin pumps.

Already, the benefit of reducing patient burden by partnering glucose monitors that continuously track blood sugar with Insulet's Omnipod pumps is paying off. In 2017, more widespread use of the Omnipod increased revenue 26% in 2017 to $464 million, and since May 2017, the company's shares have skyrocketed 121%.

Management expects its full-year sales will be between $565 million and $580 million, up 22% to 25%. But I think that's only the beginning for this company. In the U.S. alone, the type 1 diabetes population is 1.5 million, and it's growing by about 40,000 new patients per year. Insulet has competitors, including Tandem Diabetes (NASDAQ: TNDM), that it needs to elbow for share. But the market got more attractive last year when Johnson & Johnson (NYSE: JNJ) decided to stop selling its insulin pumps.

In the future, Insulet's revenue opportunity could be even bigger because it's developing a closed-loop insulin system that pairs its pumps with a continuous monitor to automatically deliver insulin. The potential for systems like that is enormous.

The chipmaker that's tapping into all sorts of tech trends

Chris Neiger (NVIDIA): Over the past three years, NVIDIA's stock has skyrocketed more than 1,000%. Those are undeniably phenomenal gains, but what might be even more impressive about this graphics processor maker is that the company continues to expand into new revenue markets and is setting itself up for even more growth.

NVIDIA makes most of its money selling graphics processors for the gaming market. The company's chips are second to none, and that's helped NVIDIA gain about 66% of the market for discrete desktop graphics processing units (GPUs). In the most recent quarter, NVIDIA grew its gaming segement sales by a staggering 67%. After years of completely dominating this space, the company continues to prove that it's nowhere near done growing its core business.

But that isn't where NVIDIA's growth story ends. The company is tapping into the burgeoning driverless car and artificial intelligence (AI) markets, too. The company is already on the third version of its driverless car supercomputer, now called Drive PX Pegasus, which uses its chips to help process visual information for autonomous vehicles. The company's sales into the automotive market only accounted for 4.5% of NVIDIA's total revenue in the most recent quarter. But NVIDIA believes that by 2025, its total addressable market in self-driving cars will grow to $8 billion.

In addition to the company's driverless car potential, NVIDIA is also seeing lots of growth from the emerging AI market. The company's processors are already used by the world's largest tech companies to power some of their AI servers, and that's helped boost the company's data-center segment sales by 71% in the most recent quarter. NVIDIA earns just $701 million from this business right now, but its management believes that AI could eventually help open up a $30 billion market opportunity.

What's great about NVIDIA is that the company's core gaming business is in fantastic shape and is doing well enough to sustain the company for the foreseeable future. This provides NVIDIA with a lot of stability and the opportunity to pursue new AI and self-driving tech, without worrying about generating huge sales from them right away.

Investors looking for a company that's already seen massive share-price gains over the past few years -- and has lots of potential to keep those gains coming -- should give serious consideration to this chipmaker.