With shares down around 6% in after-hours trading as of this writing -- albeit after a nearly 7% pop in Tuesday's regular session ahead of the report -- let's take a closer look at what AeroVironment accomplished over the past few months, as well as what investors should be watching in the year ahead. 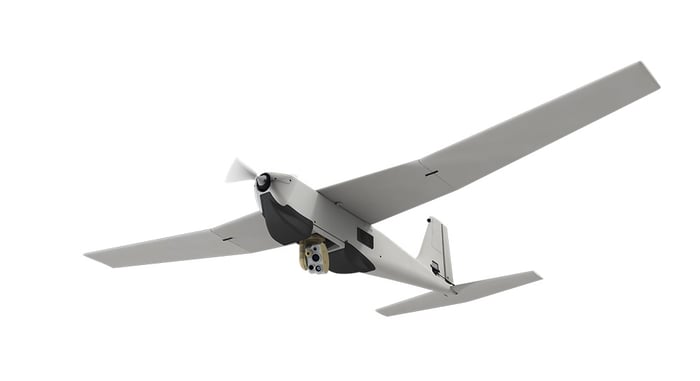 What happened with AeroVironment this quarter?

Our team continued its outstanding execution of our business strategy and exceeded our revenue and profitability guidance for fiscal 2018. As a repositioned, pure-play solutions company with significant growth opportunities across our Unmanned Aircraft Systems and Tactical Missile Systems businesses and record funded backlog of $174.3 million, we have entered Fiscal 2019 from a position of strength. During the fiscal year, we identified significantly increased funding for our solutions in the fiscal 2019 U.S. government budget request, generated strong orders for Switchblade and positioned the company to capitalize on new opportunities in international small UAS. Further, we continued our progress in developing our HAPSMobile, Inc. global broadband communications business and our Commercial Information Solutions business, and have significant momentum to continue delivering shareholder value.

For fiscal 2019, AeroVironment expects revenue of between $290 million and $310 million, the midpoint of which represents year-over-year growth (excluding discontinued operations) of roughly 10.7%. Assuming 5% ownership of HAPSMobile -- and keeping in mind AeroVironment can increase its ownership percentage of the joint venture to 19% at any time prior to the first test flight of the HAPSMobile aircraft under development -- that should translate to earnings per diluted share of between $1.10 and $1.40.

Investors should note that the latter range includes a gain of $0.25 per share related to a recent litigation settlement. Excluding this one-time item, the midpoint of AeroVironment's earnings outlook is roughly in line with most investors' expectations.

In the end, while the EES divestment makes AeroVironment's results a bit murky, there was nothing not to like about this solid end to the fiscal year. Given the resulting honed focus on its core drone market, and considering AeroVironment has made a habit of underpromising and overdelivering lately, I think investors should be more than pleased with its latest report.