Intelsat (OTC:INTE.Q) stock rocketed up 391.4% through the first six months of the year, according to data provided by S&P Global Market Intelligence. That performance made it the biggest gainer of any stock listed on the New York Stock Exchange through the first half of 2018. 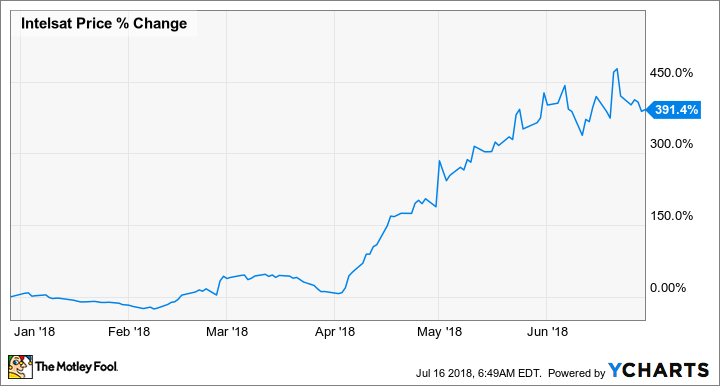 The exact factors driving the satellite and communications technology stock's massive run up are still a little murky, but it looks like signs suggesting that the Federal Communications Commission (FCC) was leaning toward granting the company an important approval are the primary cause of the incredible performance.

Intelsat reported fourth-quarter earnings results on Feb. 26, delivering losses that were actually significantly worse than called for by the average analyst estimate. Shares sold off in the early morning of the next day's trading. However, the downward trend quickly reversed as the market's focus shifted to a comment made by management during the company's conference call pointing toward possible FCC approval for its C-band wireless spectrum proposal. Shares closed out February up 72.2%, but the big gains were just getting started.

Earnings also came in worse than the market expected when the company reported first-quarter results in May, with the average analyst estimate calling for a loss per share of $0.43 and Intelsat's actual loss per share for the period landing at $0.56. However, management once again indicated that the FCC was interested in its proposal to expand C-band wireless spectrum use for 5G and other applications, and shares soared in the next day of trading.

The stock continued to gain ground rapidly in May, sometimes on little or no news.

Intelsat stock's rapid climb has continued in July, with the biggest catalyst being the company's announcement that it was partnering with Eutelsat in a proposal to expand usable C-band spectrum. 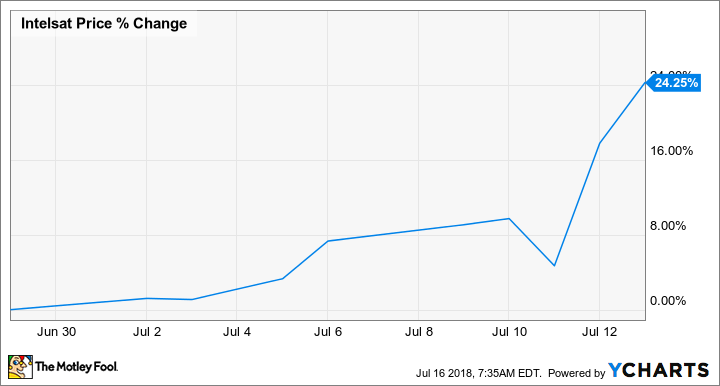 There's still limited visibility as to whether Intelsat's push to have more C-band spectrum opened up for use will be approved, and the massive increase in the company's valuation over the last six months suggests that investors without a high risk tolerance should probably avoid the stock. That said, the 5G market is still at a very early stage, and the company stands to see a major positive catalyst if it's able to leverage its existing satellite technology and spectrum holdings to facilitate the next-generation network technology.

Why Intelsat S.A. Stock Soared 391.4% in the First Half of 2018 @themotleyfool #stocks $INTE.Q Next Article
Current