Starbucks Corporation (NASDAQ:SBUX) is set to release its fiscal third-quarter results after the market close on July 26, and based on the stock's performance the past couple of months (it's down 12% since early May) there's a chance that the market's expectations are lower than they have been over the prior few quarters. And in a way that makes sense. The company has seen traffic in its U.S. stores remain essentially flat for more than a year now as the impact of e-commerce has meant fewer casual customers popping in for a caffeine boost during a shopping trip.

More recently, management warned that comps in its Chinese stores were decelerating as well, an unexpected bit of news in what is generally regarded as Starbucks' biggest growth market opportunity. Add it all up, and there are certainly questions that investors want answered, as well as evidence that the actions management keeps telling us they are taking are actually working. 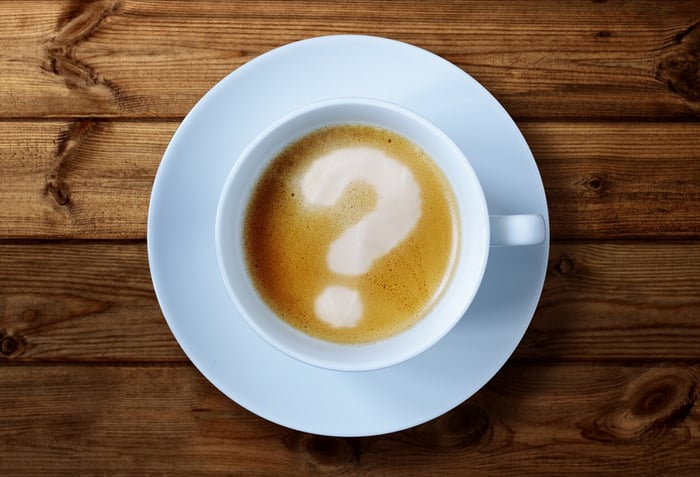 Let's take a closer look at the three biggest things investors should watch for when Starbucks reports on Thursday.

No. 1: What's happening with traffic and comps?

Investors have watched Starbucks' comparable sales growth slow from mid-single-digit growth rates in past years, to only 2% in both the first and second quarters of the fiscal year. More concerning is that all of the recent comps growth in the U.S. has been a product of increased ticket sales (a combination of bigger orders and higher prices) while store traffic has stayed relatively flat for the past couple of years.

But the company hasn't exactly stood by and done nothing, and there's a decent chance that its comps may have even declined in recent quarters were it not for its intense efforts to grow sales.

Let's start with food. Last quarter, food accounted for 22% of sales, up 1 percentage point from the prior quarter, responsible for about half the company's 2% comps growth, and up by about double in less than five years. The catch is food doesn't generate high margins like beverages, resulting in lower incremental margins from growing food sales. Nonetheless, this part of Starbucks' offering remains critically important to growing sales during peak hours as add-on items, and during slower periods when someone may want a bite to eat but not a 24-ounce cup of sugar and caffeine.

Management regularly talks about the "Digital Flywheel," which is shorthand for the strategy behind its loyalty program, mobile order and pay, and other efforts to attract and maintain customers via digital technology. Starbucks' tech focus has also helped boost throughput during peak hours, both on the customer side and the employee side of the coffee bar. But the big drive behind the Digital Flywheel is as a means of better customer engagement. The company says this has helped build strong loyalty and engagement from its most frequent customers, but only time will tell whether it can grow sales to more casual customers who don't frequent the chain as often. 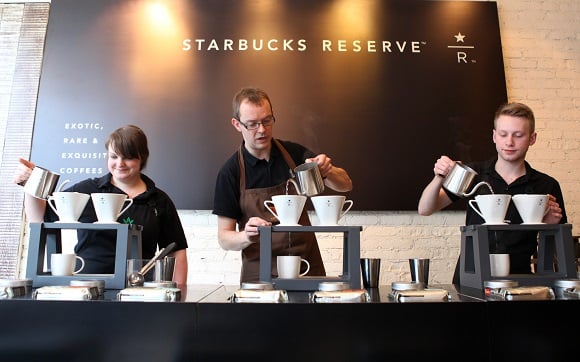 Starbucks is also investing in moving the brand up-market, adding Starbucks Reserve bars to many of its stores as a means to create a "premium coffee experience." The idea here is for these premium offerings to both drive more traffic and sales, but to also help differentiate the Starbucks brand from competitors like McDonald's, which are more focused on price and speed. Management has also acknowledged some weakness in sales of key beverages in recent quarters, as customers look for less calorie-heavy choices.

Add it all up, and Starbucks has multiple initiatives to drive sales. And while comparable traffic counts haven't grown much at all in recent years, investors should probably acknowledge that the picture could be a lot worse if not for steady investment in food, beverage, and customer engagement. Expect the company to spend a lot of time discussing its results in these important areas, and to highlight any changes to its strategy going forward.

Starbucks has around 3,000 stores in China, making it one of the company's biggest markets outside North America. But with its burgeoning middle class that's set to number over 500 million within only a few years, Starbucks is betting heavily on the Middle Kingdom to drive an outsize portion of its growth going forward. The company's prior goal in China was to reach a total of 5,000 stores by 2020, but management recently updated those plans, and now says it will reach 6,000 stores by 2022. That's good for nearly doubling its store count in the country from the end of last year. But there are some questions around China's growth engine, with the company now saying that comps there -- which had been one of the brightest spots for the company in recent earnings releases -- would be flat or even slightly down in the third quarter.

Yes, new stores will continue to drive big growth in China for years to come, but if comps weakness were to persist there would be real concern whether Starbucks' growth plans in China were realistic or not. And that makes this an important area for investors to closely monitor in the upcoming earnings and beyond.

No. 3: A deeper focus on profitability and returns

On June 19, the company issued a press release that said global comps were on track to grow only 1% in the third quarter, a further deceleration of growth that continues to plague the company. It also announced plans to close 150 existing U.S. stores in fiscal 2019, about 100 more than it normally closes in a given year. The combination of these two pieces of bad news sent investors selling, with shares falling over 9% on the day and almost 16% in less than two weeks.

But there was a lot more in the release, including a plan to lower costs and drive higher returns. Management expects this will generate higher returns from the business, allowing it to substantially increase shareholder returns. Starbucks now plans to use $25 billion in cash to pay dividends and repurchase shares through fiscal 2020, a massive $10 billion increase from its prior plan announced only last November.

But as of now, we have very little information about exactly what the company plans to do to drive costs down and returns up. As much as updates on China and comps are important, explaining to investors how management expects it can improve returns and "focus on G&A efficiency" without structurally weakening the company, is critically important.