Facebook's (NASDAQ:FB) second quarter earnings was the report heard around the tech world this week -- the company announced a revenue miss and said it expected revenue growth to slow down throughout 2018.

While Facebook has had a less than stellar year following the Cambridge Analytica data scandal and election meddling news, investors were still shocked to see the seemingly untouchable tech giant is indeed fallible. In response to the report, shares of the social media giant were down as much as 24% in after-hours trading, to below $170. In fact, Facebook lost more than $130 billion of its market value in the hours after the report came out.

To understand why some investors got cold feet about Facebook, you just need to look at three figures from the report. 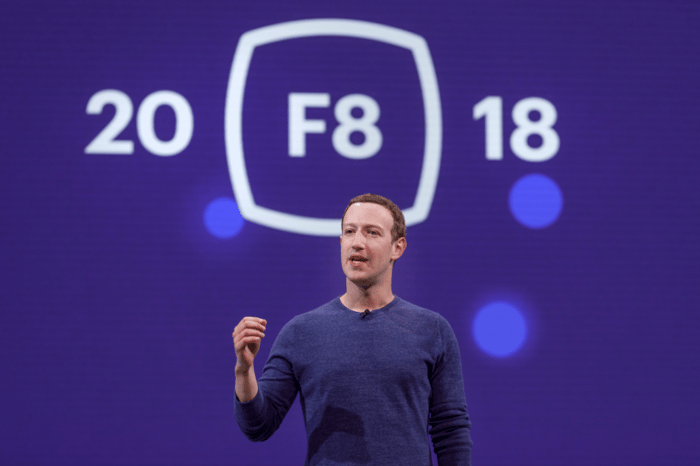 Facebook's revenue for the past quarter rose 41% to $13.2 billion, missing the $13.4 billion that analysts were expecting. But what really worried investors was Facebook's warning that it expected its revenue growth rates to slow throughout 2018. In fact, the third and fourth quarters are expected to show growth-rate declines in the high single digits.

It's worth noting that Facebook's profits were actually up 31% year over year to $5.1 billion, or $1.74 per share. This bottom-line beat in spite of the top-line miss shows that Facebook is still making money off its 2.2 billion users. And its investments in Facebook Watch and the Stories feature across its apps should pay off in the long run for shareholders.

The second damaging figure is Facebook's operating margin, which the company expects will hit percentages in the mid-30s, down from 44% in the second quarter. This indicates that Facebook is anticipating a big spending spree this year, which executives seemed to confirm during the earnings call.

For the full year, Facebook expects capital expenditures to be approximately $15 billion, up from $6.7 billion in 2017. The heavy spending will be concentrated on data centers, servers, network infrastructure, and office facilities. For the past quarter, Facebook said its operating expenses were up 50% year over year to $7.4 billion.

Facebook said it's also been spending heavily in order to fix problems that have plagued it over the past few years.

The company is confronting privacy and security issues, in response to the Cambridge Analytica data scandal in early 2018. Facebook says these investments will continue to affect its profitability, especially because it doesn't plan to scale back on new initiatives in the meantime.

Facebook's June 2018 daily active users (DAUs) increased 11% year over year to 1.47 billion, but missed expectations for 1.49 billion DAUs. And the year-over-year increase in global DAUs was mainly thanks to users in India, Indonesia, and the Philippines. Meanwhile, Facebook reported that the U.S. and Canada, as well as Europe, missed on expectations for DAUs.

European DAUs were hurt by the European Union's General Data Protection Regulation (GDPR), which gives users more control over their personal data. Facebook said the enactment of the GDPR rules led to a decline of one million monthly active users in Europe. In total, European DAUs fell from 282 million last quarter to 279 million for the latest quarter.

Meanwhile, North American DAUs remained flat sequentially at 185 million, showing that the Cambridge Analytica scandal did put a dent in Facebook's engagement. Following news of the data breach, a "delete Facebook" movement was started to encourage people to get off the platform, since many thought it wasn't treating their personal data carefully. On top of that, Facebook is still dealing with fallout from the part it played in the spread of fake news during the 2016 U.S. presidential election campaign.

The good news is that rather than sweeping its fake news and privacy issues under the rug, Facebook seems to have a plan in place to spend heavily over the next year to fix these problems for the benefit of its long-term growth. But a year of heavy spending, when its problems are still in the spotlight, is a scary position for Facebook to be in right now. And its fix-it plans may or may not work out. Some investors can stomach the wait, but others are evidently jumping ship.