Shares of Glaukos Corporation (NYSE:GKOS), a mid-cap ophthalmic medical technology and pharmaceutical company, spiked by as much as 63.7% today on heavy volume.

The spark? Glaukos shares are rising in response to the news that Novartis (NYSE:NVS) will voluntarily remove its rival CyPass Micro-Stent product from the market due to a lack of efficacy. The CyPass Micro-Stent device was approved as a tool to lower intraocular pressure during cataract surgery in adult patients with mild-to-moderate primary open-angle glaucoma. 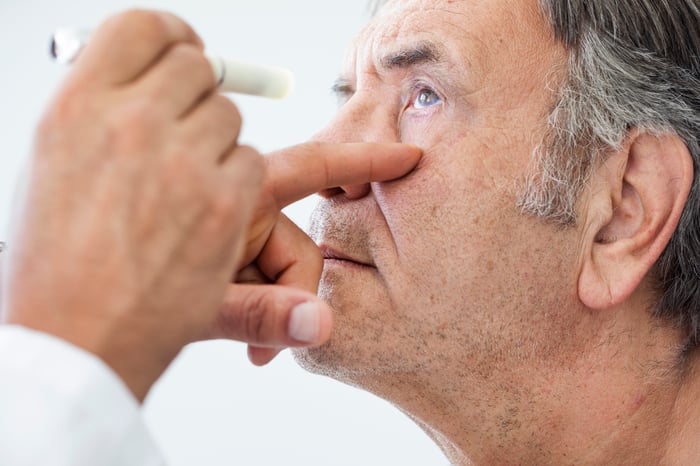 With Novartis' Cypass Micro-Stent sidelined, Glaukos' top line appears set to heat up in a big way. Interestingly enough, though, this medical-device stock was arguably already undervalued prior to today's positive news. Glaukos' shares, after all, were trading at less than two times iStent's peak sales forecast, which is a rock-bottom valuation for a medical-device company. Therefore, bargain hunters may want to take advantage of this news by grabbing some shares today.