Please ensure Javascript is enabled for purposes of website accessibility
Free Article Join Over 1 Million Premium Members And Get More In-Depth Stock Guidance and Research
By Matthew DiLallo - Sep 11, 2018 at 10:21AM

One year in and Baker Hughes, a GE Company is starting to see progress.

This past year has been a challenging one for General Electric ( GE 2.16% ). Not only have shares of the industrial giant tumbled nearly 50% -- which is the same fate as its dividend -- but the company got kicked out of the Dow Jones Industrial Average. While the biggest culprit has been GE's power business, its decision to merge its oil and gas business with Baker Hughes ( BKR 2.31% ) has gotten off to a rocky start.

However, one year into that deal and the companies have made significant progress. As that continues, and the oil market makes further improvements, this transaction could eventually pay big dividends for GE investors. 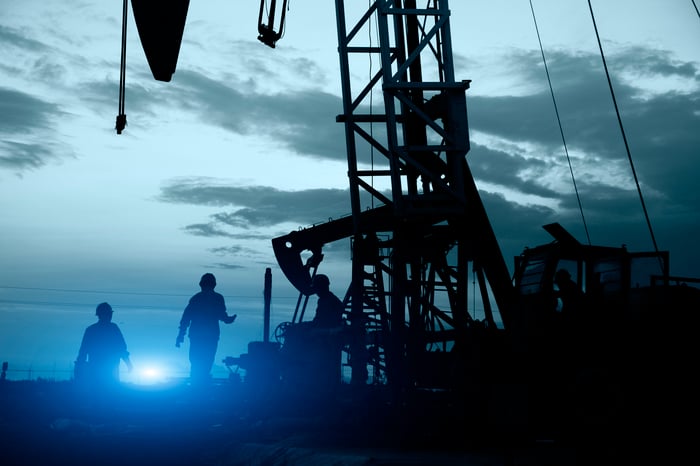 When GE took control of Baker Hughes, it set three priorities: Grow its market share, increase its margins, and generate free cash flow. While the company has endured its share of ups and downs, it's making progress on all fronts. Baker Hughes CEO Lorenzo Simonelli outlined this during the company's second-quarter conference call. On the market-share front, he noted that by working hard to strengthen its commercial position in the Middle East and North America, it's "gaining momentum with key wins in these two critical regions." In addition to that, it has "introduced new and innovative commercial models, resulting in a number of fullstream awards," which are across its four businesses.

Meanwhile, on the margin front, the company has made it a priority to increase the profitability of its oil-field services segment. These efforts have enabled the company to improve this segment's operating margin from 1% in the second quarter of 2017 to 6.6% in this year's second quarter. On top of that, the company's ability to capture synergies from combining the two companies has helped push sales, general, and administrative expenses as a percentage of revenue down from 15% in the third quarter of last year to 11.9% in the most recent quarter. Overall, the company has captured $330 million of synergies, which puts it well on its way toward achieving its target of $700 million for the year.

Finally, Baker Hughes generated $204 million of free cash flow during the first half of the year, which enabled it to continue returning cash to shareholders. Overall, it has sent $2.3 billion to investors since the deal closed, which includes about $800 million in dividends and another $1.5 billion in share repurchases. That buyback, which has retired more than 3% of Baker Hughes stock in the last year, has helped keep it afloat in what remains a challenging oil-field service market, as shares are down only about 7% in the past year, which is slightly better than its two biggest rivals. 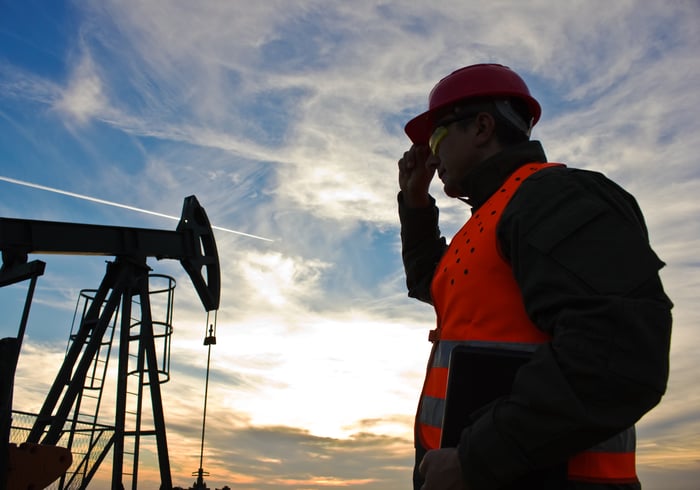 While the oil industry's recovery hasn't been a smooth ride, conditions are getting better with each passing day. The drilling rig count, for example, has increased 8% over the past year, which has driven a 14% improvement in Baker Hughes' oil-field services revenue. While drilling activities in places like the Permian Basin will slow down over the next year due to pipeline constraints, they'll likely pick up elsewhere, especially offshore.

Baker Hughes' CEO noted this on the second-quarter call, stating that he sees more onshore and offshore production orders ramping up in the next year. "As more large projects are sanctioned and offshore spend returns to more normalized levels, we expect these orders to start generating revenues in 2020," according to Simonelli. In addition to that, the company is also a leader in natural gas and liquified natural gas (LNG), which has a long runway ahead of it.

On top of that upside from the continuing improvement of the oil market, Baker Hughes expects to capture additional synergies from its merger with GE's oil and gas business. It aims to lock in $1.6 billion of annual synergies by 2020, which will further improve its margins and cash flow.

Why this is all good news for GE investors

While it has taken more than a year, GE's decision to merge its oil and gas business with Baker Hughes is starting to pay off. With more improvements likely on the way, the oil-field service company's stock price should follow suit, which would likely provide a near-term boost to GE's stock since it currently owns 62.5% of the company. Meanwhile, in the longer term, continued improvement at Baker Hughes would enable GE to extract more value from its position in the company when it eventually separates the business, either by selling its stake or spinning it off to shareholders.