Please ensure Javascript is enabled for purposes of website accessibility
Free Article Join Over 1 Million Premium Members And Get More In-Depth Stock Guidance and Research
By Lee Samaha - Sep 23, 2018 at 10:31AM

GE stock has its merits, but Eaton Corporation is a better value for dividend investors, and Dover Corporation offers more for investors who like turnaround stories.

General Electric Company ( GE -3.46% ) is undoubtedly attractive to value-based investors. After all, a nearly 3.8% dividend yield is nothing to sneeze at -- and despite facing near-term pressure meeting its earnings guidance, the company does have opportunities to improve its performance over the long-term.

That being said, on a risk-reward basis I think Eaton Corporation ( ETN -3.18% ) and Dover Corporation ( DOV -4.63% ) are better values. Let's take a look at the investment proposition for all three. 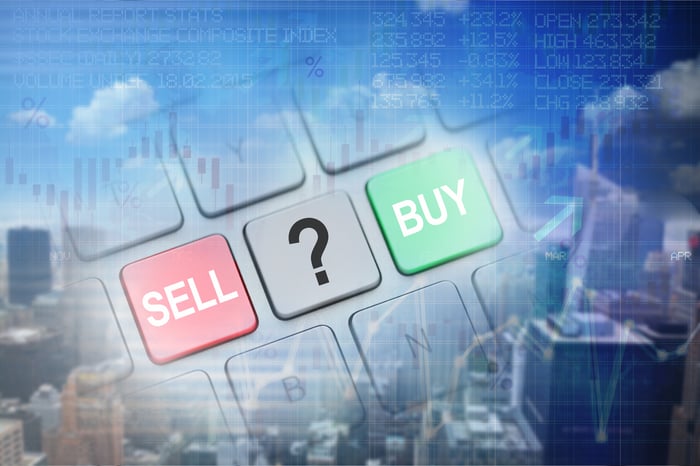 Back in June I looked at General Electric and Eaton stocks from a dividend investor's perspective and concluded that the latter was a better buy. However, a lot has happened since then; Eaton's stock has outperformed by more than 17%, and GE's dividend yield is now nearly 3.8%, while Eaton's is nearly 3% -- in June they both stood at around 3.4%.

However, while GE's yield is undoubtedly attractive, I still think Eaton is a better buy for income-seeking investors. There are four main reasons why.

First, Eaton clearly has better earnings momentum than GE. Going back to the second-quarter results for both companies, GE reduced its full-year free cash flow (FCF) guidance to $6 billion from a previous range of $6 billion-$7 billion. That came as little surprise, as management had already guided investors toward the low end of its EPS guidance range of $1-$1.07 in 2018.

Compare this with a far stronger second-quarter performance at Eaton, which led its management to raise full-year organic growth guidance to 6% from 5% previously, and full-year EPS guidance to a range of $5.20-$5.40 from $5.10-$5.30. In addition, the company maintained its guidance for full-year FCF of $2.3 billion-$2.5 billion.

Second, the FCF guidance now means that Eaton's payout ratio (dividend divided by FCF) is 44%-48%, while the reduced guidance from GE means its payout ratio is likely to be in the 70% range.

And don't forget that GE has a large pension fund deficit, which is being pre-funded using debt to the tune of $6 billion over 2018-2020. In other words, if GE hadn't taken on additional debt (another $6 billion), then the forecast FCF of $6 billion wouldn't cover the $4.2 billion dividend, not to mention the roughly $2 billion of pension funding.

GE is likely to cut its dividend

Meanwhile, Eaton expects to continue growing its dividend with earnings growth and expectations for 11%-12% EPS growth over the next three years. Investors can expect good dividend increases in the future.

GE certainly has turnaround prospects and, as such, probably has more upside potential than Eaton. However, it's far from clear that it can get back the kind of FCF generation it had in the past -- not least its power segment might be facing a multi-year structural problem from the growing use of renewables for electricity generation, which would reduce demand for GE's lucrative gas turbines.

To put the comparison into context, if GE is going to hit Eaton's current year payout ratio of, say, 46%, then GE needs $9 billion in FCF in 2019 -- a figure representing a 50% increase from the $6 billion forecast for 2018. As yet GE's management hasn't given any detailed guidance on its FCF generation in the coming years -- something to look out for closely.

On the contrary, Eaton's FCF outlook is very clear. Management is clear that it expects to generate $8 billion in FCF over the next three years. For dividend investors, Eaton is the better choice.

Dover has a few things in common with GE. First, Dover has had operational challenges over the last couple of years, and its management is also candid about the need for restructuring in order to improve performance. Just as GE needs to downsize its power segment as a consequence of overestimating end demand, so Dover needs to do the same with its retail refrigeration business.

Second, just as GE has guided investors towards the low end of its EPS guidance, and even then will face challenges meeting it, so Dover also faces challenges due to weakness in the refrigeration and food segment.

However, the difference is that the margin of safety implied in Dover's FCF guidance means it's better positioned to withstand a potential disappointment.

For example, Dover expects to generate $2.5 billion-$3.5 billion in operating cash flow over the next three years. Based on its current share count, Dover will pay out around $290 million in dividends this year -- meaning its dividend/FCF payout ratio for 2018 is in the range 35%-40%, much better than GE's near 70%.

Eaton and Dover are better buys

All told, Eaton offers more than GE for dividend investors, and Dover is more attractive on a risk/reward basis than GE. Of course, there's nothing stopping you from also buying GE stock, but the company is going to have to demonstrate progress in improving its cash flow before investors can feel fully confident buying the stock.