ShotSpotter is up 188% in the past year, and Imperial Capital is pulling the plug.

Shares of gunshot detection company ShotSpotter (SSTI -2.74%) have roughly quadrupled since their IPO in June 2017. Imperial Capital hasn't captured all those profits, but since recommending that investors buy ShotSpotter stock back in May, it's racked up an impressive 69% gain on its pick -- not bad for four months' work.

But now Imperial Capital is calling it quits, and recommending that investors take some chips off the table. Here's what you need to know. 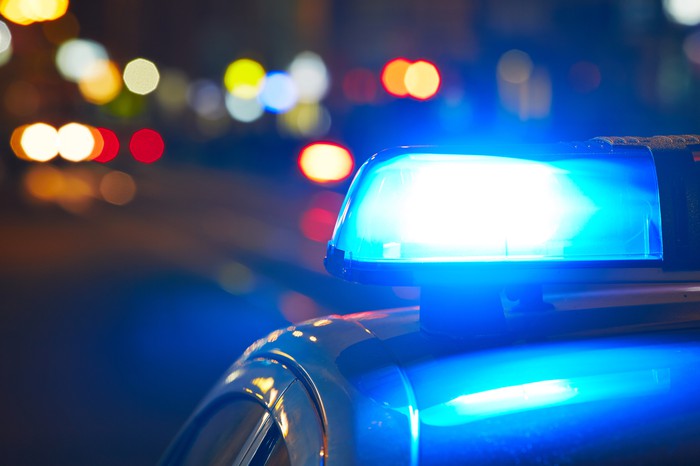 ShotSpotter's getting bigger, and that's good news for police -- but what about for ShotSpotter investors? Image source: Getty Images.

Let's begin with a quick refresher on what ShotSpotter is (and an update on what it's become).

A "leader in gunshot detection solutions," ShotSpotter software uses auditory sensors placed at multiple locations around a municipality or large facility to triangulate the location of gunshots. The company's services include "ShotSpotter Flex" for detection of gunshots outdoors, SST SecureCampus to locate gunshots on school campuses, and ShotSpotter SiteSecure to secure other kinds of facilities, such as airports and train stations.

Earlier this week, ShotSpotter expanded its business with the acquisition of HunchLab, a Philadelphia-based company that uses artificial intelligence to crunch crime statistics "to help forecast when and where crimes are likely to emerge and recommends specific patrol missions and tactics that can deter these events" in a process it calls "predictive policing." Analyzing such factors as "seasonality, time of day, day of week, trends in socioeconomic conditions and upcoming events," HunchLab creates a city map comprising 250 "cells," and rates each for how likely it is to experience crime in a given time period.

Police can then use this data to dispatch patrols to reduce the risk of crime actually happening.

What does it mean for ShotSpotter?

ShotSpotter intends to rename HunchLab "ShotSpotter Missions," and to use data from Missions to reinforce data from its gunshot detection sensors (and vice versa) to improve the efficiency of both services -- and to create cross-selling opportunities. Management didn't disclose its purchase price, but noted that it "used existing cash on hand to fund the acquisition." (Hint: S&P Global Market Intelligence data show that, at last report, ShotSpotter had less than $15 million in the bank.)

In any case, ShotSpotter assured investors that it does not expect the cost of this purchase "to be material to ShotSpotter's full year 2018 results."

What does Imperial Capital think about that?

The fact that HunchLab/Missions won't be "material" to the results means ShotSpotter won't be deriving any great benefit to its bottom line from this purchase, either -- at least not this year.

For investors who've waited more than a year since the IPO to see ShotSpotter turn a profit, this may be disappointing. So far, S&P Global data show ShotSpotter reporting back-to-back-to-back GAAP losses for three years running (and most analysts expect 2018 to be no different). Imperial Capital has hopes the company will reach profitability eventually, driven by strong sales growth. Still, given ShotSpotter's incredible run-up in share price over the last 16 months, Imperial Capital announced today that it's cutting its rating on the stock to "in-line" (i.e., hold).

At the same time, however, Imperial raised its price target to $54 per share (a bit above where the stock traded before the downgrade), which TheFly.com says takes into account the analyst's generally bullish long-term view of the stock, its approval of the HunchLab acquisition, and ShotSpotter's own generally strong performance these past few quarters.

So on the one hand, Imperial Capital -- which called ShotSpotter right last time around, don't forget -- is downgrading ShotSpotter stock. On the other hand, it's raising its price target. How should investors react to these conflicting messages?

My advice: With caution.

Imperial is right that ShotSpotter is certainly growing nicely. Sales for the first half of this year were up a good 52% over H1 2017 results, while ShotSpotter cut its losses significantly -- from $5.9 million in reported losses in last year's first half, to just $1.6 million lost in H1 2018.

However, the company is still unprofitable, and it's burning cash, too. Depending on how much management had to ante up to acquire HunchLab, ShotSpotter could need to raise cash in the near future.

Still, analysts who follow the stock believe 2019 could be the year ShotSpotter reports its first honest-to-goodness full-year GAAP profit -- and that free cash flow could follow as soon as 2020.

For now, I have to say that I still consider ShotSpotter stock more of a speculative investment -- but the company's moving in the right direction, growing organically, making smart acquisitions, and methodically marching toward GAAP profitability. The longer it keeps doing so, the more likely it becomes that ShotSpotter stock will prove a winning investment for the long term.