This top video-game company is piecing together an entertainment empire.

Activision Blizzard (ATVI 0.47%) shares have soared 356% over the last five years. The game maker has performed exceptionally well as the video-game industry shifts to digital distribution of games and as new investments in esports are starting to show great potential.

Here are 10 reasons to buy Activision stock and never sell. 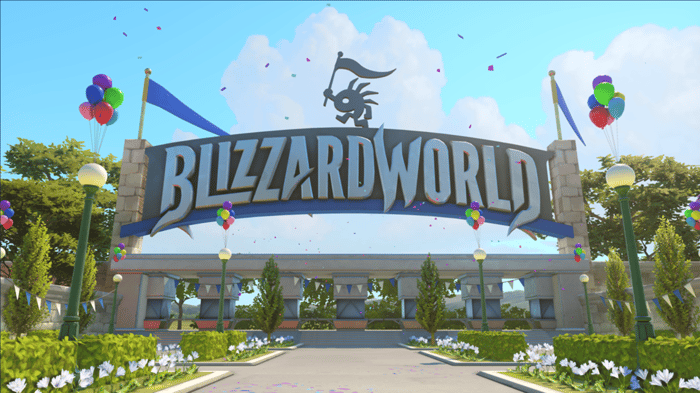 Several trends have come together in recent years that are benefiting game sales, including game streaming, mobile games, and esports. The industry is expected to grow 11% per year to $180 billion by 2021, according to industry researcher Newzoo. That's a good tailwind for Activision to have at its back.

2. Gaming is getting more popular every year

With every passing year, more and more people are playing games. The percentage of the general population aged 13 and older who play video games has steadily increased from 58% in 2013 to 66% in 2018, according to a Nielsen survey.

Activision owns some of the biggest franchises in the industry, including Call of Duty, Overwatch, World of Warcraft, and the hit mobile game Candy Crush. The company boasts 352 million monthly active users who spend an average of 50 minutes per day playing its games. These games have such a loyal following of fans that the company hosts the annual BlizzCon convention in Anaheim, California, where thousands of gamers gather to hear the latest news from the company and watch others participate in esport tournaments such as the Overwatch World Cup.

With millions of players spending nearly an hour every day playing its games -- and spending money while playing -- Activision has built itself a virtual cash machine. Over the last year, Activision generated $7.3 billion in revenue and $1.9 billion in free cash flow. 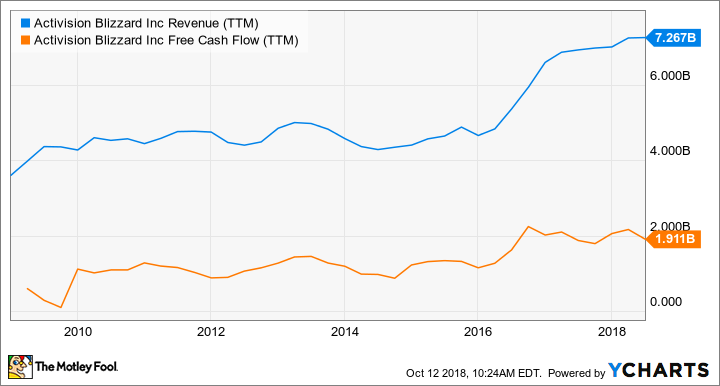 Activision's robust free-cash-flow generation allows it to pay a regular dividend. Currently, the dividend yield is just 0.42%, but Activision has more than doubled its dividend payout since initiating a dividend in 2010. It only pays out a small fraction of its annual free cash flow, so there's potential for the dividend to substantially grow over time.

From a business perspective, making video games is a very attractive endeavor. The company generates a non-GAAP operating margin typically in the mid-30s, which is up there with the likes of big software giants like Microsoft.

Activision can generate high margins because it doesn't have to spend a lot of capital to make games. Activision might spend a few hundred million dollars to bring a game to market. A big title like the annual Call of Duty release can quickly recover that cost within days or weeks of release, and that's just the beginning of a game's revenue-making opportunity. 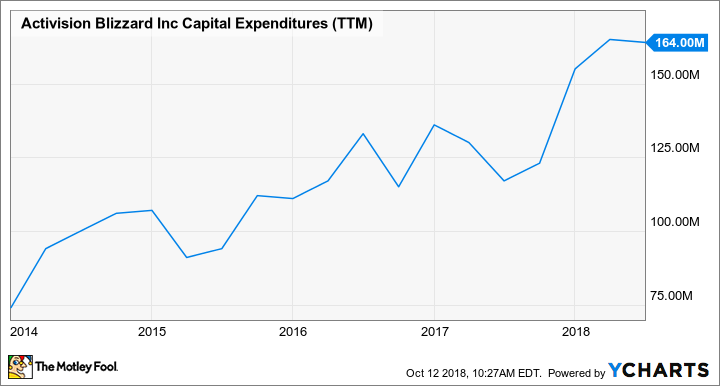 7. Not reliant on one-time hits

Game companies have been lengthening the life of certain titles by releasing add-on content that gamers purchase while playing a game. This means titles can generate revenue for months, or years, in some cases. Two examples are World of Warcraft (2004) and Overwatch (2016), in which both titles remain two of the company's biggest revenue generators.

Activision has been stretching its horizons to other money-making opportunities like advertising, brand licensing, and selling an assortment of consumer products. The game maker has signed exclusive deals with top toy makers like Hasbro and LEGO to make Overwatch-themed Nerf blasters and LEGO sets. Blizzard has also partnered with Kellogg to offer Overwatch in-game rewards for buying participating products, like Cheez-Its and Pop-Tarts.

The potential for cross-marketing across non-gaming products is a testament to the brand power of Activision's franchises, and it's why the company has been described as the Walt Disney of video games.

Esports is already looking like a billion-dollar business for Activision. Overwatch League's Grand Finals sold out a 20,000-seat capacity arena and was aired live by ESPN and Disney's XD channel. Attendees noted that the level of excitement in the arena rivaled traditional sporting events.

Activision is well positioned for what could become a major new form of entertainment in the 21st century.

10. A CEO focused on profitable growth

CEO Bobby Kotick has made some game-changing deals in the last decade. Activision would be a fraction of its current market value if not for the Activision-Blizzard merger in 2008, the buyback of Vivendi's controlling stake in 2013, and the acquisition of King Digital Entertainment in 2016. These transactions significantly increased the company's free cash flow per share and brought under one corporate umbrella major gaming franchises, such as World of Warcraft and Candy Crush. 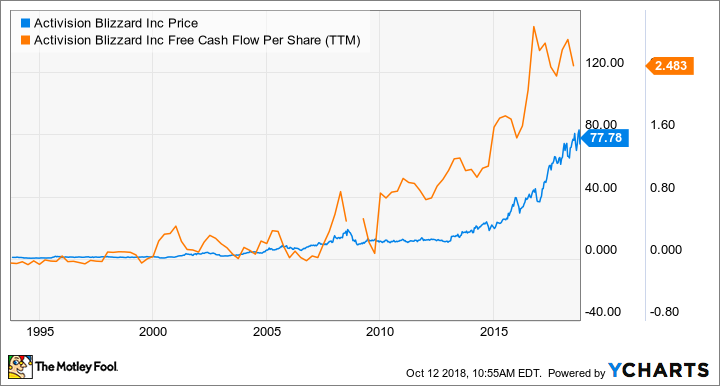 Take a closer look at Activision

Activision is a very profitable company that has rewarded shareholders with market-beating gains. Because it has an expanding set of growth opportunities opening up in esports, consumer products, and advertising, Activision could be on the verge of building a massive interactive entertainment empire in the coming decades. And that's why Activision Blizzard is a stock to buy and never sell.