China loves fried chicken, and KFC is proof. The fast-food chain is the country's largest restaurant operator, with 5,800 locations and counting at the end of September 2018. Not all Western-style fare gets the same love, though. Pizza Hut may be the largest casual-dining establishment in the world's most populous country, but the pizza chain doesn't resonate with younger generations of Chinese consumers the same way it did in the past.

That has caused problems for Yum China (NYSE:YUMC), the exclusive franchisee of both concepts from former parent company Yum! Brands (NYSE:YUM). Yum China gets some latitude with menus and how it markets Pizza Hut, and it's redoubling its efforts to woo young people into its stores.

Not your father's Pizza Hut

Pizza Hut has long been marketed as an upscale dining experience in China. That makes sense, as the ingredients that go into the Western favorite are more expensive in Asian markets, not exactly lending the cuisine to the fast take-out-dominated scene we're used to in the States. 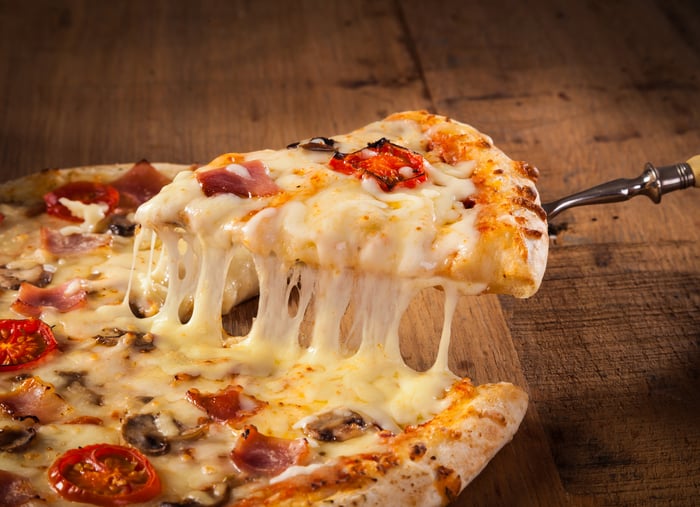 The chain has fallen on hard times, though. It isn't that pizza itself is out. There's plenty of interest in the dish, as evidenced by the heavy competition in pizza restaurants (most of them marketed as an upscale experience) across the country. Over the years, Pizza Hut's menu seems to have lost its appeal. Through the first three quarters of 2018, Pizza Hut's same-store sales -- a combination of foot traffic and average guest ticket size -- have dropped 5% in China.

It isn't a new problem. Over a year ago, at Yum China's 2017 investor day, incoming CEO Joey Wat talked about how one young Chinese customer described Pizza Hut as a "reliable backup boyfriend" -- a tongue-in-cheek way of saying it's just an OK option. Efforts to inject some new energy into the brand got under way last fall, but with traffic trending negative, Yum China is now ready to do more.

A battle for China's middle class is under way

To connect with Chinese millennials (people in their early 30s and younger), China's Pizza Hut locations are getting a refreshed logo, trendy new store designs and furnishings, and employee uniforms from New York-based fashion designer Anna Sui. The new restaurant layout, which will progressively launch over time to China's 2,200-plus locations, features an open kitchen, bar, indoor garden, and family dens. 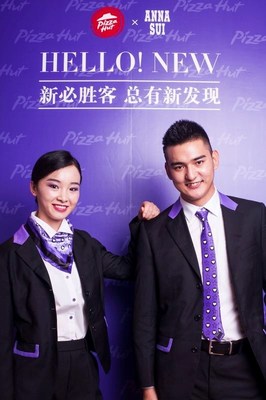 While rebranding the image is important, this is more than just a facelift. The menu is also getting simplified and revamped with new items, which will first be tested at a pilot store in the city of Nanjing. The company will also launch a smaller-format store to make take-out and delivery more convenient, as demand grows with China's emerging middle class. Wat says Pizza Hut is hoping to create a new image -- one that's trendy, young-family friendly, and a good value for the money.

Wat and the Yum China management team have stressed that the Pizza Hut turnaround is going to take time. Menu changes alone haven't yielded results as of yet, and remodeling more than 2,200 stores won't happen overnight. Improving Pizza Hut's results is important, though, as the 20% of Yum China sales coming from the pizza chain have been bogging down overall results, and other American brands continue to move in on the chain's turf.

A better Pizza Hut could equate to more growth, with China's consumer base expanding and developing rapidly. Yum China sees having more than double the current store count -- as many as 20,000 restaurants -- in a little over a decade. Fried chicken will be key to getting there, but having a viable second option to lean into will help. Pizza Hut is playing second fiddle to fried chicken right now, but Yum China has demonstrated that it's more than capable in growing KFC. Pizza Hut could be next.