Nearly three times as many Americans plan to focus on getting their finances right in 2019 than expect to prioritize getting their love lives in order, according to a new survey from MassMutual. About 28% of Americans say they'll be making financial resolutions for the new year, which only falls below health-related resolutions (31%) on the list. But it comes in well ahead of third-place finisher, the "relationship/romantic" category, which was only named by 9%. (Another interesting tidbit: Among respondents under 50, the percentage with finance-related goals easily exceeded the percentage with health resolutions.)

Among those who plan on making a financially focused resolution, the top specific goal is putting money into a savings account (35%). Almost as many people (34%) said their focus would be sticking to a budget, while 24% will resolve to pay down credit card debt.

"When I think of New Year's resolutions, I think of behaviors that I'd like to change to make some type of positive difference in my life and in the lives of those I care about," wrote MassMutual U.S. Head Mike Fanning in an email to Motley Fool. "It's a time of taking control of what I can control, and taking steps toward achieving something of value." 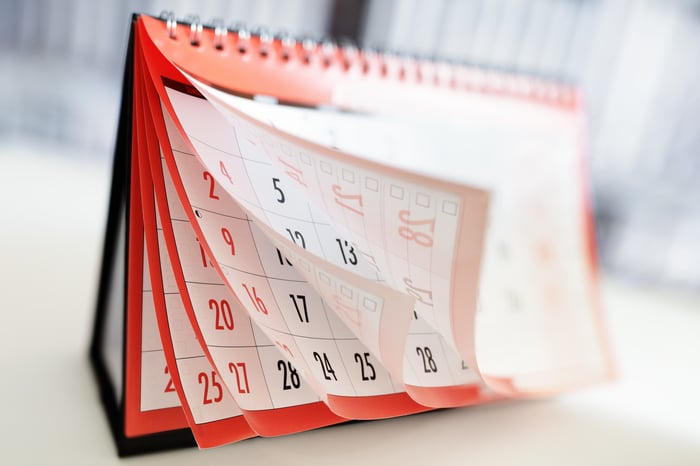 The new year is a good time to review your finances. Image source: Getty Images.

What are people trying to accomplish?

Of the people who plan on making financial resolutions for the new year, 42% said the reason is that they want to be more prepared for the future. About 19% said they're focusing on their finances in 2019 because they did not save enough in 2018, while 10% said their issue was that they'd spent too much money this year.

"The fact that our research shows that people want to prepare rather than repair their finances in 2019 -- and that they plan to take specific steps to better their health and finances so that they are prepared for what life throws their way -- is both admirable and promising," wrote Fanning.

The key to making any resolution work is being realistic. Few people can go from 365 days of snacking on the couch to 365 days of working out at the gym. The same situation holds true when it comes to buffing up our money health. Start that fiscal fitness program by giving yourself a checkup: Map out your personal financial situation. That means making a budget, and tracking your spending so you know where your money has been gong. Even if you stick to your resolution for the next 12 months, you probably won't be able to cut all the waste, nor correct all the less-than-ideal money choices you've made -- but it's not necessary to complete the task so quickly, only to start it.

Put your focus on ending the year in a better financial place than you began it, and craft a clear plan to eventually cross the finish line. That may not be as dramatic as resolving to make massive changes by Dec. 31, 2019, but it's a strategy that's more likely to result in success.