It's that time of year again. Millions of Americans make New Year's resolutions every year, and financial changes are among the most popular items on those lists. 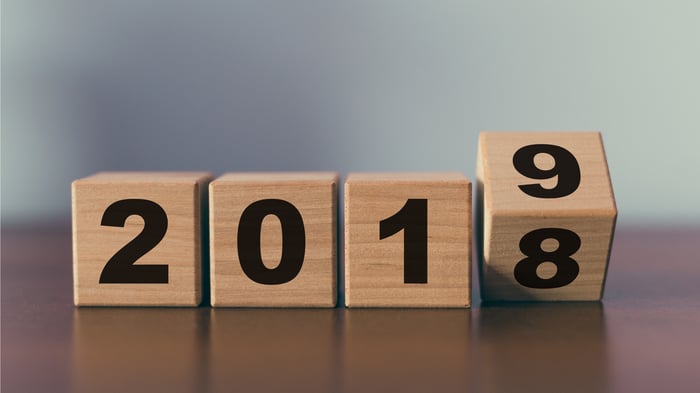 Millions of Americans pay for subscriptions to magazines they don't read, gym memberships they don't use, and more. So, while this is perhaps the most obvious financial New Year's resolution to make, it certainly is worth mentioning. And I'm not an exception -- after taking a step back and looking at my own finances, there's a lot of wasteful spending I plan to eliminate in 2019.

Here are some of the expenses I plan to cut right away:

When you add all of this up, it comes to nearly $1,900 that I could be saving, investing, or using for a more practical purpose. How much excess spending could you cut out?

Max out my retirement savings

This is one that I've done a great job of in recent years. I have a Solo 401(k) account and have contributed the maximum allowable amount for the past two years. However, I want to make one small change to my savings habits for 2019.

In 2019, I'm resolving to get my retirement contributions in by the end of the calendar year and to do the same in all subsequent years. For one thing, this will make it easier to keep track of how much I've contributed. And two, I won't feel like I'm constantly playing catch-up and trying to cram thousands of dollars into my account every April.

I have two children, and I've done a decent job of setting aside money for them to go to college using 529 savings plans. However, I'd like to do an even better job.

When I tell you that my kids are currently 3 years old and 9 months old, it may seem like it's not a big rush to fill their college accounts. However, it's because they are so young that it should be a priority.

Here's why. The money in their 529 savings plans is invested in a fund that maintains an age-appropriate stock and bond allocation. Over longer periods of time, a strategy like this should generate annualized total returns in the 6%-7% range. To make a long story short, the sooner I deposit my money in the account, the longer it has to grow and compound.

Think of it this way: $1,000 compounded at 6% for 18 years (the time until my youngest child will be in college) would grow to about $2,850. If I reduce the compounding period to 10 years, the end result drops to $1,790 -- not to mention that the investments would have less time to recover from any corrections and crashes that take place along the way.

The takeaway: The more money that you save for college while your kids are young, the more of their tuition that should be paid for by investment returns, not money out of your pocket.

Get my credit score over 800

I've done an excellent job of maintaining my FICO credit score well in the realm of great credit. Generally speaking, a FICO score of 760 or higher will qualify you for the best interest rates on loans, and the best offers on credit cards. However, a score of 800 or higher would put me in the group that FICO refers to as "high achievers," and this milestone remains elusive.

I know the FICO credit scoring formula inside and out, so I can pinpoint my shortcomings rather easily. In my case, it boils down to credit card balances and too many new accounts. Specifically, the amounts owed on various accounts makes up 30% of the FICO formula. I wouldn't call my credit card debt high -- about 15% of my available credit (most of which is at 0% APR), but the average high achiever only uses 4% of theirs. So, in 2019 one of my top priorities will be to pay down my credit card balances.

Additionally, the category called "length of credit history" accounts for 15% of the FICO formula, and "new credit" makes up another 10%. Younger accounts hurt both of these categories. Over the past couple of years, I've opened several new credit accounts (three credit cards and one installment loan, to be exact). By committing to not open any new accounts in 2019 and let my existing account age, I should be able to boost my score in this category.

The takeaway: By knowing the FICO formula, not only can you resolve to improve your credit score in 2019, but you can make a game plan to help achieve your goal.

Lose weight, get in shape, and live a healthier lifestyle

This final resolution may seem a bit out of place. After all, this article is about financial New Year's resolutions, right?

Hear me out. Right now, I'm about 40 pounds heavier than I probably should be. My cholesterol is a bit on the high side. And while I make it to the gym once or twice a week, having a baby at home for most of 2018 has really derailed my diet and exercise ambitions.

So, not only will this result in a higher energy level and many other immediate benefits, but the financial planner in me also looks at getting in shape and eating right as a potentially lucrative long-term investment. In fact, out of these five New Year's resolutions, this one is my No. 1 priority.