The social networking giant's gaming library is growing at a breakneck pace.

Facebook (META -0.76%) released its first batch of "Instant Games" in a closed beta in late 2016. The HTML5-based games could be launched within Facebook's chat apps, and didn't require additional downloads from a mobile app store.

Facebook recently revealed that there were now over 6,000 games on the platform (up from 70 a year earlier) with over 20 billion game sessions played. It also noted that daily and monthly active players more than tripled throughout 2018, but it didn't provide exact player numbers. 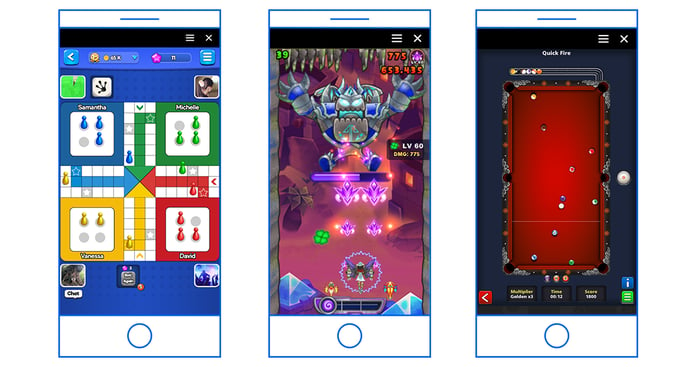 Facebook opened up the platform to all developers last March, sparking the rapid growth of its gaming library -- which includes social games like Words with Friends, Battleship, Draw Something, and 8 Ball Pool. It also eliminated its 30% cut of revenues last August in a bid to undercut Apple's (AAPL 1.62%) App Store and Alphabet's (GOOG -0.27%) (GOOGL -0.21%) Google Play. Facebook also keeps users connected to games with Game Bots on Messenger, which mirrors the app store notifications on iOS and Android.

Facebook is aggressively expanding that gaming ecosystem in multiple directions. It recently added "Play" buttons, which directly link to Instant Games, to more than 270,000 gaming groups that serve over 90 million active users. It launched Instant Games for its Portal smart displays last month, and it's rolling the games out for Facebook Lite, the lightweight version of its app for slower internet connections and weaker devices in developing markets.

This is obviously a major project for Facebook, yet it's been largely overshadowed by the company's recent privacy and security issues. But over the long term, the expansion of Facebook's mobile gaming ecosystem could support its evolution into a platform and threaten Apple and Google's app store revenues.

Building an app ecosystem without an app store

Google and Apple's duopoly in mobile operating systems makes them the gatekeepers for mobile apps, and the price of admission is usually a 30% cut of an app's revenue. Many smaller developers considered the fee fair, since Google Play and the App Store gave their apps better visibility, access to user reviews, and streamlined one-click downloads.

However, bigger companies soon realized that they could avoid those "app store taxes" with a few clever moves. Android app developers could ask users to download and install their apps from external websites to cut Google out of the loop, as Epic Games did with its hit game Fortnite last year. 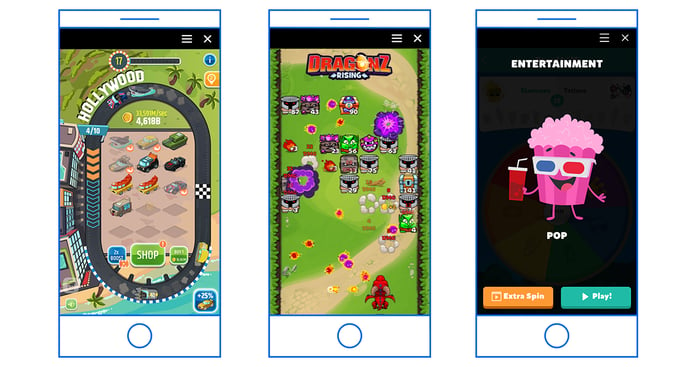 The direct installation route isn't possible on iOS, since it's a closed-source OS, but iOS developers that offer subscription-based services could still avoid Apple's fee with pop-up windows that let users pay on external sites -- a strategy used by Netflix and Spotify.

Another strategy is to launch "in-app" app stores. These platforms process downloads, installations, and payments directly inside the app to cut Google and Apple out of the loop. This walled garden approach increases the stickiness of their ecosystems as they gradually evolve into stand-alone platforms.

For example, Epic recently launched an Android app store, which retains just 12% of an app's revenue, to challenge Google Play. Samsung also pre-installed its own Galaxy Apps store on its Android devices. Facebook and Tencent (TCEHY -0.24%) are following a similar path.

Tencent has evolved WeChat, the top mobile messaging app in China, into an "all-in-one" platform with integrated apps for hailing rides, ordering food and tickets, making payments, playing games, and other services. WeChat's growth is arguably one of Apple's biggest headwinds in China, since users can simply download "mini programs" in WeChat instead of apps from the App Store.

With 2.3 billion monthly active users, Facebook can mimic Tencent's strategy by expanding Messenger into a platform. It can add more Instant Games and expand its lineup of services for Messenger -- which already include ride-hailing services from Uber and Lyft, mobile payments from PayPal, and streaming videos from Watch.

Facebook's library of 6,000 Instant Games is tiny compared to Google Play's library of over a million Android games and over 800,000 games on iOS. However, Facebook's goal isn't to become a larger mobile gaming platform -- its efforts are merely part of a broader plan to expand its own mobile ecosystem within iOS and Android and glue the parts together with social connections. If Facebook follows in Tencent's footsteps and pulls that off, it could eventually undermine Apple and Google's dominance of mobile operating systems and apps.