The number of iPhones sold was always a subject of hot debate.

One year ago, Apple (AAPL 2.44%) recorded its highest-ever quarterly iPhone revenue. However, it also sold nearly a million fewer iPhones than it had in the same period a year before. Last year's quarter was shorter than the comparable period, but the news still overshadowed Apple's revenue success.

As you've probably noticed, the average selling price (ASP) of an iPhone has increased dramatically over the past few years, letting Apple keep growing its iPhone revenue even though it's selling fewer iPhones. But the company seems to have realized that a decrease in the number of iPhones sold was making investors nervous. So it decided to stop reporting unit sales of iPhones, iPads, and Macs.

Apple's report this week will be the first quarter in more than a decade for which Apple won't report iPhone unit sales. But the bright side is that investors might give up obsessing over iPhone sales, as has become the custom. Here are three things to look at instead of iPhone sales when the report comes out on Jan. 29. 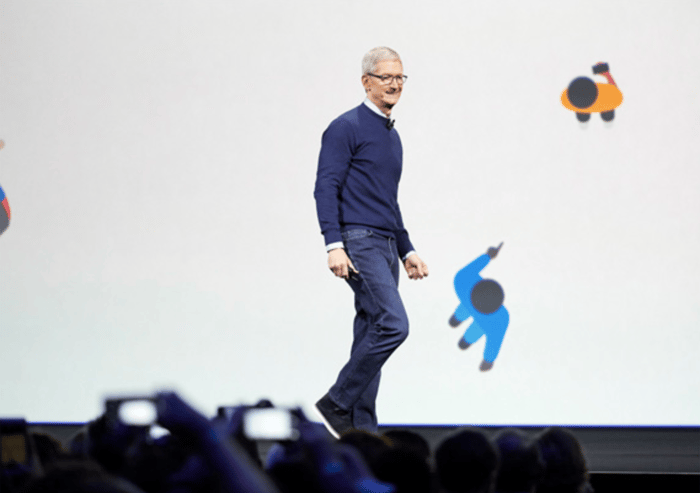 Apple warned investors that revenue would come in lower than expected for the quarter. Image source: Apple.

It's no secret that Apple's overall revenue will take a hit this quarter. For the first time in more than 15 years, Apple revised its revenue guidance downward. The company is now expecting Q1 revenue of about $84 billion, down from its previous estimate of $89 billion to $93 billion. This also represents a dip from the year-ago period, when it reported revenue of $88.3 billion.

It's also no secret that the smartphone market has matured and people aren't upgrading their iPhones every year or two as they used to. For many customers, the differences between the newer and older iPhone models aren't significant enough to justify the higher prices. Hence, the drop in unit sales.

The maturing of the smartphone market has put pressure on Apple to squeeze out more revenue from its other businesses. And to its credit, it has a lot of them -- and they're doing well.

In the second quarter last year, Apple's services revenue grew about 31% year over year to $9 billion and made up 15% of the company's total revenue. That was a new record for the division that includes the App Store, Apple Music, iCloud, and Apple Pay.

Apple already preannounced that its services revenue in Q1 hit another all-time record of $10.8 billion. The App Store did $322 million in sales on New Year's Day, a single-day record, and $1.22 billion in sales for the full week between Christmas Eve and New Year's Eve.

Apple also said a number of its other businesses hit all-time records in Q1, including Apple Music, iCloud, and Apple Pay. The company said the encouraging results from its services business show that it's on track to hit its goal of doubling the size of the segment's revenue in the period between 2016 and 2020.

Another metric that can help us get an accurate picture of Apple's performance is how many paid subscriptions it's racked up in the quarter. For the same quarter last year, paid subscriptions grew to 240 million. And by the fiscal fourth quarter, they had grown to 330 million.

Apple has made paid subscriptions a major focus for the next decade by investing more than $1 billion in original content that will be available only to Apple Music subscribers. Rumor has it that for $9.99 per month, customers will be able to view TV shows and films that Apple hopes can rival those from Netflix.

Apple's active installed base doesn't get much attention, but it's been quietly growing and hit 1.3 billion in January 2018. That represented impressive 30% growth in just two years and is a good reminder that the iPhone isn't Apple's only popular device; iPads and Apple Watches were both hot holiday products.

In the pre-earnings announcement, Apple said its active device base had grown by more than 100 million units in the past year, bringing it to a stunning 1.4 billion devices. That's a lot of Apple customers the company can make money from, even if they aren't upgrading their iPhone each year. So if you're looking for something to focus on this quarter, this might be it.