These three stocks pay big dividends and have other qualities that make them worth holding for the long term.

Not every stock that boasts a yield above 5% will wind up living up to that otherwise attractive characteristic. Big dividend payouts are great, but if a company doesn't have a sound underlying business and the capacity to grow and shift in accordance with market demands, eventually there will be no profits or cash pile to pay dividends from.

To help separate worthwhile income plays from those that look like yield traps, we put together a panel of Motley Fool contributors and asked each member to profile a top income-generating investment that sports a yield north of 5%. Read on to see why they identified Kraft Heinz (KHC -2.41%), AT&T (T -0.82%), and Telefonica Brasil (VIV) as top stocks for investors seeking big yields. 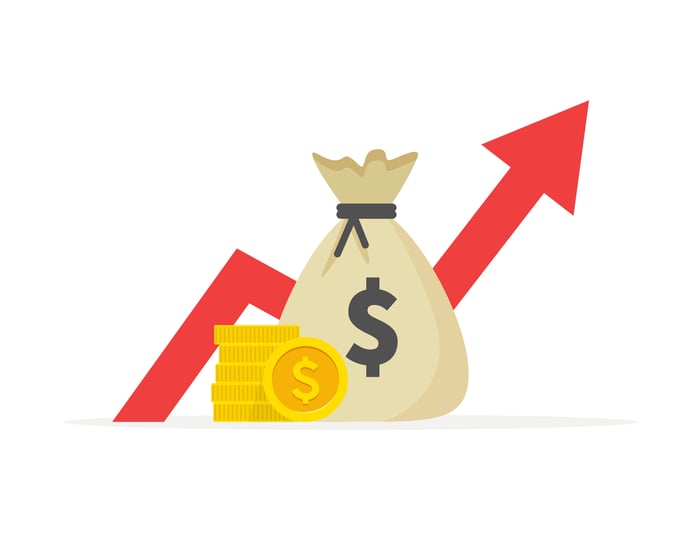 Demitri Kalogeropoulos (Kraft Heinz): Its yield recently approached a market-thumping 6%, but that's yet another reason for investors to be cautious about jumping into a position in Kraft Heinz. After all, the payout is high mainly because the packaged-foods giant was one of the market's worst performers last year, shedding 45% of its value.

Kraft Heinz has been struggling with weak demand as it tries to catch up with shifting consumer preferences toward healthier items. Sure, sales gains turned positive in the third quarter after declining in each of the last three quarters. But Kraft Heinz had to scale up its price cuts to keep volume inching higher. Gross profit is down over the past nine months and selling expenses are rising, meanwhile. Those trends together have caused operating income to fall to $3.9 billion, or 20% of sales, over the past nine months, from $4.6 billion, or 24% of sales a year ago.

Given those weak earnings trends, investors might want to keep this income stock on their watch lists rather than buying today. If CEO Bernardo Hees and his executive team can put together a few quarters of positive sales, then higher pricing should follow, and a profit rebound wouldn't be far behind. Until then, though, it's not clear how much further Kraft Heinz' profitability will have to fall before the business stabilizes.

Keith Noonan (AT&T): AT&T stock yields a whopping 6.7%, and its fantastic track record of delivering dependable dividend increases and solid financial position suggest that shareholders can continue to count on the company for payout growth. The telecom giant has increased its payout on an annual basis for 34 years running, and the cost of covering its forward distribution comes in at roughly 65% of free cash flow and 58% of earnings.

It's true that the company has a big debt load, with roughly $180 billion on the books, and AT&T's efforts to pay that down mean that payout growth will likely proceed at a slow pace going forward. However, the business is generating great cash flow even as it faces cord-cutting pressures and tough competition in mobile wireless, and the company has underappreciated growth catalysts as it launches its own streaming service, explores new advertising opportunities, rolls out 5G coverage, and benefits from the growth of connected cars and other Internet of Things technologies.

With its big yield, entrenched position in an essential industry, and opportunities to capitalize on big technology trends, AT&T stock is worth buying, trading at roughly 8.5 times this year's expected earnings.

A low-debt telecom with a generous dividend

Rich Smith (Telefonica Brasil): When seeking a great dividend stock, my first instinct is to look in the telecom sector -- and that's usually a pretty good instinct. Verizon Communications, for example, is paying a very not-shabby 4.2%, while AT&T, with a suffering stock price, has seen its dividend swell to 6.7%. But here's the thing: If you look abroad, you can find telecoms paying even better dividends -- and in some cases, dividends less threatened by debt loads.

Take Telefonica Brasil, for example. The Brazilian telecommunications giant -- the country's largest telco -- pays a 7.4% dividend yield that dwarfs even Verizon's, and it has a payout ratio of 81%, which tells us it has the money coming in to cover the dividend checks going out. Adding to the stock's attraction, Telefonica Brasil, although valued at nearly $20 billion, carries less than $700 million in net debt -- less than 5% of market cap. By way of comparison, Verizon's near-$112 billion debt load is nearly half the company's $238 billion market capitalization!

Despite being a richer dividend payer and sporting a healthier balance sheet, Telefonica Brasil sells for a bargain price of just 8.5 times earnings, which is cheaper than Verizon and cheap relative to the company's 11.5% projected growth rate as well. With a new business-friendly president recently elected in Brazil, I wouldn't be surprised to see Telefonica Brasil meet that growth estimate -- or even exceed it.