Apple's spending a ton on the TV service, it could launch in the next few months, and the company is a huge underdog in the space.

It's an open secret that Apple's (AAPL 3.71%) working on a video subscription service. While the company hasn't officially announced anything just yet, Apple CEO Tim Cook continues to tease the service, saying on the most recent earnings call, "We will participate in the original content world. We have signed a multiyear partnership with Oprah. But today, I'm not really ready to extend that conversation beyond that point."

Cook has already said that his company will launch new services this year, and there's way too much smoke around an Apple video service for there not to be a fire at this point.

Apple is expected to lean more on services revenue in the near future to make up for slowing iPhone sales, which means investors need to pay close attention to any new services that could help offset iPhone revenue declines. With that in mind, here are three key things investors should know about Apple's rumored TV service. 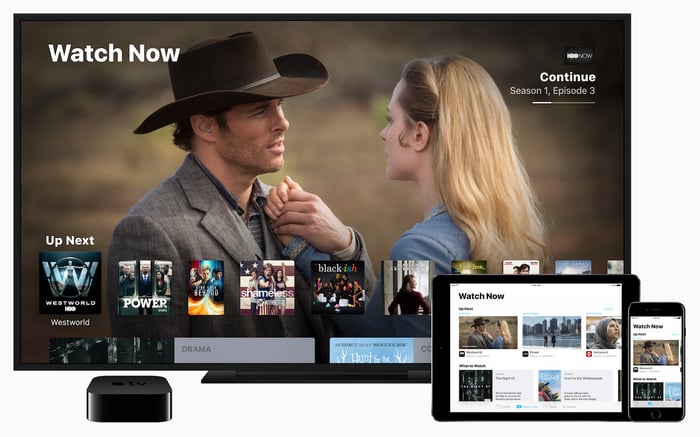 While some talk about how Apple's TV subscription service compares to Netflix, the rumored service may function more like Amazon's (AMZN 7.38%) Prime Video service. Prime Video comes with Amazon's $119 per year subscription and gives its users access to licensed video content, original shows and movies created by Amazon, and the ability to subscribe to premium channels, like HBO, within the service.

Apple's TV service is expected to function similarly, with Apple spending $1 billion in 2018 -- and $4 billion over the next three years -- for original programming, while also letting users subscribe to premium channels within its service.

With that level of spending on original shows, it's clear that Apple wants its own content to be a core benefit of the service. To do that, the company is working on a new TV series with Oprah Winfrey and hired big-name directors including Steven Spielberg, M. Night Shyamalan, and LaLa Land's Damien Chazelle. The content options will run the gamut of science fiction shows, thrillers, children's programming, and animated content.

Apple will reportedly use the Apple TV app that comes standard on iPhones and iPads to connect users to all of this programming. But there's evidence Apple could bring the app to hardware outside of the Apple world as well. The company recently launched its iTunes app on Samsung, LG, and Vizio smart TVs. This move indicates that Apple is open to running some of its services, including a new TV service, on hardware other than Apple products.

2. Apple could launch its TV service as early as April

Apple wants to debut its TV service in March and officially bring it online in April, according to a report in The Wall Street Journal. This makes some sense considering that Apple typically holds an event in March, and the company could use some of its stage time to talk about the new service. Apple's TV subscription is expected to be offered in the U.S. first and roll out to other countries after that.

This time frame has an asterisk next to it, though, as Apple is reportedly still working on its original programming, and some of it may not be ready in time. The WSJ article noted that some content producers familiar with Apple's rumored TV service say that the date could be pushed back.

What is likely is that Apple will launch its TV subscription service this year. Cook said last month that the company would introduce new services this year, and if Apple were to wait beyond 2019, it might be too late for the company to make a dent in this fast-growing market. 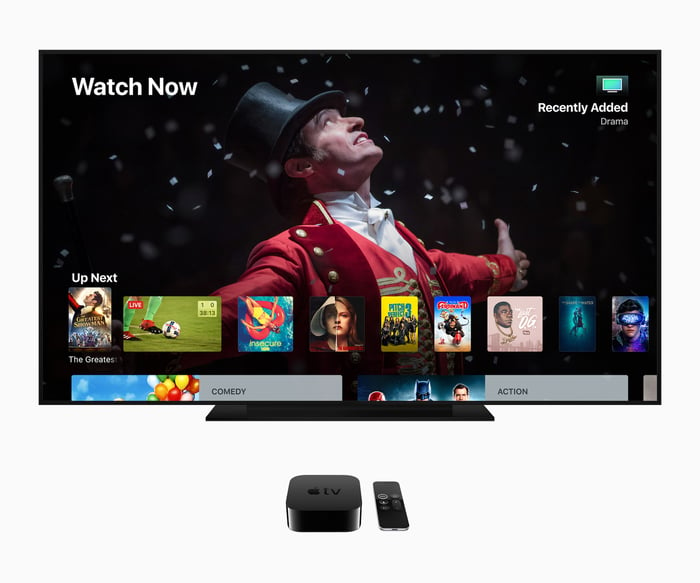 3. Apple is a serious underdog in this space

Even if Apple does launch a TV streaming service in the next few months and spends billions of dollars over the next few years on content, there's still no guarantee that it will be a success.

Apple is late to the video content market and will be fighting to grab viewers' attention away from Netflix, Amazon Video, Hulu, HBO, etc. It also will face even more competition when Disney launches its video streaming service later this year.

Since Apple is so late to this content game, it's hard to make a strong case for why the company will beat its rivals. Amazon already has award-winning shows, a growing catalog of original content, strong licensing agreements for third-party content, popular hardware through its Fire TV devices, and more than 26 million U.S. customers who already have access to its video service.

Of course, Apple was slow to adapt to the streaming music market and now has 50 million paying subscribers; it's also now a serious competitor to Spotify. But Apple at least had a long history of music successes in the past that it built off of -- it doesn't have the same with video.

Additionally, the company's Apple TV device is far from a success in the streaming device market -- Roku and Amazon essentially own the space. Apple usually succeeds when it sells people a popular device (i.e., iPhone) and then makes money from additional purchases through that device (i.e., app store purchases). With its new TV service, the company is missing the first key ingredient of its past success because the Apple TV isn't a popular device.

Nowhere else to go

Apple needs more revenue growth to make up for slipping iPhone sales, and it's increasingly looking to services to be one of its next biggest revenue drivers. Whether a video streaming service is the way to go remains to be seen, but investors should be cautious about betting on a smash hit for Apple in the video market. The company is moving timidly into video content, and it's already a highly competitive and increasingly crowded market.