Alibaba is a megacompany, but these are its top three moneymaking businesses.

Alibaba's (BABA -1.85%) 10-quarter streak of above 50% revenue growth finally came to an end this past quarter. However, the Chinese e-commerce giant still managed to report 41% year-over-year revenue growth for the period -- an impressive feat.

The company's top line benefits from a number of growing businesses, including e-commerce platforms, physical stores, and even a movie ticketing platform. But just three of Alibaba's business segments are responsible for 99% of the $17 billion in revenue it reported for the past quarter. Let's take a quick look at them. 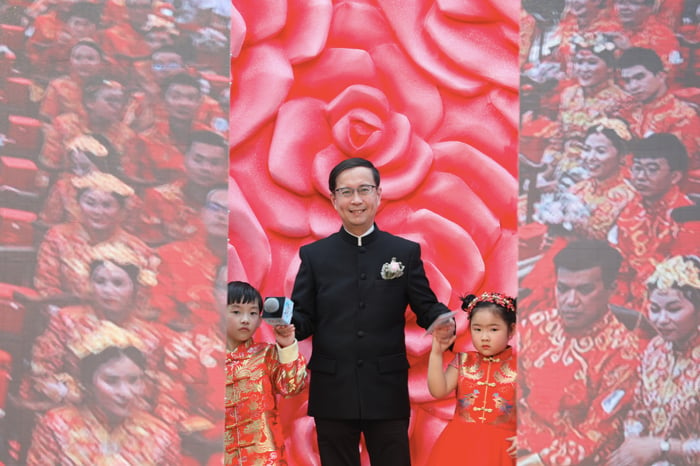 It will come as no surprise that the majority of Alibaba's money comes from its core commerce segment. In fact, its cluster of commerce businesses made up 88% of its revenue for the most recent period. For the three months ended in December, revenue from core commerce increased by 40% year over year to nearly $15 billion.

However, you might not know about the most successful e-commerce businesses under Alibaba's core commerce division. First, there's its consumer-to-consumer marketplace, Taobao, that lets small businesses and individuals sell items and has become the largest online shopping platform in China. Second, Alibaba owns business-to-consumer site Tmall.com, which outpaced the industry this past quarter by reporting a 29% increase in its physical-goods gross merchandise value.

Alibaba's China retail marketplaces hit a record 699 million mobile monthly active users, an increase of 33 million from the last quarter. On the company's latest earnings call, Alibaba's new CEO, Daniel Zhang, said he believes this group of active customers is the company's most important asset. He hopes Alibaba can create more ways to make money from them in the future.

Alibaba's cloud computing business, launched nine years ago, reported revenue of $962 million for the past quarter. That might seem negligible next to the core commerce segment's $17 billion contribution. However, the cloud business is growing fast, with revenue growing by a stunning 84% over the past year. In addition, Alibaba Cloud's revenue made up 6% of the company's total revenue pie for the past quarter, up from 4% in the year-ago period.

Alibaba's cloud platform now has over 50% of the market share in China. However, it claims less than 5% of the global cloud market, which Microsoft and Amazon.com dominate. To help the business grow, Alibaba said it wants to start offering cloud customers more access to the data and technology it uses to grow its own businesses.

Alibaba's media and entertainment business is slowly but surely growing. For the past quarter, its revenue grew by 20% year over year to $944 million. However, the segment made up just 5% of Alibaba's total revenue, down from 7% in the same period last year.

The revenue increase for media and entertainment was mainly thanks to mobile search and game publishing, as well as an increase in subscribers to Youku, or its own version of Netflix. In the past year, Youku saw a 64% increase in average daily subscribers. However, it still lags behind top competitors Tencent Video and iQiyi from Baidu.

This segment has become a big expense for Alibaba because it's been spending billions on licensing content, as well as producing its own original shows, just like Netflix. For the past quarter, the segment lost $878 million, compared with a $340 million loss for the same period last year.

The most recent quarter was notable for this segment because Alibaba increased its stake in Alibaba Pictures from 49% to 51%, giving it control over the TV and movie production company. Last year, Alibaba Pictures co-produced and financed Dying to Survive, which ended up becoming the third highest-grossing film in Chinese cinema history. Alibaba hopes the studio can help it produce more content for Youku so it can overtake Tencent Video and iQiyi.

While it's nice to see Alibaba investing in other businesses outside commerce, it doesn't have much to worry about. China's 1.4 billion population is still adapting to online shopping, plus the country's middle class is expected to grow to 850 million people by 2030, up from today's 300 million. In other words, its core commerce businesses should be more than enough to keep it going for the foreseeable future.