Please ensure Javascript is enabled for purposes of website accessibility
Log In Help Join The Motley Fool
Free Article Join Over 1 Million Premium Members And Get More In-Depth Stock Guidance and Research
By Lou Whiteman – Updated Apr 12, 2019 at 9:32AM

Lukewarm revenue guidance and a mention of accounting issues sent investors heading for the exits.

Shares of NV5 Global (NVEE 0.83%) plunged nearly 30% on Friday after the engineering and construction project management firm issued tepid 2019 guidance and warned it would disclose a "material weakness" in its accounting when it files its upcoming form 10-K annual report.

NV5 is a rapidly growing engineering firm serving the global infrastructure market from more than 100 locations worldwide. After markets closed March 7, the company reported adjusted fourth-quarter earnings of $0.91 per share on revenue of $116.1 million, missing consensus estimates for $0.94 per share in earnings on sales of $118.07 million. 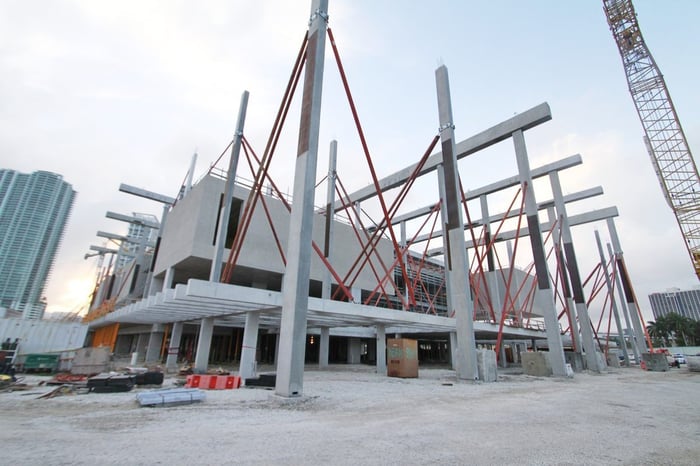 The company also warned it had discovered some accounting issues related to the initial setup of project contracts. NV5 said its review of the matter has not resulted in any restatements, and company CEO Dickerson Wright, on a conference call with investors, said that if anything, the resulting changes would likely have a slight positive impact on future results. But the market often reacts poorly to companies admitting to problems with their accounting processes.

Check out the latest earnings call transcript for NV5 Global.

It wasn't a great release for NV5, but the company's track record should give it some credibility with investors. Since going public in 2013, NV5 has seen its sales climb more than 478%, helping send its stock price up nearly tenfold. Given trends including the world's rising population, the emergence of an urban middle class in the developing world, and the desperate need to address crumbling infrastructure in the West, there should be plenty of opportunities for NV5 in the future.