Shares of Ballard Power Systems (NASDAQ:BLDP) fell more than 20% in 2018. But the fuel cell stock has been electric so far this year, rising nearly 30%. Ballard pleased its shareholders early in 2019 with news that the company's partnership with Weichai Power is progressing as expected, renewing hope for the company's future. 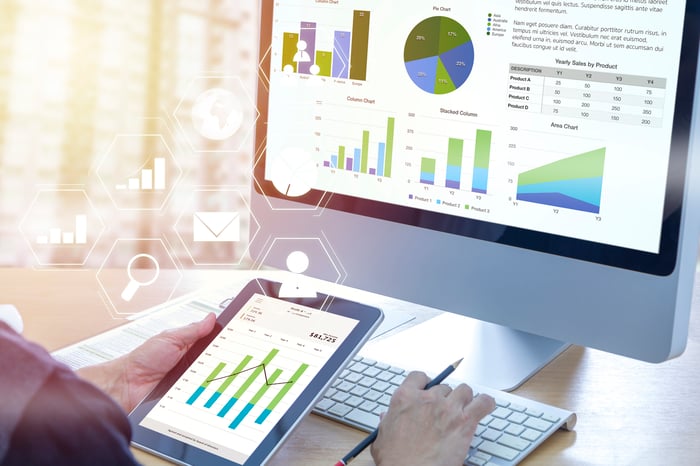 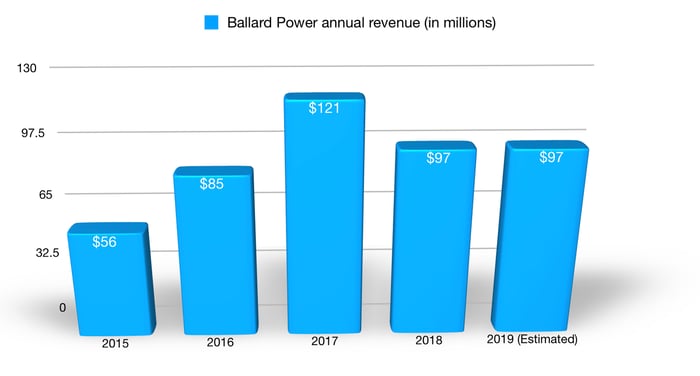 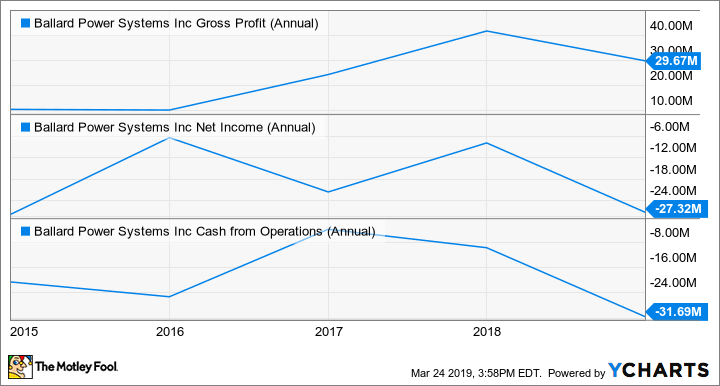 The company certainly deserves credit for the feat considering the challenges fuel cell companies have faced in trying to keep costs under control. Plug Power, for example, has generated a gross profit in only two of the past 10 years, according to Morningstar. But Ballard's ability to keep costs in check doesn't translate much further down the income statement, where the ink remains tinted red. The company, like Plug Power and Bloom Energy (NYSE:BE), has failed to generate a net profit. 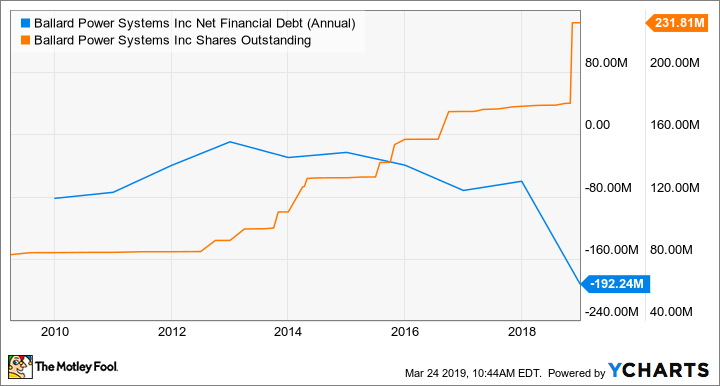