The IPO market has been heating up in recent weeks, with both Lyft and Pinterest filing their IPO plans with the Securities and Exchange Commission. Lyft's IPO is set for Friday, and its biggest rival, Uber, is expected to go public sometime in April.

All of these companies are already key players in their respective industries, and there's no doubt potential investors have been eyeing them for quite some time. If you're interested in investing in Uber, Lyft, or Pinterest, here are some of the key facts you need to know. 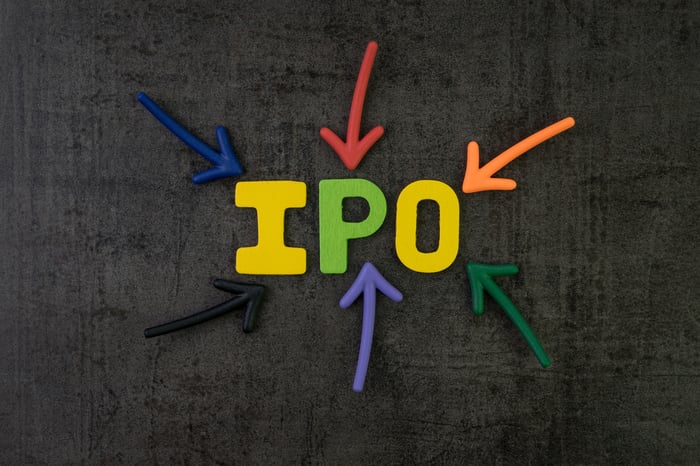 Lyft will go public on Friday, listed on the Nasdaq exchange with the ticker symbol LYFT. The company is hoping to raise $2.5 billion from the offering and is expected to list its shares at between $70 and $72. With the IPO, Lyft's valuation will be north of $20 billion.

The company has 30 million riders, and its business operates in the U.S. and Canada. While smaller than its rival Uber, Lyft still holds an impressive 39% of the U.S. ride-sharing market. The company's active riders also grew by 47% year over year in the fourth quarter of 2018.

But investors need to be aware of Lyft's losses, too. The company had a net loss of $911.3 million last year, which was larger than its loss of $688.3 million in 2017. The company is also less diversified than Uber and has minimal international reach.

Still, investors should keep a close eye on Lyft. With nearly 40% of the U.S. ride-sharing market, the company will likely be a strong competitor in the space for a while. And Lyft is investing in autonomous vehicle partnerships and technology to ensure that it prepares for its future as well. The company may not be the ride-sharing leader, but Lyft doesn't have to be No. 1 to be a great long-term bet.

Uber's IPO is just around the corner

Uber is valued at a staggering $120 billion right now, making its IPO one of the most anticipated of 2019. The ride-sharing juggernaut recently released some of its financials, with revenue jumping 43% from 2017 to 2018 and gross bookings hitting $50 billion last year.

Uber currently has about 75 million monthly active riders, operates in more than 60 countries around the world, and has about 60% of the ride-sharing market in the U.S.

To help expand its international footprint, the company just bought its ride-sharing rival in the Middle East, Careem, for $3.1 billion. The deal gives Uber an additional 30 million users and will help the company be a dominant player in countries including Egypt, Jordan, Saudi Arabia, and the United Arab Emirates.

Aside from its ride-sharing business, Uber has also made big moves into the food delivery business with Uber Eats. The industry accounted for about 17% of Uber's gross bookings in the third quarter of last year and represents an excellent way for the company to diversify its business. Statista predicts that the U.S. food delivery industry will be worth $24.5 billion by 2023.

But potential investors should also know that, despite all Uber's opportunities, the company still isn't profitable. Uber lost $1.8 billion in 2018, down from a loss of $2.2 billion the year before, and it could take some time before the ride-sharing company closes the gap between its sales and profits.

Pinterest's IPO is on the horizon

Pinterest just filed its S-1 form with the SEC and is expected to go public as soon as April. The company has been lumped into the broad social media company category -- and it certainly competes with such companies -- but Pinterest prefers to call itself a "visual discovery engine."

No matter what you call it, the company is putting up some impressive numbers. Pinterest's revenue reached $756 million last year, up 70% year over year. The company's most profitable users are its domestic customers, with the U.S. average revenue per user now at $9.04, up 47% from last year.

The company competes for ad dollars with the likes of Facebook, and that's not easy, but Pinterest is carving out a unique niche in the industry. The company has 265 million monthly active users, which in the U.S. are two-thirds women. Pinterest calls these women "deciders" and notes that they're the ones making financial decisions for their households, which makes them precisely the kind of online users advertisers are interested in.

Pinterest isn't profitable yet either, but it's moving in the right direction. The company lost $63 million in 2018, but that was a huge improvement from its $130 million loss in 2017. Pinterest may not become the advertising behemoth that Facebook is, but the company's image platform may be just enough of a differentiator to catch users' and advertisers' attention.

While it's certainly prudent for investors to research companies that are about to go public -- and to understand where those companies stand in their respective markets -- it may be best to wait a while before buying shares. IPOs tend to underperform the market, and famed investor Warren Buffett recommends steering clear of them.

Even with the above companies beginning to disclose their financials, investors won't have a complete picture of how they're doing until they've seen several quarters of earnings reports. There's a lot of hype surrounding IPOs, and it's almost always a good idea to let it all die down before deciding to invest in any company.