Which of these search titans is the best investment today?

Alphabet (GOOGL -2.75%) (GOOG -3.29%) and Baidu (BIDU -5.44%) between them control nearly all of the global internet search market. And as they've risen to that dominance, they've created fortunes for investors along the way.

But which of these search leaders' shares would be the better choice to add to your portfolio today? 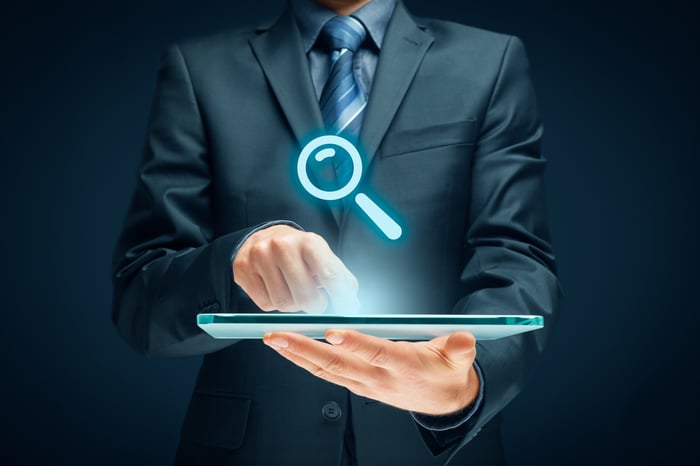 Alphabet's Google subsidiary dominates the internet search market in most countries. In fact, Google commands a greater than 90% share of the global search market.

Search is a highly profitable business for Google, and its dominance in this area helps it produce bountiful free cash flow. Alphabet reinvests a significant portion of this cash into somewhat risky projects that have high potential -- if they succeed. These comprise its "Other Bets" segment and include units such as its Verily healthcare-focused subsidiary and its Waymo self-driving car business. The segment weighs on Alphabet's profits, as all the operations under that umbrella are still in relatively early stages, and therefore generate little revenue. But Waymo alone could eventually become a $100 billion business, and many of Alphabet's "moonshots" hold tremendous long-term potential.

One of the few search markets where Google is not the leader just so happens to be the world's largest: China. This is where Baidu reigns supreme.

Baidu commands a roughly 75% share of China's search market, and China's 1.4 billion people and fast-growing economy make that a particularly valuable position to hold. Further, given that more than 40% of the country's citizens are not yet online, all internet-centric industries in China would appear to have many years of growth ahead.

Like Alphabet, Baidu is using its search profits to invest in other high-growth areas, such as artificial intelligence and autonomous vehicles. Baidu also owns an approximate 60% stake in fast-growing Chinese streaming video leader iQiyi.

But unlike Alphabet, Baidu's reach does not extend far outside of its home market, at least not nearly to the extent that Alphabet's does. Moreover, Baidu must submit to the whims of the Chinese government, which has a history of enacting burdensome regulations on internet companies.

In fact, China's censorship requirements are so restrictive that Google chose to exit the market in 2010, which allowed Baidu to cement its leadership position. But should the Chinese government ever decide that it wants to foster greater competition, Baidu's market share could be at risk.

For these reasons, I'd argue that Alphabet has a stronger competitive position, as well as a lower overall risk profile.

Check out the latest earnings call transcripts for Alphabet and Baidu.

Let's now review some key financial metrics to see how these two search giants stack up.

Alphabet's revenue, operating profits, and cash flow production all dwarf those of Baidu. Alphabet also has a far stronger balance sheet, with $119 billion in net cash and investments compared to less than $23 billion for its smaller rival. As such, Alphabet has a substantial edge when it comes to financial strength.

Alphabet is also expected to grow its profits at a faster rate. Analysts expect the search titan's earnings per share to increase by 17.5% annually over the next five years, fueled by the growth of its digital advertising businesses and cloud initiatives.

Digital ads are expected to remain the core growth driver for Baidu as well. But heavy investments in growth will likely continue to weigh on its results. For this reason, among others, Baidu's earnings are projected to rise by less than 14% annually over the next half-decade.

Thus, Alphabet has an edge here, too.

No matter which metric you choose, Baidu's stock is significantly less expensive than that of Alphabet. This is to be somewhat expected, considering Alphabet's higher expected growth rate. But even if one factors that in -- as the PEG ratio is designed to do -- Baidu's shares are still more attractively priced.

Alphabet and Baidu both give investors opportunities to profit from the growth of digital advertising. But although Baidu's stock is cheaper, Alphabet's global reach, superior financial strength, and higher projected growth rates make it the superior long-term investment.