Please ensure Javascript is enabled for purposes of website accessibility
Log In Help Join The Motley Fool
Free Article Join Over 1 Million Premium Members And Get More In-Depth Stock Guidance and Research
By Rick Munarriz - Apr 5, 2019 at 9:07AM

The e-commerce services provider sees a bull juice up his price target.

Shopify (SHOP -7.02%) came under fire on Thursday following another scathing Citron Research report. The skewering cost the stock 5% of its value on Thursday -- sending the shares back below $200 -- but that also may have been a dinner bell for an opportunistic bull. Baird analyst Colin Sebastian is boosting his price target on the shares from $188 to $208.

Sebastian feels that Shopify's clear leadership in its niche will help it stand out in this increasingly competitive environment. Between encouraging secular e-commerce trends and Shopify's potential for incremental growth as it expands its reach and service offerings, it's not a surprise that Sebastian is sticking to his bullish outperform rating on the stock. 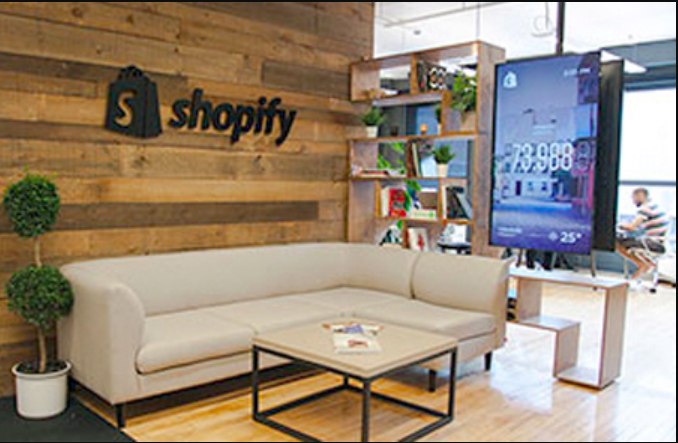 Shopify stock has come a long way in a short amount of time, something that may seem evident when you consider that a bull for the dot-com speedster had a $188 price goal on the shares until Thursday afternoon. The stock has traded well above that mark for nearly a month.

The stock has been one of this year's bigger gainers, up 41% in 2019 including Thursday's swoon. As volatile as Shopify might be, it has moved at least 38% higher in each of its first five calendar years since going public. Betting against Shopify has been dangerous.

Sebastian's move of dealing with an appreciating Shopify by lifting his price target instead of lowering its rating has been par for the course here. Last week, it was Gus Papageorgiou at Macquarie jacking up his finish line from $204 to $230. His move matched the Street high set by RBC Capital in February. The bulls are in agreement that Shopify is in a great position to gain wider adoption for more of its related services.

Shopify's growth -- while decelerating every quarter over the past three years -- is still impressive. Revenue rose a better-than-expected 54% in its latest quarter, and trailing revenue now tops $1 billion.

The business will continue to slow at this point. Analysts see revenue decelerating to a 39% ascent this year and again to 32% top-line growth come 2020. This isn't a deal breaker, as the stock has moved higher in each of the past three years despite the revenue deceleration. Shopify likes to move, but perhaps more importantly, bullish analysts like to make sure that they don't get left behind.