Just when it looked like Fitbit (NYSE:FIT) would make a tremendous comeback in 2019 after three years in the wilderness, it dropped a bomb on shareholders when it reported Q4 earnings in February. The market had expected Fitbit to capitalize on last year's smartwatch momentum and was disappointed when the company said it expects its top line to grow in the range of 1% to 4% this year because the fitness tracker business will weigh on its performance.

The company has been witnessing a terrific jump in smartwatch sales, but fitness trackers remain a drag on the numbers, though a closer look will tell us that the company is probably making the right moves from a long-term perspective. 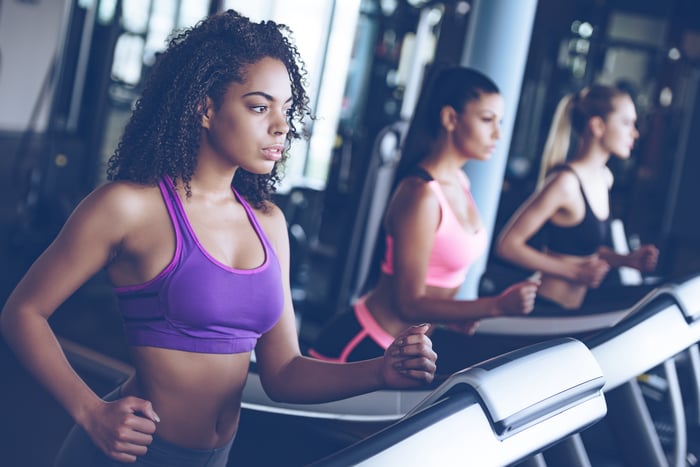 Diving into the details

Investors are probably worried by the fact that Fitbit devices' average selling price in the fourth quarter of fiscal 2018 dropped 2% to $100 thanks to the addition of the Fitbit Charge 3 fitness tracker to its product mix. This doesn't paint a pretty picture when we consider that Fitbit's smartwatch sales shot up remarkably during the year.

According to Fitbit, smartwatches supplied 44% of its revenue in 2018 as compared to just 8% the preceding year, driven by a 437% increase in smartwatch revenue. But that didn't lead to a corresponding increase in the company's full-year revenue, which actually fell around 6% in 2018. Also, active users grew just 9% during the year, while the number of devices sold declined from 15.3 million in 2017 to 13.9 million in 2018.

Looking ahead, Fitbit will face further gross margin hurdles, since it has launched new devices at aggressive price points to boost market share, but the company is willing to make that compromise so that it can increase shipments. The good news is that the ploy might work this year.

Fitbit management believes that the company will sell more devices this year as compared to 2018. Smartwatches will play a critical role in this turnaround; they are expected to produce 60% of the company's revenue this year. So there's a silver lining to Fitbit's latest results that investors are probably missing: revenue growth and higher shipments.

What about the margins?

Not surprisingly, the company expects non-GAAP gross margin in the 34% to 35% range for the current quarter, way below the prior-year period's figure of 47.1%.

But Fitbit has devised ways to increase its margins, believing that its full-year gross margin will come in at approximately 40%. This will also be in line with the company's 2018 adjusted gross margin figure of 40.9%. The gradual increase in Fitbit's margin will be driven by improved operating efficiency and higher revenue from the nondevice health solutions business.

That's because Fitbit has deployed a smart strategy of tying up with corporate customers and health plan providers. In fact, employees at as many as 70 Fortune 500 companies are feeding data into Fitbit's health management platform. This opens up a long-term opportunity for the company because it can make money selling subscriptions to such enterprise customers who are trying to keep their employees in good health.

Also, the company's devices are being offered by 42 Medicare Advantage programs this year as a covered benefit. That's why Fitbit has recently launched two new devices, priced at $99.95 and $69.95, to cater to this market and reach more customers. What's more, Fitbit management indicated during its latest conference call that the company will be releasing "an enhanced premium offering" aimed at the consumer health solutions market.

Fitbit hopes to leverage the strength of its 27-million-strong active users to grow its health solutions business. Fitbit is trying to become more than just a seller of fitness devices and smartwatches.

The steps that it has taken and intends to take indicate that the company plans to offer "fitness-as-a-service" to complement its hardware business. This will eventually boost its margins, because subscription-based software businesses are more profitable when compared to hardware businesses.

Fitbit is following the right (but painful) strategy of compromising its margins by selling hardware at aggressive prices to help it bring more users into its ecosystem and expand the market for its health solutions offerings. So it won't be surprising to see Fitbit move closer toward profitability as its strategy of selling subscription services to customers starts bearing fruit, which is why savvy investors should consider the stock's latest dip as a buying opportunity.