This week ended with a down day on the markets Friday. The after-market scene is also a bit draggy and glum, with the most actively traded stocks either maintaining their prices or declining slightly.

Perhaps many traders are busy arranging their weekends or there hasn't been enough stock-moving news since the markets closed. Yet as ever, there are a few interesting spots, to wit: 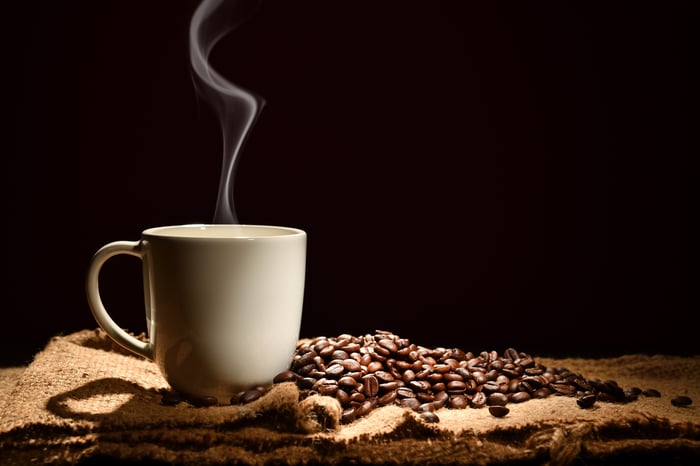 There was no earth-shattering piece of news coming directly from tech supplier Qualcomm (NASDAQ:QCOM) today. Nevertheless, the stock is one of the most active issues in post-market trading.

Perhaps this has something to do with the latest developments in the U.S.-China trade-war saga, where talks have reached an impasse according to the latest media reports.

This might negatively affect Qualcomm. As a maker of cutting-edge modems for the upcoming 5G wireless standard, the company could suffer if it can't effectively sell its goods in China. On top of that, President Trump earlier signed an executive order aimed at banning American companies from supplying components to Chinese tech-giant Huawei, a notable Qualcomm client.

I wouldn't necessarily worry about these happenings if I were a shareholder, even if the dispute between the two countries drags on or the Huawei ban sticks. No matter what, Qualcomm will reap the rewards of being an indispensable 5G player in the world. Also, Qualcomm's recent settlement with Apple over a running dispute between the two companies has taken a real monkey off its back.

Qualcomm's shares are down marginally as of this writing.

Despite the underperformance of certain titles (hello, Lyft!), 2019 has so far been a very fertile year for initial public offerings (IPOs). This week ended with a prominent one, for China-based java-slinger Luckin Coffee (OTC:LKNC.Y). The stock began trading on Friday, finishing the day almost 20% higher than its $17 per-share opening market price.

It's quite a culmination for such a young enterprise. Luckin was founded less than two years ago and has already grown to be the No. 2 coffee chain in its native market next to, inevitably, Starbucks (NASDAQ:SBUX). Luckin is a tech- and convenience-focused business that does well in the fast pace of big Chinese cities.

Rapidly acquiring a big footprint doesn't come cheap, though, and unlike the immensely profitable Starbucks, Luckin is dripping red on the bottom line. Still, China is a huge market with an undersupply of coffee (it's traditionally a nation of tea drinkers), so there's certainly plenty of opportunity for a motivated young operator.

Now that the first-day buzz is fading, the foam might be settling on Luckin stock. Its stock price has been clipped by almost 2% in after-market trading. Interestingly, Starbucks shares are also down, albeit only marginally.

The rumors are now fact: The Trump administration is delaying, for 180 days, a final decision on automobile tariffs. Earlier this week, numerous media outlets reported that such a move would be made.

The tariffs under consideration are as high as 25% on certain goods imported from nations like Germany and Mexico. Opponents of the measure argue that this will also raise costs for American manufacturers, and therefore be self-defeating.

Perhaps this is contributing to a sense of relief -- temporary or otherwise -- among owners of car manufacturing stocks. Fiat Chrysler, headquartered in London, is enjoying a slight (1.5%) post-market bump in its share price. Both Ford Motor Company and General Motors are up by more modest percentages.