Can the service hang onto subscribers?

If you believe the memes, HBO is in trouble. Twitter and Reddit are buzzing with amusing images ripped from HBO's historic hit Game of Thrones with the dialogue tweaked or text added to indicate viewers are going to give up their HBO  subscriptions now that the show is done.

There are certainly more reliable places to get information than from internet memes, but they do tend to have a bit of zeitgeist in them. So is HBO, which reaches viewers via cable and satellite packages and streaming services including its own HBO NOW, in trouble? Are a wave of cancellations about to hit the AT&T (T -1.30%) property? 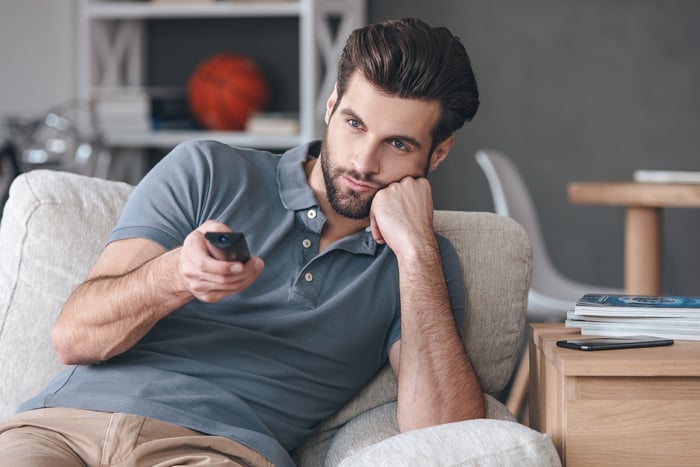 Game of Thrones was really big

Even for a service with as many past hits and accolades as HBO, Game of Thrones was a monster hit. The fantasy epic set HBO viewing records with its finale, breaking a simultaneous-viewer mark set by The Sopranos and a total viewership record set by its own prior episode.

There are also less concrete factors in play as we laud Game of Thrones. It came along just in time to fend off an aggressive push for elite original content from Netflix (NFLX -0.17%) and other streaming rivals.

HBO's high-quality programming, led by Game of Thrones, helped it hold on in a niche even as Netflix took over the subscription TV industry. And now that leader is gone.

And it was different

HBO has a leaner lineup than rivals, and relies more heavily on a few prestige programs. Some research suggests that HBO NOW's subscribers are more committed to individual shows. One study from market research firm Mintel found that 20% of HBO NOW users claimed to be willing to cancel if one show ended. That's twice as many as among subscribers to all other over-the-top services, according to Mintel.

On the other hand, self-reporting from subscribers doesn't necessarily reflect reality. Just look at the polls showing Netflix subscribers saying they would cancel over price hikes -- and then check out Netflix's continued growth despite recent price increases.

Perhaps past subscriber behavior can serve as a better measurement. There's no true analogue to Game of Thrones, but we can look to The Sopranos as the closest comparison. When The Sopranos ended in 2007, many observers expected HBO to take a subscriber-count hit. But it didn't: In fact, HBO added 80,000 subscribers in the third quarter of 2007. That wasn't much, given HBO's subscriber base of nearly 29 million at the time, but it was in-line with relatively weak additions in the several years prior.

If The Sopranos fallout is any guide, then Game of Thrones' ending might not be so devastating to HBO after all.

And it's not really gone

Just as The Sopranos and Game of Thrones had different endings (abrupt vs. plenty of farewell screen time for characters), so, too, will they have different post-finale lives.

The Sopranos ended eight years before streaming service HBO NOW launched and those who missed the finale had limited chances to catch it again. There also wasn't a very convenient way to start the series over, catch up on missed episodes, or rewatch an old favorite. But Game of Thrones is different. It was built for a streaming world and will have a chance to prove that it is as popular on-demand as it was when it was brand-new.

That could be good news for HBO's streaming service, HBO NOW -- it gets to keep showing a really great show -- but the bad news is Game of Thrones fans who've seen the seasons might not stick around as subscribers. You can sign up for HBO NOW quickly, and unsubscribe from it just as easily, and past research has shown that HBO NOW has had a hard time holding onto subscribers who join during a Game of Thrones season. Reportedly only 26% who signed up during season 7 were still with the service six months later. HBO NOW subscribers form a relatively small chunk of HBO's total subscription base, a reported 8 million out of 140 million.

It's hard to predict how well a show like Game of Thrones will do in its on-demand streaming role because no show this big has ever ended its run in the streaming era. But the fact that the series is still there to tempt binge-watchers for years to come has to make AT&T execs feel a little better, even if HBO NOW's immediate future looks a little rough.

The timing of Game of Thrones' finale is particularly unfortunate given that WarnerMedia, the AT&T subsidiary that includes HBO, is planning to launch a new subscription streaming service with HBO content at the forefront of the service's new offerings. While super-fans will be able to watch the episodes again (and again), and new fans will be able to watch them for the first time, there won't be fresh episodes.

No amount of Game of Thrones spinoffs and on-demand episodes can replace the weekly bonanza that was Game of Thrones on Sunday nights. But given the precedent of The Sopranos and the nature of streaming services (not to mention HBO's track record for finding the next big hit when it needs to), it's not time to hit the panic button just yet.