Each company brings key technology to an area of particular Pentagon interest.

Raytheon (RTN) and Northrop Grumman (NOC -4.28%) are joining forces to develop engines for hypersonic weapons, a potentially formidable competitor to industry leader Lockheed Martin (LMT 1.24%) in an area the Pentagon has deemed a significant priority.

The two companies said they have signed a teaming agreement to develop, produce, and integrate Northrop Grumman's scramjet combustors to power Raytheon-made air-breathing hypersonics, weapons able to travel more than five times the speed of sound. 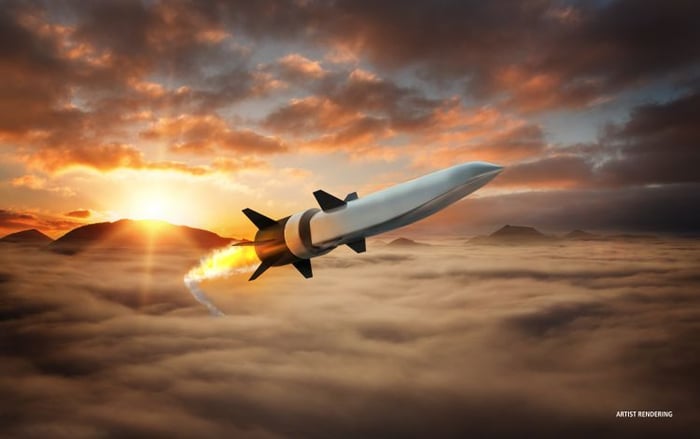 It's a concern for Pentagon planners, who believe Russia and China are either ahead or at least on par with U.S. efforts, and an area where the Department of Defense is committed to spending billions in the years to come to develop new technologies.

The government has awarded more than $2 billion in hypersonics contracts to Lockheed Martin, and in documentation justifying those awards, department officials all but said Lockheed is far ahead of its rivals. With this partnership, Raytheon and Northrop Grumman should be better positioned to compete.

Scramjet engines use high vehicle speed to forcibly compress incoming air before combustion, generating additional propulsion and allowing for sustained high-speed travel. A cruise missile traveling at hypersonic speeds has a better element of surprise than a conventional weapon, and also has greater survivability against defenses, effectiveness, and flexibility.

The design requires a booster that will accelerate the missile to a point where the scramjet can take over, before falling away.

Northrop's scramjet is to be made entirely with 3D-printed parts, which in theory should allow the companies to produce the engine in a more cost-efficient manner while reducing weight and scrap. Weight management is vital to the design, because it allows the companies to add either more fuel or a bigger payload without sacrificing speed.

The technology that underpins Northrop's scramjet has been percolating since the early 1990s but has only recently come under the contractor's control. The development began under General Applied Science Laboratory, which worked with NASA on a hypersonic vehicle before being acquired by Alliant Techsystems in 2003. Alliant in turn merged with Orbital Sciences in 2015. Northrop Grumman bought Orbital ATK last year in large part to boost its space and rocket exposure and increase its store of intellectual property. 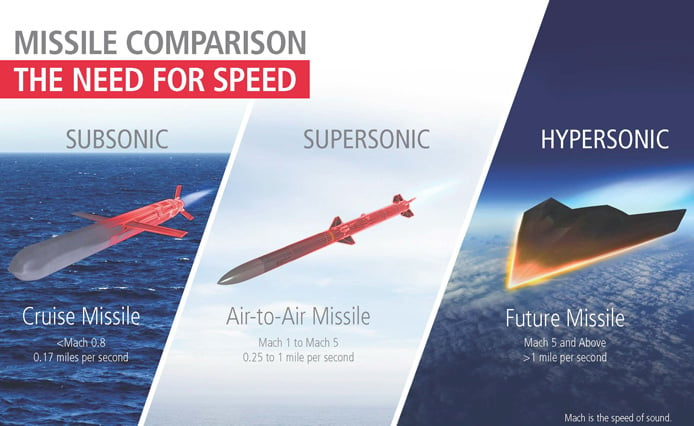 Raytheon has twice in recent years come up short in competitions with Lockheed Martin in hypersonics, first for DARPA's Tactical Boost Glide program and then for the Air Force's Air-launched Rapid Response Weapon (ARRW), but the two sides seem confident that working together will give them the upper hand.

"Our deep heritage in propulsion, fuzes and warheads will help accelerate readiness of tomorrow's missiles to meet range, survivability, safety and lethality requirements," Northrop Grumman exec Mike Kahn said in a statement. "Together with Raytheon, we intend to make great strides toward improving our nation's high-speed weapon systems, which are critical to enhancing our warfighters' capabilities for greater standoff and quicker time to target."

No matter who wins the HAWC battle, the Pentagon is the real winner from this teaming agreement and defense officials are unlikely to let the partnership fail. The Defense Department is increasingly concerned that there isn't adequate competition in key program areas after years of consolidation, and has expressed a willingness to invest to nurture a robust industrial base.

Raytheon, with its missile expertise, and Northrop Grumman after the Orbital deal, both have the expertise needed to compete in hypersonics. Raytheon also recently announced a plan to combine with United Technologies (RTX 0.24%), owner of Pratt & Whitney engines. While there is little overlap in the two companies' portfolios, Raytheon's missile unit will likely benefit from combining research efforts with the engine maker.

The Pentagon is going to spend billions on hypersonics in the years to come. With this partnership, Northrop Grumman and Raytheon have upped the odds they will be a major recipient of that funding.

Why Aerospace Stocks Are Rallying Today
397%