While Tesla fell, this former Foolish favorite has been rising.

Longtime highflier Tesla (TSLA 4.31%) has had a tough 2019. Although its share price has bounced a bit recently, the Silicon Valley automaker's shares are still down about 33% from the beginning of the year -- 22% in May alone -- on concerns about slumping demand, a series of deep cost cuts, and a big first-quarter loss.

Those concerns may grow. CEO Elon Musk has promised repeatedly that sustainable profitability will soon arrive. But 9 years and counting after Tesla's initial public offering, it remains elusive.

Many auto and technology investors have been obsessing over the innovative electric-vehicle upstart's growing troubles. But recently, some have been returning to an old favorite: Shares of Ford Motor Company (F 3.07%) have risen about 31% so far in 2019. 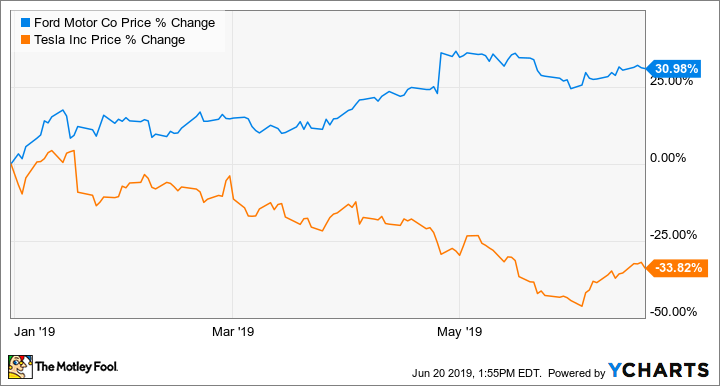 Why Ford's stock slumped from its postrecession highs

To understand why Ford's stock price is up in 2019, we should review why it slumped from its strong levels earlier in the decade. Simply put, while Ford posted strong sales and profit growth after the Great Recession, culminating in an all-time record pre-tax profit in 2015, investors have had concerns:

Those concerns all contributed to the ouster of CEO Mark Fields in May 2017. His replacement, Jim Hackett, said that he would launch a "redesign" of Ford's global business to improve its "fitness" and position it well as future technologies become mainstream.

But he gave few specifics, and Wall Street analysts were skeptical -- until recently. 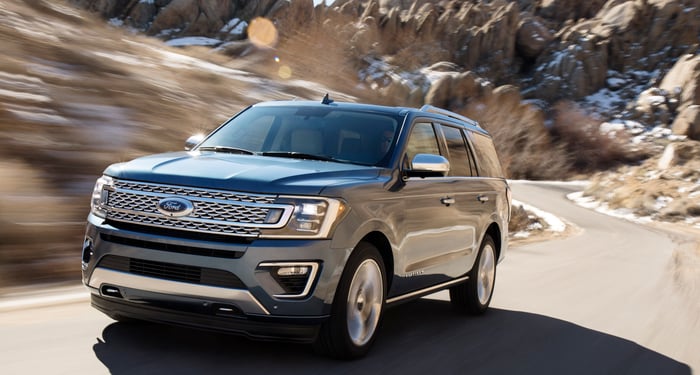 Why Ford's stock has been rising in 2019

Two things have changed: First, Hackett and his team have recently been much more forthcoming about their specific plans for "redesigning" Ford. Second, while there's still much more to be done, Ford's last two earnings reports have shown Wall Street that Hackett's changes are beginning to bear fruit:

Long story short: Wall Street is feeling much better about Ford's prospects than it was, and that's why the Blue Oval's stock price has been rising in 2019.