Insurance may not seem like the most exciting business to invest in, but some of our Motley Fool contributors disagree. Not only do they think insurance can be exciting, but some insurers are also well positioned to deliver market-beating returns in the years ahead. Our contributors think Trupanion (NASDAQ:TRUP), Travelers (NYSE:TRV), and UnitedHealth Group (NYSE:UNH) are especially worthy of a closer look.

Insurance for your furry companions

Matt Frankel, CFP (Trupanion): Americans love their pets. In North America, there are roughly 180 million dogs and cats, and this number is steadily climbing. And people spend a lot of money on their pets' healthcare -- $62 billion per year currently. 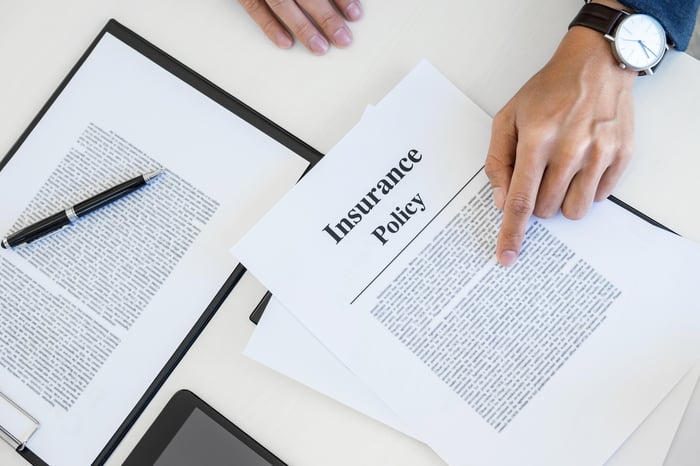 That's where Trupanion comes in. It is a health insurance company that sells coverage for pets. Veterinary care certainly isn't getting any cheaper. If your dog or cat is seriously hurt or ends up with a life-threatening condition, it isn't uncommon for vet bills to climb to $5,000 or more.

Pet insurance is a logical solution to this issue, but the market for this type of insurance is extremely young. Trupanion is a leader in the space and has about 548,000 pets enrolled in its insurance products, which may sound like a lot but only represents about 0.3% of the addressable market. So it's fair to say that there's lots of room to grow.

The numbers look rather impressive. Trupanion has a monthly retention rate of 98.6% and has achieved year-over-year revenue growth of 20% or more for the past 46 quarters in a row. With such a huge addressable market, a management team willing to invest heavily in growth, and a track record of delivering excellent results, Trupanion could easily grow into a household name among pet owners in the U.S.

One of the most important metrics to measure insurance companies is the combined ratio, a formula that measures insurers' profitability by taking the sum of claim-related losses and business costs and dividing it by earned premiums over the same period. When expressed as a percentage, anything under 100% demonstrates an insurer is profitable based solely on its underwriting policies and premiums, before any investment gains from the float are taken into account. In 2018, Travelers' combined ratio was 96.9%; and in 2019's Q1, it was 93.7% -- both below the 100% threshold investors should look for.

For investors, one of the most attractive aspects of Travelers shares is the capital allocation of its management team, which consistently returns capital to shareholders via dividends and buybacks. In 2018, Travelers returned more than $2 billion to shareholders and has returned more than $42.6 billion since 2006, when it authorized its first buyback program. The insurance company has paid a dividend for 148 consecutive years, and its shares currently feature about a 2.2% yield.

Fit as a fiddle

Dan Caplinger (UnitedHealth Group): Health insurance is a necessity for those who want to protect themselves from the financial ruin of an unexpected major illness. UnitedHealth not only has put together a health insurance group that is among the leaders of the industry, but also has integrated other key health and wellness-related businesses under one roof. You'll find several healthcare-services specialists under the Optum label, including a pharmacy benefits manager, a health management and operations business, and a data analytics arm that aims to make healthcare as efficient and effective as possible.

Lately, UnitedHealth's stock has found itself under pressure, as some are concerned about the potential for further reform efforts in healthcare. The political climate remains uncertain, and one of the few areas in which lawmakers appear to agree is that the cost of prescription drugs and other medical treatment seems higher than it should be. Depending on exactly what measures Washington aims to take, some of the impact could fall on UnitedHealth's business.

Yet in the long run, UnitedHealth has done a good job adapting to changing circumstances. Its handling of health insurance exchanges under the Affordable Care Act has been masterful as it seeks to maximize its opportunities rather than getting caught in a tough situation. With shares a relative bargain, now's a good time to look at UnitedHealth Group.