The all-important S&P 500 is about to get a new constituent, and the CEO of a hot tech stock takes a seat.

In contrast to today's standard trading hours, the aftermarket hasn't seen many fresh, stock-moving news items -- which is a big reason why we're not seeing a lot of price leaps for most of the market's significant companies.

Turning to the news that has come in tonight, the S&P 500 index is getting an adjustment, while the CEO of a tech company still new to the market has nabbed a plum outside job. Here's more on both developments. 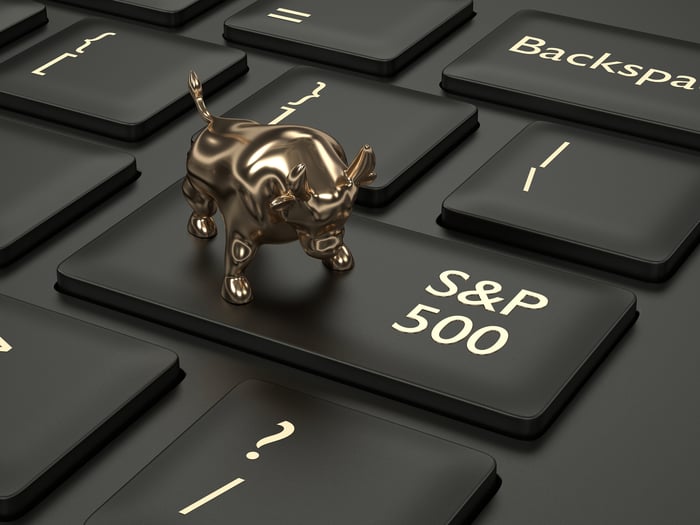 Bond market trading platform operator MarketAxess Holdings (MKTX 4.24%) is about to become much more well known. The stock is to be a constituent of the highly influential S&P 500 index, a move announced after market hours today by the S&P 500's parent company, S&P Dow Jones Indices.

MarketAxess is the choice to replace current S&P 500 member L3 Technologies, a communications equipment defense company. Last year, peer company Harris Corp. reached a deal to effectively acquire L3 Technologies in an all-stock arrangement that is expected to close momentarily. Following the absorption of L3 Technologies into Harris, it will cease to be a separately traded stock.

For both MarketAxess and Axon, their respective index advancements should garner fresh attention from investors. MarketAxess will also likely attract more interest from the many index funds prowling the market; this effect should be less pronounced in Axon's case. In spite of this, both stocks are trading down slightly in after-hours action.

CrowdStrike's CEO gets a new gig

George Kurtz, co-founder and CEO of rising IT sector star CrowdStrike Holdings (CRWD 4.28%), is now part of a legacy company in the sector. Hewlett Packard Enterprise (HPE -5.85%) said in a press release circulated after market close that Kurtz has taken a seat on its board of directors.

The move comes mere weeks after CrowdStrike's very successful IPO, which saw the cybersecurity solutions provider's stock rocket, surging to nearly twice its IPO price on the close of its first trading day.

Hewlett Packard Enterprise, citing Kurtz's 26 years of experience in the IT business with such companies as McAfee, said that Kurtz's "deep roots in important technology segments including cloud and cybersecurity will bring even stronger market insights to the Board and Company as we continue to further invest in market innovation."

Although joining the board of a famous name in the IT sector confers renown on a person, this doesn't seem to be reflected in CrowdStrike's share price at the moment. Post-market, CrowdStrike stock is trading down by slightly over 1%. The shares of Hewlett Packard Enterprise, meanwhile, are flatlining.

Stock Market News: These 2 Stock Winners Are Thriving Despite the Coronavirus