It may be time for craft beer to drop its premium pricing.

Anheuser-Busch InBev (BUD -0.94%) is often criticized for its craft beer ambitions. Buying up 10 or so small breweries and producing its own "craft" beer, Shock Top, has not sat well with some beer afficianados rooting for the small, independent brewers that are craft by definition. But it may be the megabrewer that shows the craft beer industry the way forward to growth.

While traditional craft brewers tend to package their beer in four-packs of cans, Anheuser-Busch is beginning to package its crafty beers in larger, value-size packs, including 12-, 15-, and 18-packs. In doing so, it is lowering the per-can cost of the beer for consumers.

Although craft beer likes its premium pricing, in an industry that may be poised to report lower year-over-year sales volume for the first time in decades, it could be time for smaller brewers to stop doing things differently and start following the giants. 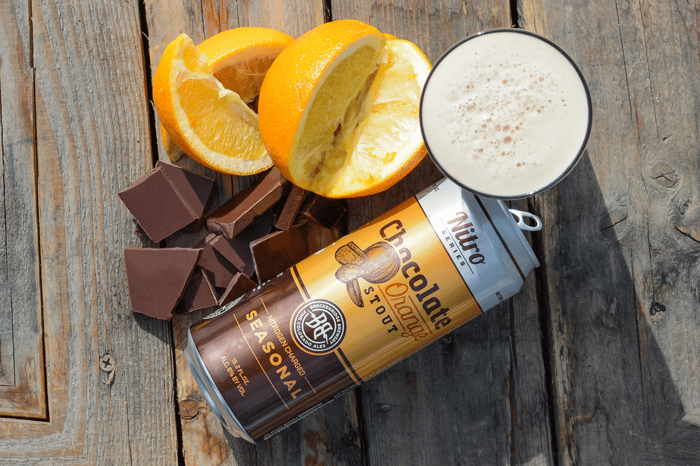 The effective price cuts are paying off for Anheuser-Busch. While the average decline in prices is reportedly a modest 2.5% for its acquired craft beer portfolio, market analysts at IRI say sales are soaring.

Molson Coors (TAP -0.02%) says in its MillerCoors blog that some Anheuser-Busch brands are seeing double-digit sales increases, with Breckenridge Brewing, which the megabrewer acquired in 2015, reportedly witnessing a 54% surge year to date and Golden Road Brewing (also acquired in 2015) close behind with a 52% gain.

Citing data posted by industry site Beer Marketer's Insights, MillerCoors says Anheuser-Busch's 10 Barrel Pub Beer has witnessed some of the steepest price cuts, down $9.60 per case on average to under $21 per case, fueling volume gains of 124%. Other price cuts include:

In comparison, MillerCoors notes its own Tenth & Blake craft portfolio averages $41.01 per case, a half-percent drop from last year.

While mass-produced beer has long been sold in cans, it took craft beer a bit longer to adopt them, but improvements in technology mean that cans affecting flavor is no longer a concern. Using a can also means consumers can bring their favorite craft beer to locations where glass bottles are frowned upon, like the beach, ballparks, and public parks. This was one of the motivating factors that convinced Boston Beer (SAM -2.19%) to begin putting its flagship Samuel Adams brand in cans.

Although craft beer really embraced the 15-pack in 2017 -- Founders Brewing kicked off the trend back in 2014 -- the industry's affinity for the 16-ounce four-pack remains powerful and can be credited to The Alchemist craft brewery in Vermont, which bottled its popular Heady Topper IPA that way and soon had other craft brewers following suit.

The 16-ounce size also helps craft beer stand out from the 12-ounce servings of the mass brewers while letting them maintain a premium price for their beverages. The size also serves as something akin to portion control, since it's a nice fit between a seemingly too-small 12-ounce bottle and a too-big 20-ouncer.

Yet Boston Beer founder and Chairman Jim Koch has worried the move toward 15-can packs could hurt craft beer pricing and the industry's ability to absorb the price cuts.

He told analysts several years ago: "I think the primary downward pressure on pricing at this point is the advent of 15 packs into craft beer. ... And the consumer may or may not look at that as price degradation because they may be looking at the cans and thinking, well, that's kind of equivalent to a 12-pack of bottles except I'm getting three free beers."

Yet as craft beer makers are likely to see growth this year only because of beverages that aren't beer -- namely hard seltzer, cider, and tea -- price cuts may be what the industry needs to win back consumers who are moving away from beer in favor of spirits, wine, and flavored malt liquor drinks.

So far, Anheuser-Busch is showing that price cuts through bulk packaging can lead to significant sales growth. And whether craft brewers go all in on 15-pack packaging, price cuts are what may ultimately turn around falling sales, even if it means seeing margins degrade in the near term.