Shares of Worldpay (NYSE:WP) rocketed 60.3% in the first half of 2019, according to S&P Global Market Intelligence, as the payment processing giant agreed to be acquired by fellow payments giant Fidelity National Information Services (NYSE:FIS). The electronic payments industry is facing a number of interesting developments and new competition, both from large banks investing in their own processing businesses, as well as new and disruptive fintech upstarts that offer compelling new technology services.

In fact, the Fidelity-Worldpay acquisition came on the heels of a very similar acquisition of First Data by Fiserv. Like those two companies, one company in this combination (Worldpay) is more involved on the merchant acquiring and technology side, while the other company (Fidelity National) mainly provides payment technology for financial institutions.

Investors may therefore suspect that the merger arose from a defensive posture. But Worldpay may have put those concerns to rest when it delivered solid first-quarter earnings that beat analyst expectations. 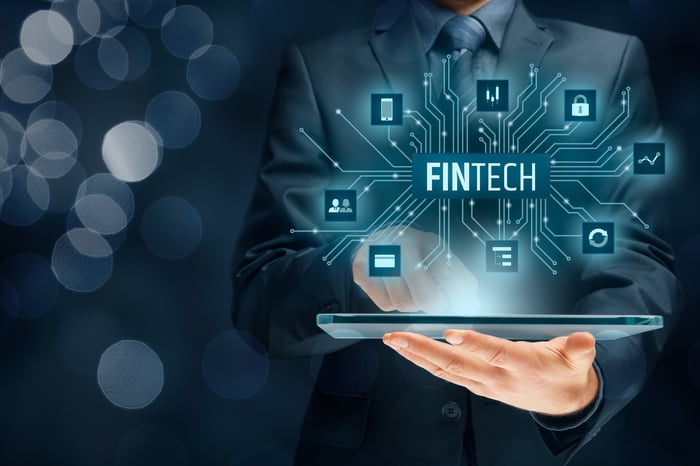 The combined company aims to create value through both $500 million in revenue synergies (at a roughly 60% EBITDA margin) and an additional $400 million in cost synergies, for a total EBITDA synergy of $700 million.

In the next three years, the company expects to grow revenue 6% to 9%, while increasing margins and eventually generating free cash flow of $4 billion to $4.5 billion, nearly double the $2.4 billion the combined companies generated in 2018.

Both companies will need to invest in new payments solutions to fend of competition. Nevertheless, investors seem to have become more optimistic, as Worldpay's stock has continued to rise well after the merger announcement. With two leaders combining to take on the roughly $3 trillion global e-commerce payments industry, they have as good as shot as any to capitalize on the growth of electronic payments worldwide.