These stocks helped contribute to the broader market's losses.

The stock market pulled back from its recent record-setting rally on Wednesday as investors started to consider some of the more troubling possibilities for the remainder of 2019. Many market participants have assumed that outstanding issues like trade disputes and other geopolitical tensions would get resolved in short order, but the possibility of ongoing turmoil could eventually start showing up in economic growth figures and earnings results. In addition, some bad news from individual companies hurt the overall mood on Wall Street. Textron ( TXT -2.33% ), Nu Skin Enterprises ( NUS -1.73% ), and Ericsson ( ERIC 0.20% ) were among the worst performers. Here's why they did so poorly.

Shares of Textron fell 9.5% after the aircraft manufacturer and industrial conglomerate reported its second-quarter financial results. Textron said that both revenue and net income were down from year-ago levels, and it took significant stock buybacks to keep earnings per share moving higher. Weakness in commercial turboprop deliveries, helicopter production, and unmanned systems dinged the company's top line, and the sale of its tools and test division hurt its industrial segment revenue. CEO Scott Donnelly said he expects a recovery in the second half of 2019, but investors didn't seem to want to wait longer for a rebound. 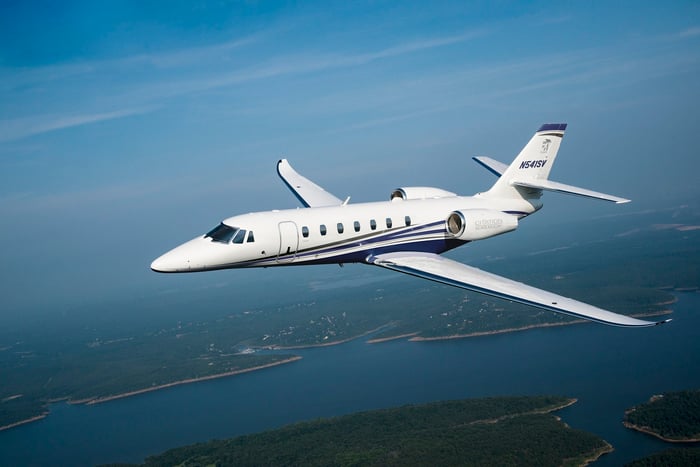 Nu Skin warns of blemishes ahead

Nu Skin Enterprises saw its stock plunge nearly 15% following its release of estimated second-quarter results. The skin care products specialist said that weak performance in the Chinese market would result in revenue of between $622 million and $623 million in the second quarter, less than what most investors were expecting to see, and earnings will likely come in between $0.82 and $0.84 per share. Analysts at D.A. Davidson then downgraded the stock from buy to neutral, with their concerns about the possible long-term impact of China's weakness making shareholders more nervous. The news came as a shock, particularly given Nu Skin's strong results from the first quarter.

Finally, shares of Ericsson declined 11%. The telecom infrastructure company's second-quarter results looked good on their face, featuring double-digit percentage sales growth and reversing a year-ago loss with a substantial profit. Yet Ericsson also had some things to say about the Asian economy, noting that its planned rollout of 5G networks in the region would likely put downward pressure on the company's bottom line. Ericsson faces considerable competition in supplying components for Asian 5G networks, and even though the company has done a good job of turning itself around, it has to push even harder in order to achieve the goals that its investors have set for the telecom player.