Please ensure Javascript is enabled for purposes of website accessibility
Log In Help Join The Motley Fool
Free Article Join Over 1 Million Premium Members And Get More In-Depth Stock Guidance and Research
By Lou Whiteman - Jul 29, 2019 at 9:16AM

A new growth engine is emerging while a business-jet recovery picks up speed.

General Dynamics (GD 1.26%), for a few years now the underachiever of the defense sector, delivered a solid beat and raise in the recently completed second quarter. And while it could still take a few quarters before the stock really rockets higher, the results give credence to the bull argument that GD is at long last heading in the right direction.

General Dynamics posted second-quarter earnings of $2.77 per share on revenue of $9.6 billion, ahead of the consensus estimate for $2.68 per share in earnings on sales of $9.36 billion. The beat was largely driven by improving profitability, with operating margins increasing 50 basis points from the previous quarter, to 11.4%. 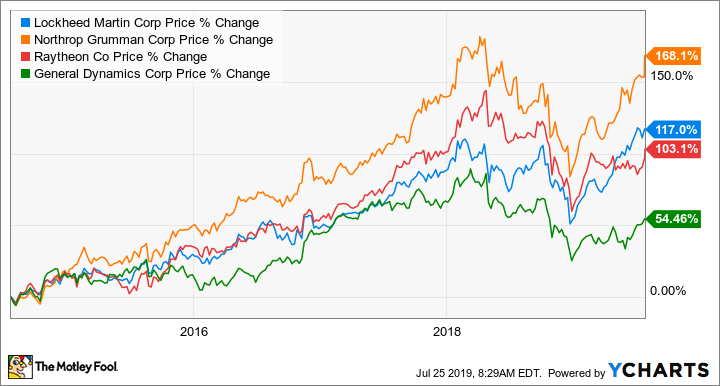 The company also raised its full-year earnings estimate to a range of $11.85 to $11.90 per share, from $11.60 to $11.70 per share. Analysts were already expecting more than the company had been projecting, but their consensus of $11.75 per share still turned out to be conservative compared to the company's new projections. GD's core military businesses, primarily a collection of land system and Navy manufacturing assets, are in transition, with all eyes focused on the gradual launch of the Navy's new Columbia-class ballistic submarine, expected to be the most expensive new boat program on record.

For years, General Dynamics' nonmilitary business, Gulfstream, has been a laggard, and the division continues to be choppy. But it appears that a somewhat controversial 2018 acquisition is beginning to pay off, and that unit is well-positioned to fill in the gaps while a Gulfstream turnaround takes shape.

IT is turning into a powerhouse

General Dynamics' decision to spend nearly $10 billion to acquire government IT specialist CSRA was roundly questioned after it was announced in 2018, and indeed the contractor was going against the tide when it made the move.

GD was expanding its IT operations at a time when peers including Lockheed Martin and L-3 Communications, now L3Harris Technologies, were running for the exits, scared off by margin contraction in the highly competitive business and the threat it would drain resources from higher-margin platform businesses.

General Dynamics was betting that the added scale would give it a competitive advantage. The newly formed GDIT unit had about $10 billion in IT and government services revenue, ranking it second in the sector behind Leidos Holdings. (Leidos houses the assets Lockheed Martin shed when it left the IT business in 2016.) 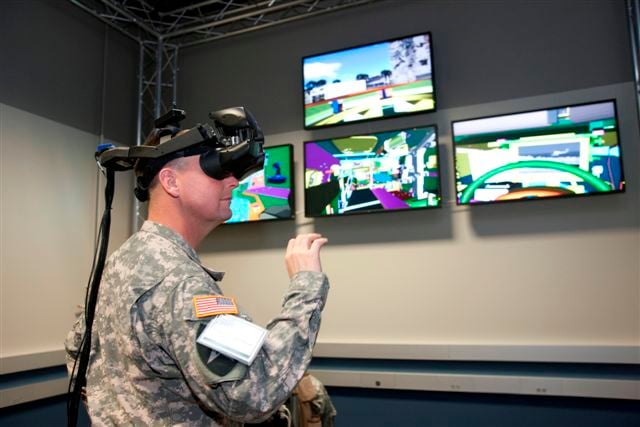 The company believed that by expanding the scale of its IT business, and importantly adding to its number of employees with clearance, it would be able to bid for larger, more complex (and often more lucrative) deals. The government, as it attempts to squeeze more out of a budget limited by tax cuts and deficit worries, is increasingly turning to IT outsourcing to cut personnel costs, and GD believed that with CSRA in the fold it would be able to win an outsize proportion of the new business.

GDIT revenue grew by only 3% year over year, but margins came in slightly ahead of consensus expectations at 7%. The company had IT orders of $2.67 billion in the quarter for a book-to-bill of 1.2 and grew its total backlog 5%, to $8.85 billion. CEO Phebe Novakovic on a post-earnings call with investors said she anticipates strong growth in the quarters to come, praising the "velocity in submittals" and the increase in win rates the business is seeing:

Unfortunately, Gulfstream isn't yet at full power. The entire business-jet sector has struggled since the 2008-2009 recession, but there was hope earlier in the year that a combination of an aging corporate fleet and new depreciation rules would spark a rally. Although Gulfstream revenue was up 13% year over year in the quarter, it fell short on deliveries and ended with a book-to-bill ratio of 1.03, down significantly from the 1.4 ratio at the end of the first quarter.

Novakovic on the call said there is "very solid demand" for Gulfstream products and, without naming the competitor, specifically dismissed concerns expressed by bizjet rival Textron last week about macroeconomic headwinds that had caused a slowdown. Rather, GD sees a gradual ramp-up in sales heading into the second half of the year, helped by the late June certification of the G600 with deliveries starting in August.

Gulfstream has more than a year's worth of sales in its backlog, which should translate to revenue growth starting in the second half of 2019. Profitability growth will take longer, as the G600 and its sister plane the G500 won't see margin improvement until 2020 as production gets going and start-up costs fade. But Gulfstream, with its order book and fresh product line, is set up well to help grow General Dynamics' profits in 2020 and into 2021.

It's finally coming together

After a prolonged wait, General Dynamics investors finally have reason to feel confident about the stock. Gulfstream has required patience, but with every quarter, clarity is improving, and the rebound now appears right around the corner. Equally important, the GDIT business appears capable of generating some momentum even before the Gulfstream surge kicks in and sustaining that growth into 2020 and beyond.

These businesses look like winners on top of a solid, if not spectacular, defense base, which should continue to generate modest revenue growth and strong cash flow. General Dynamics also expects full-year free cash flow conversion to be "well in excess" of 100% of net income, giving the company ample flexibility.

General Dynamics of late has traded at a discounted valuation to its defense peers, justified by the Gulfstream albatross. As Gulfstream has improved, the gap has closed, but GD at 16.9 times earnings is still below Lockheed Martin (at 17.97), Northrop Grumman (at 17.73), and Raytheon (at 17.71).

It's finally time for General Dynamics to soar.