Don't let short-term price movements scare you away from SmileDirectClub.

The public markets have been a bloodbath so far for two recent IPOs. The bankers priced SmileDirectClub (SDC 2.82%) at $23 a share on Sept. 12, valuing the orthodontics start-up at almost $9 billion. And the markets refused to bite. The company lost almost $4 billion in market cap in a couple of weeks.

Next up on the chopping block was Peloton Interactive (PTON 4.39%), priced at $29 a share on Sept. 25. That share price put an $8.1 billion valuation on the company. Twenty-four hours later, the company watched as almost $1 billion of its net worth vanished in its first public trading session. It's actually been a horrible month for a lot of expensive, high-growth stocks. The amazing Shopify (SHOP 5.04%) has been hemorrhaging dollars for weeks. It's recently lost about 20% of its market cap. A loss that size means that $8 billion has gone missing. Roku (ROKU 8.96%), meanwhile, has shed 40% of its net worth; that's $7 billion that has disappeared. In my universe of high-growth stocks, the bears are on a rampage and the Nasdaq is bleeding out.

In other words, the timing was kind of horrible for an initial public offering for a couple of high-growth stocks: Nobody is excited, and everybody is terrified. And that's how a very impressive stock with amazing financials sinks like the Titanic.

Of course, as investors, we like to buy stocks that are going up. It can be a little stressful and nerve-wracking buying a stock that has already lost, say, $4 billion. Our subconscious says, "That company might lose my dollars, too!" When this happens, it can help to tell your subconscious to get a grip and look at the important numbers. What really matters is not what the stock is doing, but what the company is doing. And SmileDirectClub is dazzling as a business.

This company has phenomenal revenue growth of 113%. There are software companies that don't have revenue growth like that. And this is an orthodontics business.

That said, any lemonade stand can double revenue growth. What impresses here is that it's a billion dollars we're talking about. SmileDirectClub had $586 million in revenue over the past 12 months, with another $1 billion-plus expected in the next 12 months. It should hit $2 billion in revenue sometime in 2021.

How are they doing it? Well, for starters, in the United States there are 124 million people who need orthodontics. That translates into a massive $234 billion market opportunity for the company. And that's just in the United States. Worldwide, the total addressable market is 500 million people who need orthodontics. That's a market opportunity of almost a trillion dollars ($945 billion, to be exact). And that number will continue to grow, because 85% of the world has malocclusions (misaligned teeth). In other words, 6.5 billion people in the world need orthodontics, and a lot of those people can't afford them right now.

SmileDirectClub might just change that. The company is the cheap alternative to Align Technology (ALGN 3.54%) and the rest of the orthodontic universe. Braces normally run $5,000 to $8,000. SmileDirectClub charges $1,895. Or you can give a down payment of $250 and pay $85 a month.

SmileDirectClub might be the first 3D-printer stock to makes its investors rich. And there are actually two exciting technological trends to be found here. SmileDirectClub uses telemedicine; instead of multiple in-person visits, a dentist examines the patient's teeth via the internet. The company then uses 3D printing to manufacture an aligner for your mouth, which they send to you in the mail. 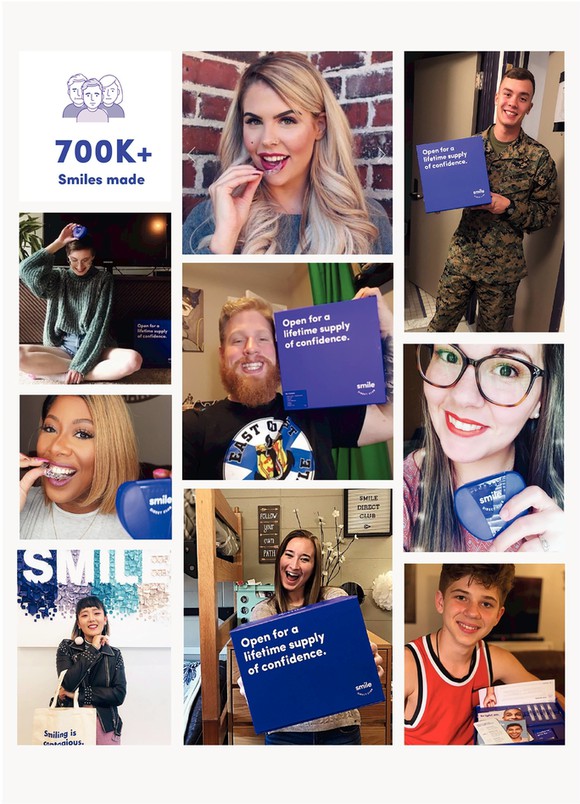 Peloton stock is on sale, but walking is free

Peloton is certainly a cheaper stock now than it was a few days ago.  SmileDirectClub has a P/S of 9. Peloton's is a little over 7. This is cheap, especially when compared to its impressive growth rate. Peloton has $915 million in revenue, and it's expanding that revenue by 109% a year. So what's not to like?

The basic problem I have with Peloton is that its treadmill costs $4,295. And it's competing with ... walking outside. When your major competitor is free and easy, it's hard to win. Even if it's raining, you can go to a shopping mall and walk around. Or you can join a spin class.

Consider that the global treadmill market is estimated at $4.8 billion. And the stationary bike market is even smaller, at $500 million. These are tiny, tiny markets. I see Peloton as a very small business with a tiny niche market. The company itself is valued at $7 billion, almost twice as high as the entire market it's competing in. How is that going to work?

Yet another important difference is that SmileDirectClub has almost no inventory risk, since its aligners are made-to-order. This gives it outstanding gross margins -- currently 75%, and rising every year. Peloton's gross margins are quite bad in comparison at 42%. And inventory risk will always be a problem for Peloton. I see a lot for investors to smile about with SmileDirectClub, but it's a good idea to walk away from Peloton.