Major benchmarks climbed on Wednesday, with investors taking the most optimistic view of China's latest move on U.S. trade relations. Chinese officials signaled a willingness to come to terms on a smaller set of less contentious issues, leaving more difficult challenges for later in the process. Even though it seems likely that the White House wouldn't favor that strategy, market participants just seemed happy that China didn't take a more aggressive position. Among individual stocks, there were several sizable gainers. Roku (ROKU -1.31%), American Outdoor Brands (SWBI -0.77%), and Sleep Number (SNBR -0.88%) were among the top performers. Here's why they did so well.

Now is Roku's time to shine

Shares of Roku picked up 9% after the streaming television specialist got positive comments from stock analysts. Macquarie upgraded Roku from neutral to outperform and boosted its price target by $20 to $130 per share. Analysts believe that the company will be successful in its efforts to pull in an international audience, with estimates calling for active subscriber counts to soar from 31 million to 70 million in the next three years. Many had believed that the best times for Roku's stock were behind it, but global expansion could drive another push higher for the streaming company. 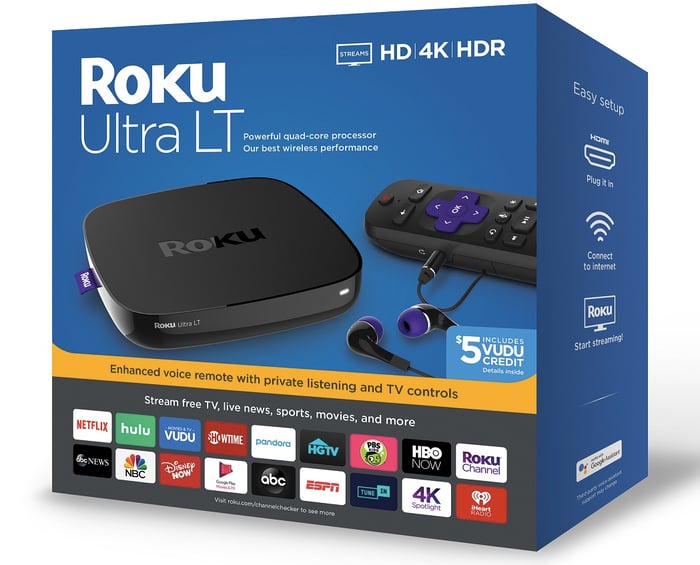 Gunmaker and outdoor equipment retailer American Outdoor Brands saw its stock climb 7% following comments from analysts at Craig-Hallum. The analyst company boosted its rating on American Outdoor Brands from hold to buy, noting that after its recent declines, the stock's valuation looks inexpensive given the company's prospects for growth. Analysts are generally still concerned about the decline in demand for firearms, and gun companies could still face regulatory requirements down the road. For now, though, Craig-Hallum sees good times ahead for American Outdoor Brands, and the $10 price target that analysts set gives plenty of room for the stock to climb.

Finally, shares of Sleep Number finished higher by 8%. The stock got upgraded from market perform to outperform by analysts at Raymond James, with comments that applauded the bedding manufacturer's product lines and overall business. Consumers have made a big push into health and wellness, and sleep has enough of a role in those areas to warrant spending more to get the best products available. That should play to Sleep Number's strengths, in Raymond James' eyes, and watchers of the company are optimistic heading into the coming earnings season.