Shares of motorcycle icon Harley-Davidson (NYSE:HOG) jumped as much as 9.5% today on better-than-expected earnings results. At 2:30 p.m. EDT, shares were still up 9.3% and gaining for the day. 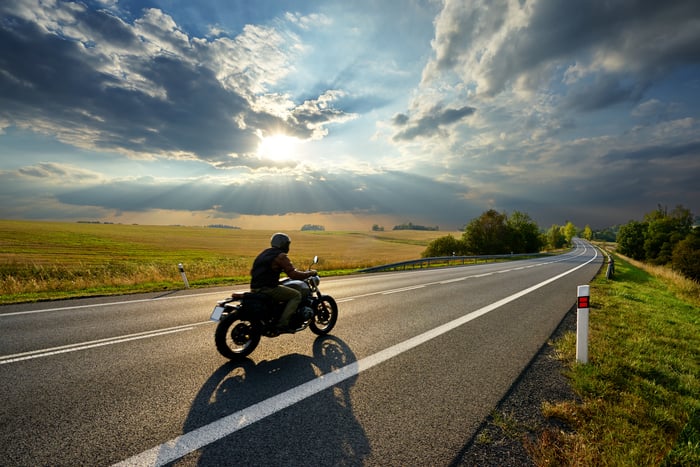 Investors aren't so much cheering Harley-Davidson's results as they are relieved that the numbers weren't worse. Consumers are still not buying loud motorcycles in the numbers they once did, and we don't see a reversal taking place anytime soon. The risk with a consumer discretionary stock like this is that consumers decide their money is spent better elsewhere, and until that turns around, this will be a high-risk stock. And I'm not seeing enough of a turnaround to jump in today.