For the troubled motorcycle maker, there's a big difference between "better than expected" and actually being on course to shift from contraction to growth.

Through the last few years, Harley-Davidson (HOG 0.43%) has suffered. The sales environment has been tough for the maker of classic American motorcycles, as shifting consumer preferences and its relatively high prices have driven customers elsewhere.

Based on the latest earnings report, released Tuesday, the situation doesn't appear to have improved thus far in 2019. According to the report, Harley's total worldwide sales fell 4.9% in the first nine months of the year.

In the third quarter, Canada and Asia were Harley-Davidson's only growth markets. According to the earnings release, U.S. unit sales slid by 3.6% year over year while international sales rose 2.7%. Its failure to recover its traction in the domestic market has been an ongoing issue for Harley, and the gains it has made in foreign markets haven't been enough to compensate for its poor performance at home. Combined, the number of motorcycles sold this quarter fell by 1.2%. 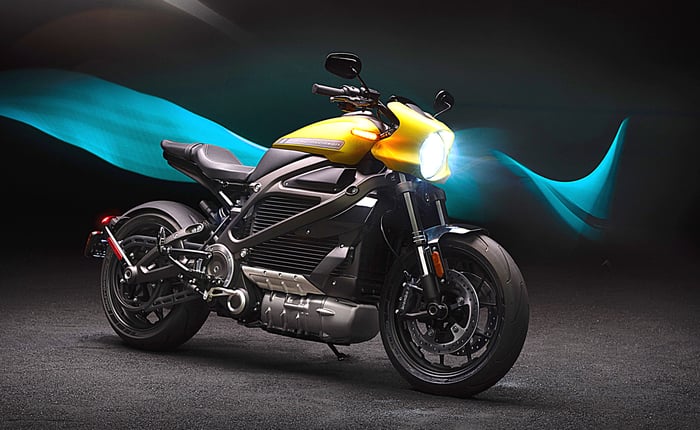 Overall revenue for the motorcycle and related products segment was down 4.9% in the quarter. Motorcycle revenues declined 5.2% year over year to $779 million. Parts and accessories revenue dropped by 4.3%. General merchandise gained 3.5% to a little over $60 million in sales, but it's a relatively small part of the overall revenue stream. Gross margins slipped 100 basis points to 29.9% while operating income took a big 28.5% dip to $46.97 million and operating margins slid 140 basis points to 4.4%.

On a GAAP basis, earnings were $0.55 per diluted share. That's 19% lower than the $0.68 per diluted share earned in Q3 2018. On an adjusted basis that excludes restructuring and impairments, Harley-Davidson earned $0.70 per share, compared to $0.82 per diluted share a year prior. Those results beat Wall Street's consensus estimates, which helps explain why traders bid the stock upward after the report's release.

It's also noteworthy that the company's sales plunge has slowed markedly, improving from an 8.4% slide in the second quarter to just a 1.2% decline in Q3.

The good, the bad, and the stock price

Despite the downward-trending financial metrics, the third quarter was a relative improvement for Harley-Davidson. That being said, it has a long way to go.

The company will have a tough time creating meaningful growth internationally when the global economy is showing clear signs of slowing. Europe has been struggling for some time to find traction, and Germany is arguably already facing a recession. The Chinese economy is growing at its slowest rates in years. These headwinds could diminish demand for expensive motorcycles overseas and begin to mimic Harley's weakness domestically.

Harley-Davidson stock itself seems relatively safe at the moment thanks, in large part, to its current low valuation. This consumer discretionary stock pays a dividend now yielding a strong 4%, and it still has a solid balance sheet. There is not a ton of downside risk from here. Unfortunately, I don't see huge catalysts for upside either.

Harley-Davidson's traditional motorcycles are expensive. Its new Livewire electric bike, which is meant to appeal to a different demographic than its core customer base, is expensive too. At $29,900, it's way too pricey to draw in the young riders Harley needs -- and it has had production issues as well.

This is what Harley-Davidson doesn't seem to be learning. Its failure to produce a competitively priced lineup is a major reason it has fallen out of favor with younger consumers who don't necessarily share the nostalgic view of the brand held by prior generations of motorcycle enthusiasts.

Though its sales decline slowed down, it's far from clear whether that signals the company is on track to reverse the trend and start showing genuine growth soon. It could just mean sales are nearing a new equilibrium after so many years of declines. Given that fourth-quarter guidance doesn't suggest much in the way of growth, I wouldn't bet just yet that Harley-Davidson is about to find the accelerator again.