Please ensure Javascript is enabled for purposes of website accessibility
Log In Help Join The Motley Fool
Free Article Join Over 1 Million Premium Members And Get More In-Depth Stock Guidance and Research
By Rob Williams - Nov 2, 2019 at 6:12AM

The credit card giant has some exposure to a weakening economy.

Capital One Financial (COF 5.64%) is among the nation's top 10 banking institutions. It's known best as a credit card issuer, and that exposure to unsecured loans makes it potentially vulnerable to a slowing economy.

Recently, growing recession worries, lackluster earnings growth, and signs of deteriorating credit conditions have weighed on Capital One's stock, which hasn't hit a record high in two years. Investors are concerned that a possible recession that would lead to job losses, greater dependence on credit cards for everyday spending, and a greater incidence of bad-loan write-offs could have an outsized effect on Capital One. With that in mind, let's take a look at how Capital One has done in past periods of economic stress and what that suggests about its current prospects. 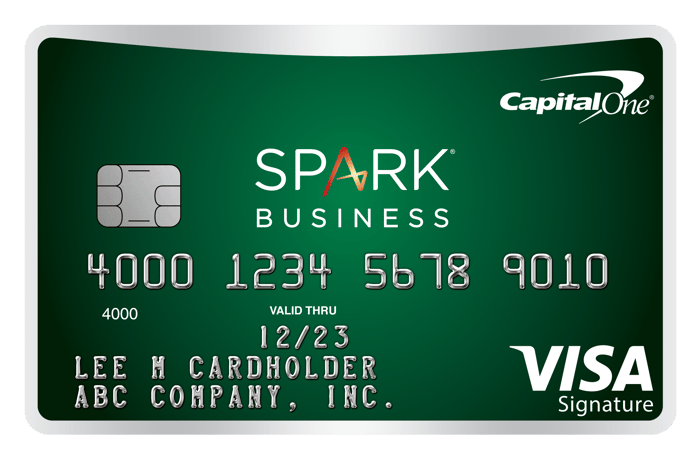 A look back and a look ahead

Past recessions have been painful for Capital One shareholders. The stock's price fell almost 70% from peak to trough during the 2001 recession. That paled in comparison to the more than 90% decline from the peak of the housing bubble in 2006 to a low in 2009, when the market bottomed out during the Great Recession. It took a lot longer for Capital One's stock to recover than it did for the broader stock market.

While the credit card giant's revenue growth has been consistent since the last recession, there are signs of growing trouble for Capital One and other credit card issuers. The industry's charge-off rate -- which measures the percentage of loans it's unlikely to collect -- rose to a seven-year high of 3.8% in the first quarter of 2019, according to data compiled by Bloomberg Intelligence.

Capital One's charge-off rate for its domestic credit card business also hit a seven-year high of 5% early this year before declining slightly to 4.9% in the second quarter and to 4.1% in the third quarter. However, those declines are typical with seasonal trends. Charge-off rates tend to jump at the beginning and end of each year, coinciding with higher credit card spending during the holidays.

While charge-off rates are a backward-looking measure of performance, adjustments to its loan-loss reserves can indicate sentiment about the short-term outlook. Capital One cut its loan-loss reserve in the third quarter, releasing $55 million from its domestic card reserves instead of building them up to cover possible losses. The release was minor in relation to the company's assets, but at least the bank didn't boost reserves.

More broadly, Capital One's earnings fell 11% to $1.33 billion in the third quarter from a year earlier. Net revenue was little changed at $6.96 billion, but net interest income slipped 1%, as the Federal Reserve's cuts to interest rates were felt across the banking industry.

Perhaps most troubling is that comparisons to other financial institutions suggest some company-specific issues for Capital One. Among peers like American Express (NYSE: AXP) and Discover Financial (NYSE: DFS), Capital One has the lowest price-to-book ratio. That lower valuation seems warranted, as Capital One's charge-off rate of 4.1% and 30-day delinquency rate of 3.7% -- another measure of loan portfolio quality -- are elevated compared with American Express' and Discover's rates.

American Express reported a 30-day delinquency rate of 1.5% and a charge-off rate of 2.1% for the third quarter, the lowest for the industry. The company mostly issues charge cards that don't carry revolving balances, while also focusing on corporate accounts and higher-income individuals who pay their bills in full each month. That lessens its risk, especially as economic conditions deteriorate.

Investors are responding to those metrics by giving Capital One a much lower valuation based on common metrics used in the industry. For instance, Capital One's price-to-book ratio is currently just 0.8, an extremely low measure that suggests a particular lack of confidence in the bank. By comparison, American Express has a price-to-book ratio of 4.4 right now, while Discover weighs in at 2.5. Again, that lower value seems appropriate for Capital One, given its higher exposure to subprime creditors and the greater possibility of slower economic growth.

Investors should watch Capital One's results closely for signs of further weakness. A jump in Capital One's charge-off rates in the next couple of quarters will be an ominous sign that credit conditions may be deteriorating. Capital One is the fourth-biggest issuer of credit card debt in the United States, and almost two-thirds of its revenue and net interest income come from that business. Any problems there would have repercussions across the entire company.