Ubiquiti (NYSE:UI) provides wireless network hardware and software, with a focus on emerging markets. The stock has experienced substantial volatility over the past year. Shares surged almost 40% following its February 2019 earnings report, then plunged 24% after its May earnings announcement, and dropped 18% following August's update.

The stock was up 19% year-to-date going into last week's Q1 fiscal 2020 earnings release, and the well-received numbers launched it to a new all-time high, climbing more than 30% to $176. This stock certainly had a wild ride, but it seems unlikely that an $11 billion company's fundamentals are changing that substantially so rapidly.

The company's growth looked great in the most recent quarter

Ubiquiti reported 14.3% revenue growth and 23% GAAP earnings-per-share growth, bringing three-year compounding growth rates for the top and bottom lines to 20% and 15%, respectively. The company enjoyed revenue growth across both its service provider and enterprise technology segments, with most of the gains coming in North America, though sales rose in every geographical region. Ubiquiti's stock pays a small 0.68% dividend yield. But the company is also repurchasing shares aggressively, spending nearly $400 million on buybacks in the most recent quarter, which helped deliver higher earnings growth for investors. 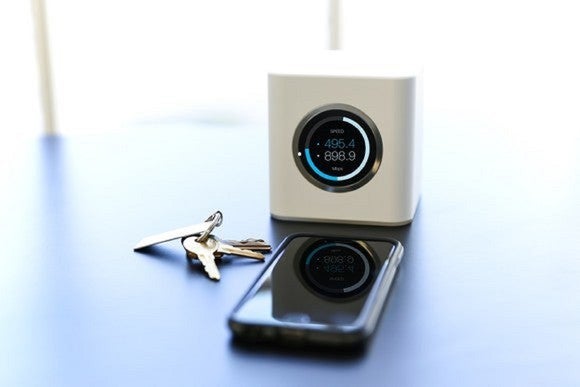 Ubiquiti hasn't held an earnings conference call in 2019, there isn't any guidance in its financial filings, and there's only limited explanation of the major revenue drivers in the company's earnings releases. As a result, the company's financials are somewhat less predictable than companies that publish more in-depth itemization, forward-looking statements, and handle analysts' questions.

Before the 30% leap in share prices, the stock looked like it might be a strong value play, but the earnings jump may have driven shares into riskier territory.

Ubiquiti's forward price-to-earnings ratio of 31 is on the high end among mid and large-cap communication equipment companies. Price-to-free-cash-flow is a hefty 41.7, which is roughly double the peer group average. The stock's EV/EBITDA at 27.1 is among the highest for large-cap communication hardware companies, many of which, such as Zebra Technologies and Ciena are closer to 15. For Ubiquiti's PEG ratio to be in line with the industry average of 1.5, forward earnings growth would have to be 20%.

Does a strong outlook justify the price tag?

Ubiquiti has a strong product portfolio, and its growth will be supported by the overall expansion of connected devices and data transmission. As 5G takes hold in the next decade, this will be one of the stocks in position to benefit. Ubiquiti has new generations rolling out in multiple, key product lines, such as routers and switches. The company seems very comfortable allocating capital to share repurchases while delivering exceptional growth and providing opportunities for market appreciation and shareholder earnings to outpace company profits.

It's hard to identify a single valuation metric that suggests Ubiquiti is cheap, but several ratios indicate that this could be an expensive opportunity to gain exposure to fundamentals. The stock is almost certain to remain volatile moving forward, which could be extremely problematic if market conditions deteriorate in the next 12 to 24 months.

While the long-term outlook remains strong, there could be some challenging times ahead if capital expenditures in the wireless and internet-of-things world start dwindling amid tougher economic conditions. That is not to say that the company is in danger of bankruptcy or closing down in those scenarios, but rich valuations typically do not require much disturbance to falter toward the downside. Anyone buying in on the long-term opportunity here should have some stomach for volatility.