Hubspot (NYSE:HUBS) shares have struggled since August, falling 30% from the stock's all-time high of approximately $205. The marketing and customer relationship management (CRM) software company's latest dip followed its Nov. 5 announcement of its Q3 earnings, despite reporting a 33% revenue increase and results that exceeded analysts' estimates on both the top and bottom lines. The company forecasted $181 million in revenue and earnings per share of $0.40 to $0.42 for Q4. Analysts were expecting $0.44 earnings per share for the next quarter, which caused some weakness.

These were mostly positive results that were a pleasant surprise and extended the company's rapid growth, which has averaged 41.2% over the past three years. Even the perceived bad news was relatively modest. In an earnings call, company management discussed some delays in hiring and the future effects of annualizing price increases in late 2018. Both are minor, known issues that the company is addressing. Even the disappointing Q4 forecast is only modestly lower than analysts' expectations, and it represents the shortest possible time frame for forecast results. 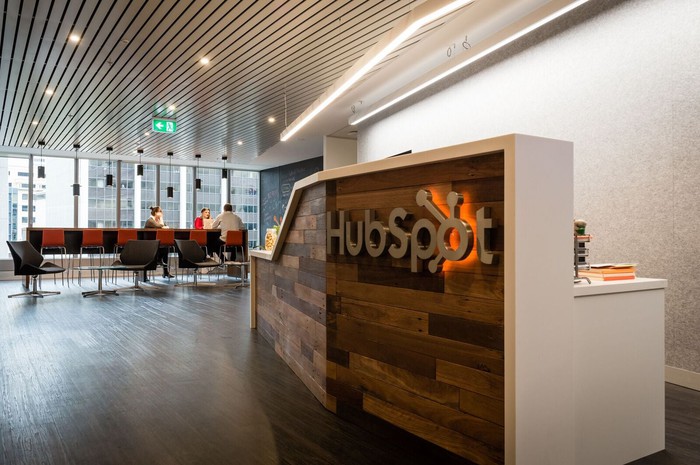 It's easy to label the stock's slide as an overreaction that departs from its past performance. But it could very well be a predictable, deeper issue that's inherent in growth stocks — aggressive valuations and high expectations are more sensitive to bad news and market downturns.

Hubspot's valuation is expensive, but not compared to peers

Hubspot carries a forward price-to-adjusted-earnings ratio of 88.5, which is exceptionally high. Even adjusting for bullish growth outlooks, the stock still has a 2.05 PEG ratio. It also trades at more than 80 times its free cash flow and nearly ten times its book value. The company has operating losses, negative EBITDA, and does not pay a dividend, so it can't even be evaluated on metrics related to those fundamentals.

These figures are noteworthy compared to other large application software companies, such as Oracle and SAP, that have much more modest growth outlooks and correspondingly modest P/E and PEG ratios. Splunk and BlackLine may be noteworthy examples of comparable enterprises with similar growth trajectories and cheaper valuations, but these companies also have different capital structures and solve different problems than CRM and marketing software firms.

However, Hubspot's valuation seems more reasonable when it's compared directly to competitors with similar growth outlooks, such as salesforce.com (NYSE:CRM) and Zendesk (NYSE:ZEN), which have forward P/E ratios of 52.6 and 131.5, respectively. Along with those two, Workday (NASDAQ:WDAY) has a PEG ratio above 2.5. To gain exposure to enterprise software companies with Hubspot's growth outlook, investors should generally expect to pay a premium that's at least as high as Hubspot's.

On a growth adjusted basis, Hubspot might very well be the most attractive valuation in its niche. However, this valuation assumes continued exceptional growth for the CRM and marketing software industry as a whole, with Hubspot maintaining or even growing its share. It's a crowded marketplace with dozens of formidable smaller niche players, as well as giants like Adobe, Cisco, IBM, and Hewlett Packard Enterprise. All of these companies offer solutions that compete directly with Hubspot's growing portfolio.

It is hard to claim that salesforce.com and Zendesk are clear, superior substitutes, but there are cheaper, broader application software names at both the high and low end of the growth spectrum. Hubspot bulls are betting on the company's outperformance in a very competitive landscape, as well as the sustained explosion of marketing software. There's nothing necessarily wrong with that conviction, but this stock has clearly demonstrated the downside volatility risk that will creep into the picture if growth outlook sours or market conditions deteriorate. Shareholders should be aware of that risk.